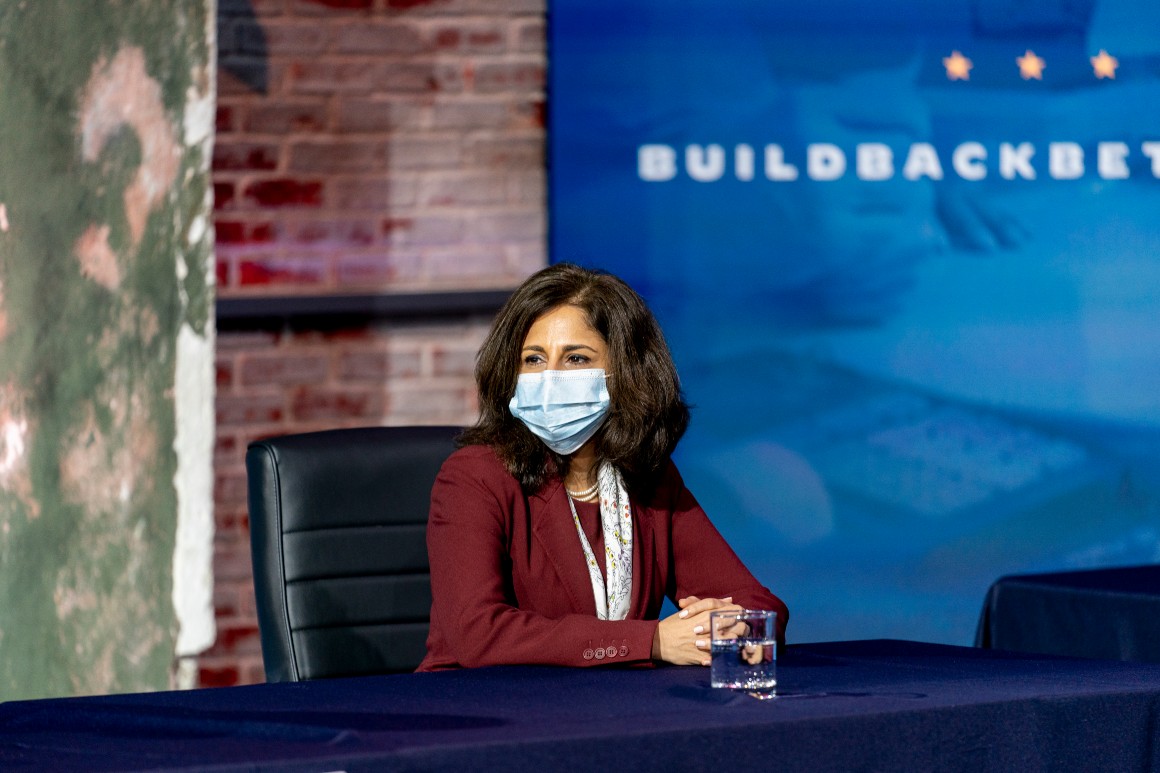 Reports emerged over the weekend that Biden planned to nominate Tanden, a former senior policy adviser to both Barack Obama and Hillary Clinton’s presidential campaigns, as director of the Office of Management and Budget. The president-elect introduced Tanden as his OMB director-designate at an event on Tuesday in Delaware.

Since her initial announcement, Senate Republicans have protested Biden’s pick to lead the powerful executive branch agency, complaining about old social media posts from Tanden. A prolific Twitter user, Tanden is president of the Center for American Progress, a prominent liberal think tank.

Sen. John Cornyn (R-Texas), one of Tanden’s more outspoken Republican opponents, described her this week as “radioactive” and said her intended nomination by Biden is “really a misstep by the administration.”

“It’s pretty crazy to me to think that she can go back and … eliminate all the tweets that she’s sent out over the last, whatever, months, years,” Cornyn said.

In formally unveiling his economic team on Tuesday, Biden praised Tanden as “a brilliant policy mind with critical practical experience across government.” For her part, Tanden expressed her belief that government should “serve all the American people — Republicans, Democrats, and independents alike.

Tanden has received markedly more public pushback than the other intended nominees announced by Biden in recent days, who have been mostly regarded as neither too centrist by Democratic progressives nor too left-leaning by the party’s moderates.

Supporters of Sen. Bernie Sanders (I-Vt.) have also been upset by Tanden’s selection, casting her as a Clinton loyalist who helped tank his presidential ambitions.

Biden’s transition team is anticipating fierce confirmation battles over his Cabinet picks, and preparing for Republicans’ possible slow-walking of his nominees by focusing on naming candidates for government roles that do not require Senate approval.

Of course, the fate of the president-elect’s Cabinet and likely that of his legislative agenda is dependent on Senate Majority Leader Mitch McConnell (R-Ky.), with whom Biden has boasted about being able to strike deals in the past.

“I think there are trade-offs, that not all compromise is walking away from principle,” he added. “He knows me. I know him. I don’t ask him to embarrass himself to make a deal.”