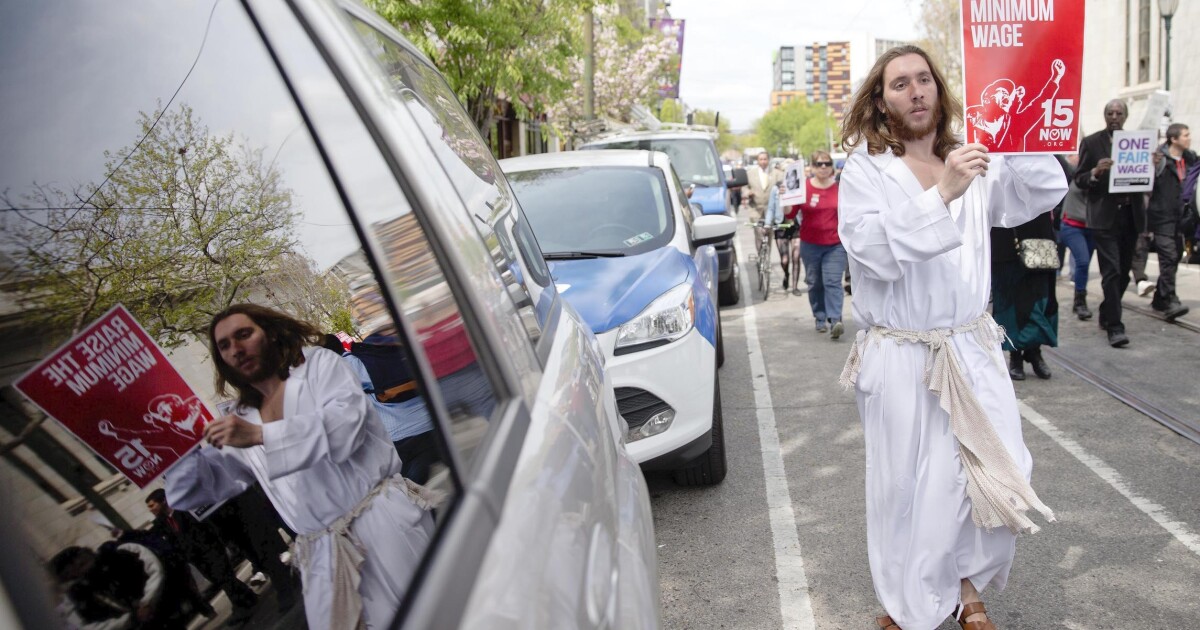 President-elect Joe Biden’s administration is likely to push for raising the minimum wage at the federal and local levels next year through any means available.

Biden’s economic team includes several labor economists who are expected to push for increasing worker earnings through executive actions, federal legislation in Congress, and use of their bully pulpit to encourage state and local governments to raise their own minimum wages.

Much of Biden's ambitious liberal campaign agenda has been imperiled by Democrats' inability to win a strong majority in the Senate. Raising minimum wages, though, is one goal that liberals see as achievable in the circumstances. Former Chicago Mayor Rahm Emanuel wrote this week that Biden could persuade a handful of centrist Republican senators to join Democrats in raising the minimum wage.

Those expected to help with this push include Cecilia Rouse, a well-known labor economist, who has been chosen to head Biden’s Council of Economic Advisers. She will be joined on the council by two other strong proponents of minimum wages, Jared Bernstein and Heather Boushey.

“If they have any levers to raise the national minimum wage, they definitely will,” said Claudia Sahm, a former Federal Reserve economist who worked closely with Boushey for much of the past year at the Washington Center for Equitable Growth, a liberal think tank.

Liberal economists say they hope it will be easier to convince the public of the benefits of a minimum wage hike during the coronavirus pandemic.

“It's long overdue since the last raise was in 2009 to $7.25,” said Gbenga Ajilore, an economist at the Center for American Progress, a liberal think tank.

“There's been a lot of academic work in the past five years showing the positive benefits of a wage raise on poverty, which has been made worse by the pandemic,” Ajilore said.

It will be tough for Biden to fulfill his campaign promise to raise the federal minimum wage to $15 next year due to the fact that Republicans are likely to keep control of the Senate for at least the next two years. But, Sahm noted, the Biden administration could raise the minimum wage for federal workers through executive action. This would likely be one of the first economic actions by the new administration, Sahm said.

Besides trying to use a plethora of executive actions, Sahm said it is likely that Biden’s economists will use their platform in the White House to change the conversation around the minimum wage and persuade skeptics of its benefits.

“They are going to put front and center that there are only upsides to raising the minimum wage raising,” said Sahm.

The implications of raising the federal minimum wage to $15 an hour are hotly debated. Supporters of the increase say the policy could help address poverty by giving workers more money. Critics, however, warn it could cause jobs to be cut because of the increased cost of labor.

Biden’s economists will likely point to recent research by Boushey’s own think tank, Equitable Growth, Sahm said. The liberal think tank has put out multiple studies in the past few years that support the notion that raising the minimum wage is beneficial for low-income workers. According to one analysis by the think tank, it is possible to raise the minimum wage “without causing significant job losses.”

Biden said during one of the presidential debates in October that there is “no evidence” that raising the minimum wage kills businesses.

Liberal economists and Democrats say that raising the minimum wage is unlikely to have a significant negative effect on jobs because of the monopsony power that employers have. Monopsony power, where employers hold market power in hiring, causes wages to be suppressed to a lower level than the value workers contribute.

Liberals argue that wages have not kept pace with the economic growth of the past few years and that businesses can afford to pay their workers higher wages.

Sahm, who was the director of macroeconomic policy at Equitable Growth until earlier this year, said she expects Biden economists to ignore or discredit any studies that highlight the downsides of raising the minimum wage. She said such intellectual dishonesty was dangerous and occurred at Equitable Growth when she was there as well. Sahm said the think tank would only fund and publish the research of scholars highlighting the benefits of a minimum wage hike, without considering the downsides.

Conservatives often point to studies that show that raising the minimum wage would destroy jobs, approximately 2 million by 2027, according to one study by the conservative Employment Policies Institute, if all 50 states mandate the $15-an-hour wage rate.

Some liberals, however, say that Boushey and other progressive economists have had some success in shifting the conversation on the minimum wage in their favor.

Florida, a red state which President Trump carried in November, which also has a Republican governor and state Legislature, passed a ballot initiative to raise the minimum wage to $15 per hour by 2026, from its current rate of $8.56.

“There has been a shift in the academic consensus on the minimum wage causing lower employment,” said Ajilore from the Center for American Progress.

He said the realization of employers' market power has caused this shift to occur.

“There’s less pushback these days on raising the minimum wage increases from conservatives and others,” said Ajilore.

“If you look at momentum now, versus 10 years ago, when people were flipping out about a $10 minimum wage, but now, we have $15 an hour in many states,” Ajilore added.

Washington Metro to start ticketing for fare skipping in November

The cavalry is coming. New Hampshire sending National Guard to the...