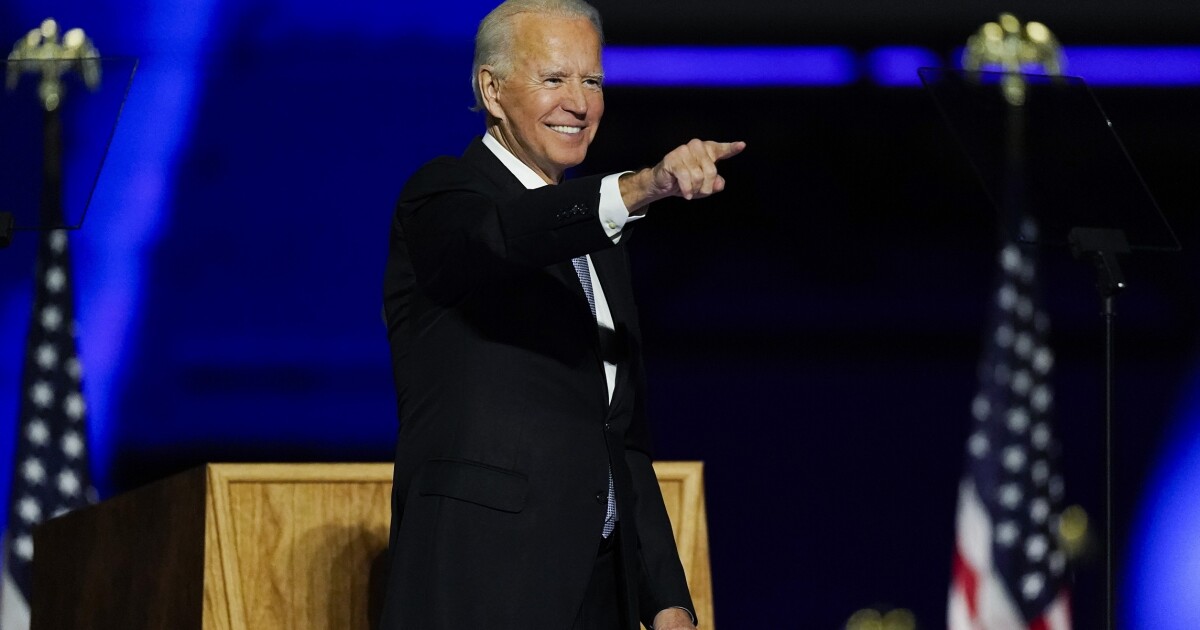 President-elect Joe Biden said that the $900 billion COVID-19 package passed by Congress in mid-December, as bloated and wasteful as it was, was merely a “down payment.” He promised that if Democrats won a Senate majority, they would immediately pursue another massive spending bill including $2,000 “stimulus” checks for many people.

“By electing [Democrats], you can make an immediate difference in your own lives, the lives of people all across this country, because their election will put an end to the block in Washington of that $2,000 stimulus check, that money that will go out the door immediately to help people who are in real trouble,” Biden said on the campaign trail Monday afternoon.

Now that Democrats have won both Georgia Senate seats, this proposal (already passed by the Democrat-run House of Representatives) has a much stronger chance of becoming reality. That’s good news, right?

Not so fast. Here’s the thing: This spending proposal might sound great at first glance (who wouldn’t want a “free” $2,000 check?), but it’s seriously flawed.

It won’t actually “stimulate” the economy, for one.

Plus, the main economic problem right now is not demand but remaining harsh restrictions on supply.

States such as California and New York continue to impose punishing but ineffective partial COVID-19 lockdowns. No amount of “stimulus” can revive an economy where many peoples’ livelihoods are still illegal and where those lucky enough to be working wish they could spend their savings as if times were normal, but they can't.

The Democrats’ stimulus check proposal is badly targeted, so a lot of the money won’t go to those who actually need help. This leads to absurd results. As I wrote for the Foundation for Economic Education: “A single adult with a $100,000 salary would get $750 courtesy of the US taxpayer—even if their (rather sizable) income hasn't been disrupted at all. A married couple with 3 kids with a household income of $200,000 would get $7,500 (!!!) in taxpayer money.”

Why should working taxpayers have to fund handouts for relatively affluent families? Especially ones who haven’t even lost work or been laid off during the COVID-19 crisis?

This isn’t relief for the desperate — it’s comfort for the comfortable. Remember that many people used their first stimulus checks for drugs, pornography, and luxury purchases.

Oh, and don’t forget that because the stimulus check proposal would use outdated 2019 income tax data to determine eligibility and that more checks will be sent to dead people and random European citizens.

There’s no such thing as free money. The Democratic proposal would cost $438.6 billion over a decade, which comes out to roughly $3,230 per federal income taxpayer. That's on top of the taxpayer costs of the checks that have already gone out. We’ve already just about bankrupted the country to pump $3 trillion in stimulus and relief spending into the economy. With Democrats taking control of Congress, we could soon see future generations further indebted simply to fund a “stimulus” proposal that sounds great but really amounts to handouts to the affluent and unaffected.

Biden was right that if Republicans had kept the Senate, GOP Majority Leader Mitch McConnell would likely have ensured that the $2,000-checks-for-all proposal never saw the light of day. But far from some injustice, the death of this proposal would actually have been a better outcome for the economy and taxpayers.

Brad Polumbo (@Brad_Polumbo) is a Washington Examiner contributor and Opinion Editor at the Foundation for Economic Education.

Joe Manchin, captain of the Senate