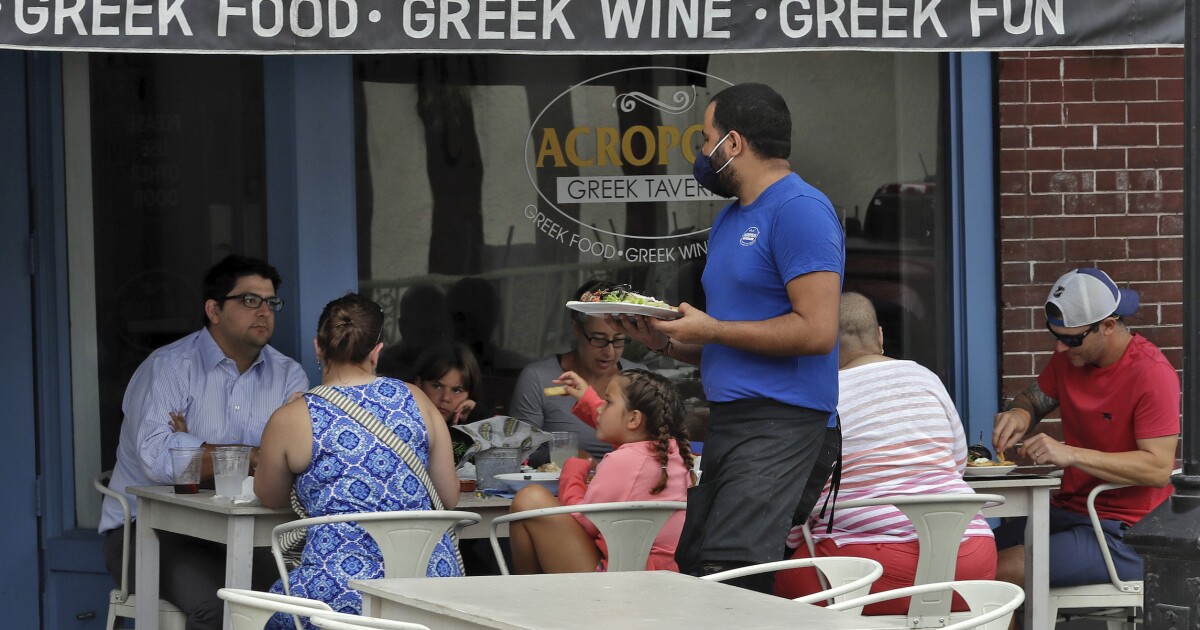 President Biden says he wants to help restaurants “get back on their feet” after COVID-19. But his recent proposal to raise the federal minimum wage to $15 an hour and alter the payment model for tipped workers would do just the opposite. I would know. His preferred policy, which is already law in seven states, left me without a job.

I’ve worked in full-service restaurants for three decades, first in Indianapolis and then in Seattle. Waiting tables provided a stable income to support my son, go to school, and pursue my passion for theater. Working 20 to 25 hours per week, I earned more than many of my friends who worked 40-hour desk jobs.

Tips aren't just an added bonus — they are my income. In 43 states, servers and bartenders can be paid a lower base wage, but they are legally required to earn at least the relevant minimum wage with tips included. In the remaining seven states, restaurants must pay the full minimum wage regardless of an employee's tips.

Even if a server earns $200 in tips on a Friday night (effectively a $50 hourly wage), these seven states treat her as if she’s earned nothing. This is the approach Biden would expand nationally.

I’ve worked under both systems: Indiana follows federal law on the treatment of tips as income, whereas Washington state prohibits this approach. When I first moved to the West Coast, I was pleasantly surprised that my hourly base wage was roughly four times higher than before. But I soon realized this was a curse, not a blessing.

Seattle prides itself on having one of the country’s highest minimum wages — currently $16.69 for larger employers. As the city’s wage floor rises, full-service restaurant operators are seeing the required minimum wage for tipped employees rise faster than customers are willing to pay in price hikes.

To solve this problem, many Seattle restaurateurs, including my former employer, adopted a service charge model. Under this new payment system, all customers were charged 20% of their bill — not as a gratuity for the waiter, but as a mandatory charge. A portion of this money was returned to tipped workers, but the rest was used to fund required minimum wage increases and other expenses.

As a direct consequence, my dropped dramatically. The increase in my base wage did not make up for the loss of tips. I did the math. I would have been better off waiting tables in Indianapolis and earning my customary 20% to 25% tip, even though my base wage was far lower.

Eventually, the numbers stopped working for my boss as well. At the start of 2020, he closed my restaurant for good.

My story isn’t unique. Before the pandemic wreaked further havoc on the nation’s full-service restaurants, the policy combination that Biden now endorses, a $15 minimum wage with no accounting for tips, was causing quite enough damage already. Numerous high-profile restaurant operators in Seattle closed up shop at the end of 2019, citing labor costs and other pressures. San Francisco, another city adopting this scheme, lost restaurant jobs in both 2018 and 2019. a Harvard study tied restaurant closures to the city's higher wage floor.

Even the Restaurant Opportunities Center, the advocacy group that Biden credits as his inspiration for this proposal, had difficulty with its preferred approach: Last year, its New York City restaurant COLORS closed its doors, with the head chef citing an inability to make the financial model work.

I’m a Democrat; Biden’s values are often my own. But I’m deeply concerned about the consequences for restaurant workers should he export the Seattle model to the rest of the country. If Biden is really serious about helping restaurants, he can start by dropping this destructive plan that would upend their business model.

Simone Barron is a restaurant worker in Seattle.