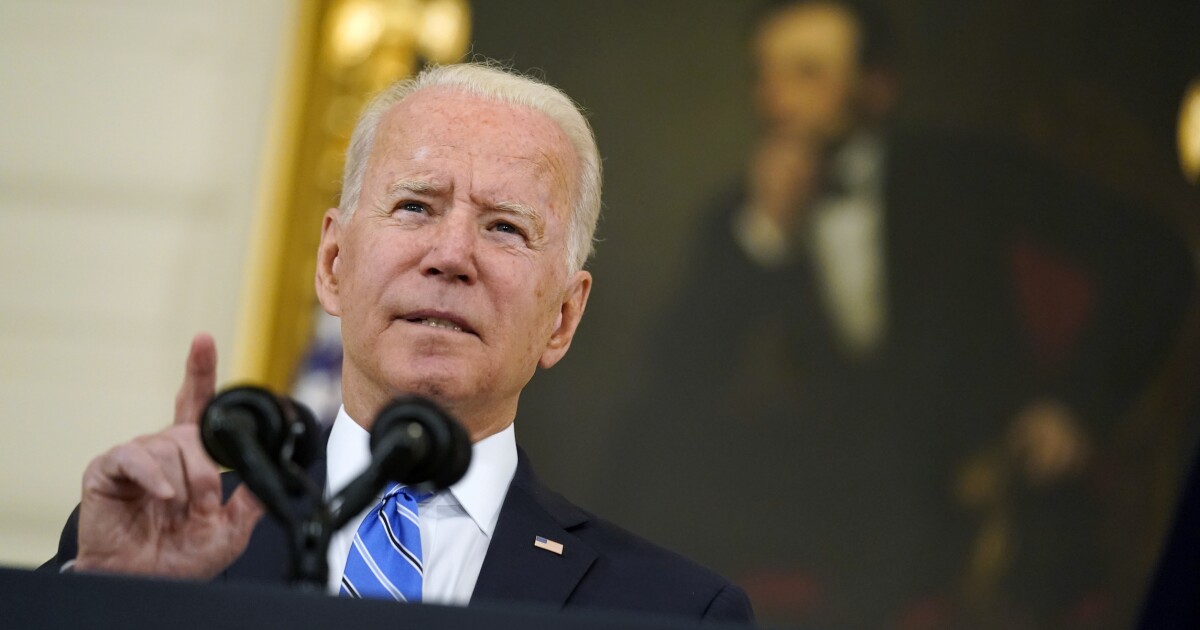 Inflation is hurting families. Consumer prices have risen roughly 7% over the last year, real wages are actually declining, and families are paying more every month just to buy the same things. With these inflation alarm bells ringing, President Joe Biden just came out with his supposed “solutions” — and they’re a total joke.

For one, in a recent speech, the president blamed market concentration and corporations for rising prices.

“Competition results in lower prices for families,” Biden said. “But what we’ve seen over the last few decades is less competition and more concentration that literally holds [the] economy back.”

This makes no sense. While competition is indeed good for our economy, markets haven’t suddenly become much more concentrated and monopolistic over the last year. Corporations are not any greedier or more willing to price-gouge now than they were five or 10 years ago. Yet the inflation phenomenon has been new over the last year. Biden clearly is misdiagnosing the roots of this problem.

He’s also hawking antitrust proposals, which would “break up” targeted companies he thinks have too much market dominance and are thus raising prices. But this would have little impact on inflation.

You don’t have to take my word for it.

A recent IGM survey asked top economists whether “dominant corporations in uncompetitive markets taking advantage of their market power to raise prices in order to increase their profit margins” was a “significant factor” behind the current inflation. Weighted for confidence, 79% of the economists said it was not. Similarly, 84% disagreed that antitrust policies could “successfully reduce US inflation over the next 12 months.” (For what it’s worth, economists are notoriously disagreeable and vary across a wide ideological spectrum. They rarely agree on anything this resoundingly.)

Biden discussed regulations protecting consumers’ right to repair their own devices, allowing hearing aids to be purchased over the counter at lower cost, and going after worker noncompete clauses. Whatever one thinks of these policy proposals, it’s not hearing aid prices or iPhone repairs that are driving the inflation surge. They’re relatively minor prices that only constitute a tiny portion of this problem.

So, in all of the above ways, the president’s “inflation” solutions are embarrassingly inadequate and honestly laughable. They don’t address any of the real root causes of inflation.

Chief among these root causes is monetary policy. The Federal Reserve, America’s central bank, printed trillions of new dollars to “stimulate” the economy during the COVID-19 lockdowns. It flooded the economy with more money chasing the same (or even a shrinking) amount of goods.

That’s right: The single biggest cause of inflation is something Biden does not have direct control over. It’s the Federal Reserve’s wheelhouse.

However, the president can call on the Fed to rein in inflation. Biden could also nominate Fed officials who realize the harmful effect this kind of rampant money-printing has on inflation. Yet, to date, the president has done the opposite. He’s only made the problem worse, and it seems like Biden knows how precarious his situation is.

When Fox News reporter Peter Doocy asked the president whether inflation was a political liability for him ahead of the midterm elections, he got angry and called Doocy a “stupid son of a b****.” But that anger may have been projection.

Biden knows that his administration has no serious answers to the inflation crisis that’s on voters’ minds. His supposed solutions are a complete joke — and the public knows it.

Brad Polumbo (@Brad_Polumbo) is a co-founder of BasedPolitics.com, a co-host of the BasedPolitics podcast, and a Washington Examiner contributor.