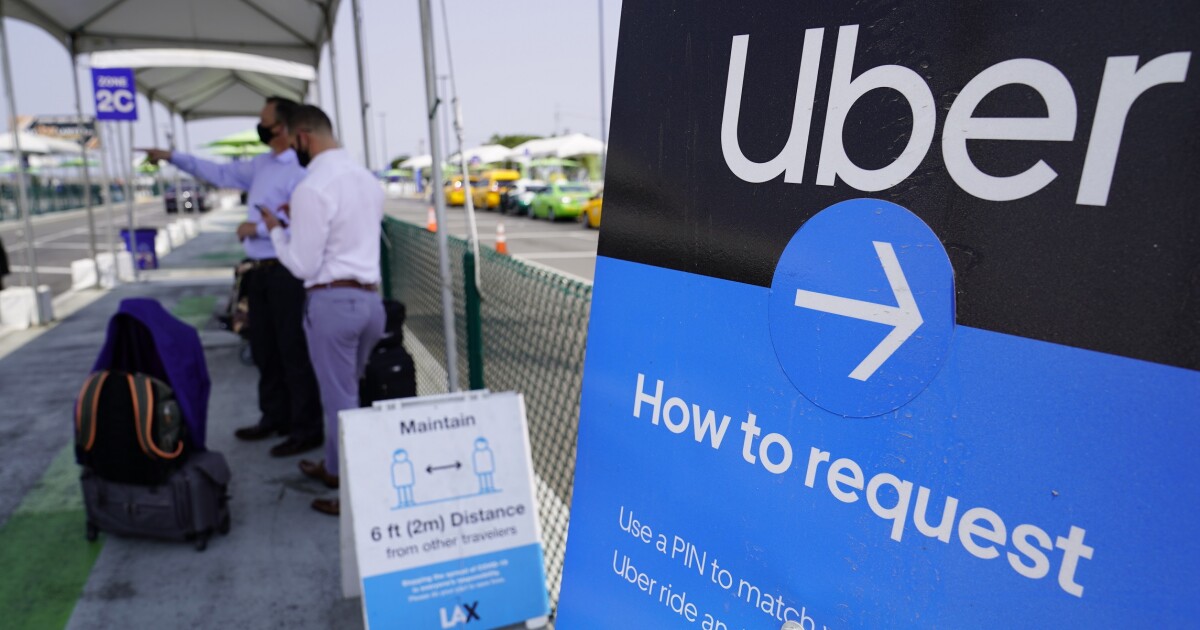 Given that it is election time, we are supposed to support the idea that we the people get our say — even if we may be deeply annoyed by what the people end up saying. Myself, I'm positively dancing with glee that the people said Proposition 22 should pass in California. It's a welcome addition to economic liberty and freedom, and that should be quietly celebrated. What turns it into an occasion for awkward-dad-dancing is that it's a stick in the eye for the political establishment, for the people really have spoken against what their rulers decided.

The background here is the entrance of Uber, Lyft, and other gig economy companies into the employment scene. The expansion of gig working, that is. Hundreds of thousands of people appear to enjoy this form of working, or at least they find it better than the alternatives, for they do it. This simply cannot be allowed, the California legislature said, for this means that such workers and their employers are free of the demands of vacation pay, minimum wage, health insurance, and the rest which the benevolent polity has loaded onto employment costs.

That is, and this will come as a shock to some, some, to many workers prefer to gain the cash and decide themselves how to allocate it across those things rather than have politicians in Sacramento tell them how they must. Politics could never allow this to rest, so a law labeled AB5 was passed. No choice was allowed in the matter — gig workers must be employees, and their compensation must be as politicians demand, the law said, not as the individuals concerned would prefer. It was so bad that if we were all living under California law, I would have to be classified as an employee merely for writing a certain number of columns for a publication. Which is an odd thing: Why would an Englishman living in Europe desire American healthcare insurance? Just to ask one question. The law really did go so far as to make regular freelance writers employees, even if the writer and the employer didn't want it to be so.

This wasn't the intent of the law, of course. The aim was to dish on Uber and Lyft. Mere incompetence in drafting led to the wider effects.

At which point, we have the route to a ballot proposition. Politicians may be able to pass laws, but Californians still retain the right to tell them what laws should be passed. That is what Prop 22 did: Change AB 5 so that those hundreds of thousands who happily (proven by the fact that they do) drive as gig workers get to keep doing so. Also, obviously, the millions who take the rides get to do so whatever the politicos might think of the choices of all involved.

Political orthodoxy in California is that the people shouldn't have such choices about how they make their living. At least on this subject, the people of California are brighter than this, with about 58% voting in favor of the ballot proposal. This is the land of the free, and why the heck shouldn't adults be allowed to work things out for themselves?

So, yes, a celebration is in order to celebrate this metaphorical poke in the eye for the know-nothings who would tell us how we must live. It's a matter of winning the battle but not yet declaring victory in the war, of course — there's about another 80% of California law that needs to be repealed before that can be claimed. But every journey of a thousand miles must start with a single step.

Tim Worstall (@worstall) is a contributor to the Washington Examiner's Beltway Confidential blog. He is a senior fellow at the Adam Smith Institute. You can read all his pieces at the Continental Telegraph.