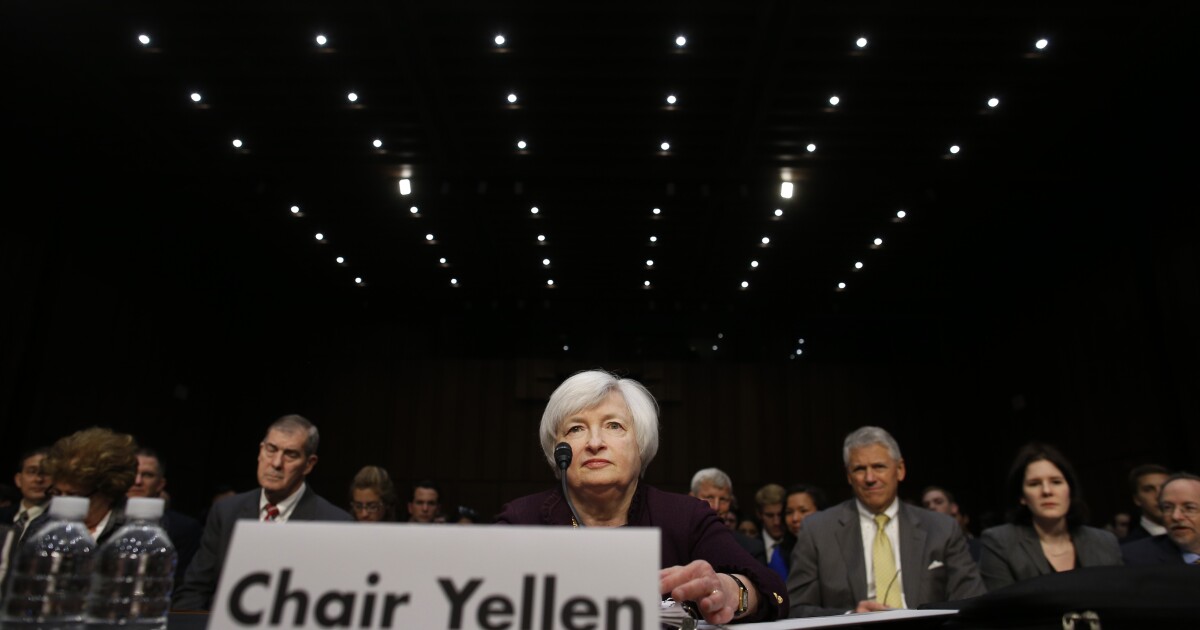 Conservatives say Janet Yellen, President-elect Joe Biden's intended nominee for treasury secretary, is a comforting choice who is unlikely to push forward an ultra-liberal agenda that other top choices might possess.

“She’s a great pick, especially given that could’ve been Elizabeth Warren or someone like that,” said Brian Riedl, an economist with the Manhattan Institute, a conservative think tank.

“Warren was campaigning for the job, and she would’ve brought a much more dangerous ideological element to the job,” Riedl said.

Conservatives told the Washington Examiner they are relieved with Yellen being picked because she is predictable, well respected, and likely to be centrist in her approach to governance.

“Biden picked her as a safe pick, she won’t be like a bull in a china shop,” said Jason Pye, vice president for legislative affairs at FreedomWorks, a free-market group.

“Yellen has a lot of credibility as former Fed chair, and she is a known quantity, you know what you’re going to get because she’s such a front-facing figure,” Pye said.

Yellen, 74, was the first female head of the Federal Reserve's governing body, serving as chairwoman from 2014 to 2018 after rejoining the board in 2010. She had previously been a governor during President Bill Clinton's administration from 1994 to 1997 but left to lead his National Economic Council.

President Trump said in November 2017 that he respected Yellen and called her “a wonderful woman who has done a terrific job.”

She is a Keynesian economist who believes that markets are fundamentally flawed and need government intervention in order to function properly. Yellen is considered to be a “dove” in economics, or someone who is more concerned with unemployment than with inflation. She has focused much of her academic research on jobs and employment.

Conservatives agree that although they don’t like Yellen’s Keynesian approach, she is a mainstream left-of-center leader who has the right experience to be treasury secretary. Biden has not yet announced a nominee for the role, but multiple news outlets reported that Yellen is expected to be his pick.

“When a Democrat wins the White House, you’re probably going to get a Keynesian economist,” said Stephen Moore, one of Trump's top outside economic advisers. He added that he liked Yellen and that she was a “fine Fed chairman.”

Conservatives are particularly pleased that Yellen has been vocal about her concerns regarding the “unsustainable” path of the rising national debt.

“I don’t think she’ll necessarily be a budget hawk, but she will be a good guardian of the Treasury so we don’t have runaway deficits and spending that would’ve happened under other Democrats,” said Moore, who is also a contributor to the Washington Examiner.

Riedl said he “laughed at the Left” for those who attacked Yellen this week for her previously expressed belief that the long-term national debt trajectory has to be dealt with.

One reservation some conservatives have regarding Yellen is the possibility that she will be more ideological as treasury secretary in the coming months than she has been in previous posts.

“Yellen won’t be as constrained or reserved as she was as Fed chair, she can let her more progressive tendencies show. That’s a little concerning,” said Pye from FreedomWorks.

“That doesn’t mean she’s going to go crazy, but I don’t trust her when it comes to Biden’s agenda on banking regulations being ramped up and stuff,” Pye added.