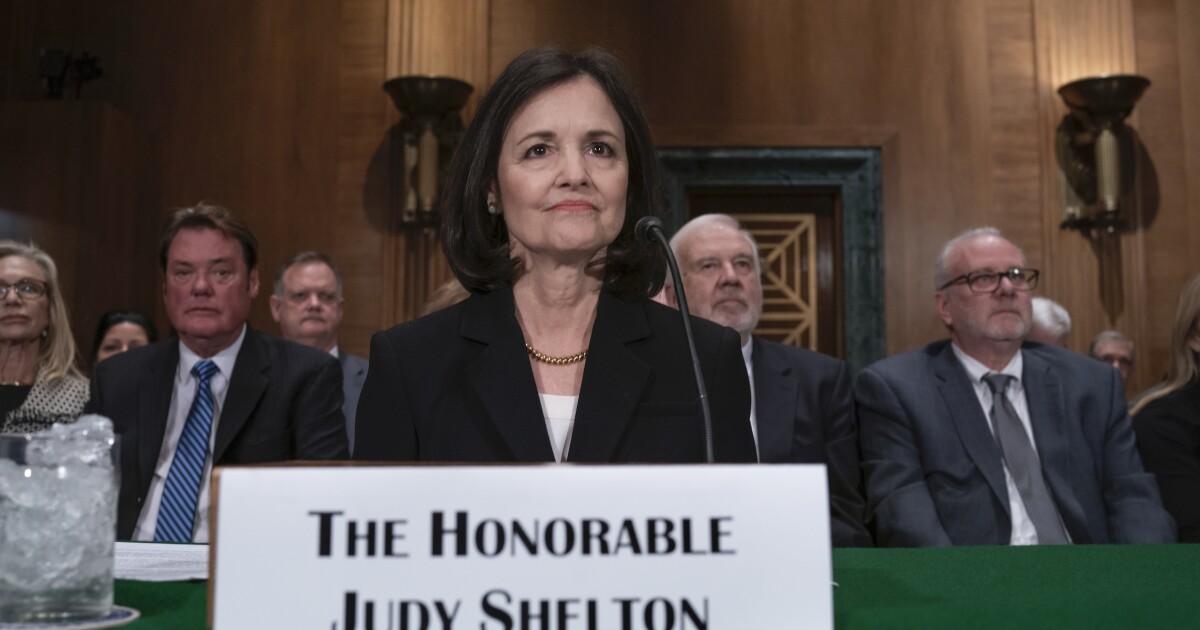 The Senate voted against advancing her nomination, 47-50.

Two Republicans opposed the nomination: Mitt Romney of Utah and Susan Collins of Main. Senate Majority Leader Mitch McConnell, a Kentucky Republican, also voted “no” as a procedural maneuver retain the possibility of bringing Shelton's nomination back to the floor.

The defections were enough to block her advancement because two other Republicans have been exposed to COVID-19 this week and are quarantining and failed to make the vote. All Democrats voted against Shelton's nomination, including Kamala Harris of California, who traveled down for the vote from Delaware, where she was planning the transition with President-elect Joe Biden.

McConnell could schedule another vote for when all Republicans are available. He faces a time crunch, though, as he will lose a “yes” vote when Sen. Martha McSally of Arizona leaves office to be replaced by Democrat Mark Kelly. Kelly will take office as soon as Arizona certifies the results of the special election.

President Trump announced his intention to nominate Shelton to the Fed's Board of Governors on July 3, 2019, and her nomination has faced numerous struggles since then.

Shelton has generated opposition for her pointed criticisms of the Fed and her advocacy for a return to the gold standard as a monetary system.

Shelton said in 2011 that the Fed is “almost a rogue agency” and asked whether it could be trusted in having oversight of the dollar. She has also called for a 0% inflation target, as opposed to the bank's current 2% target, and has raised the “fundamental question” of “why do we need a central bank?”

She has also raised concerns on both sides of the aisle for her view that the Fed should have less power and independent discretion and instead have closer ties to the White House.

Washington Metro to start ticketing for fare skipping in November