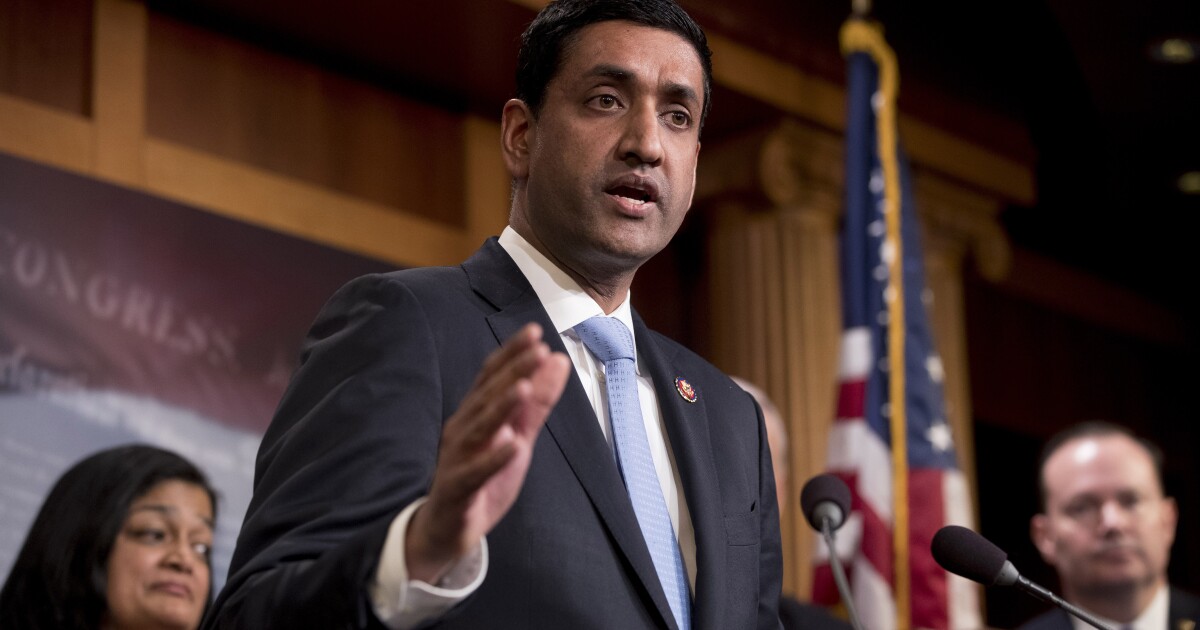 Democrat Ro Khanna is proposing tax credits for companies threatened by his party's legislation for a $15 federal minimum wage, a response to Republican accusations that he doesn't support small business.

“I'd love a Republican co-sponsor for small-business tax credits. That would actually move the needle,” Khanna told the Washington Examiner. “Let's do something constructive for local, mom-and-pop small businesses.”

McCarthy posted a clip of the exchange to Twitter, commenting, “Apparently ‘progressive' means putting Americans out of work.”

CNN reporter to Democrat Member of Congress: How does a national wage mandate “affect mom and pop businesses who are just struggling to keep their doors open?”

His answer: “I don't want small businesses” like those.

Khanna called the criticism a “cheap shot,” saying that his comments were taken out of context. Nevertheless, he said, he still wants to work with McCarthy to protect small businesses.

Khanna also plans to introduce legislation to give small retailers a tax credit to cut their sales tax and incentivize them to hire older workers locally. He said the tax credits could reduce brick and mortar costs by approximately 5% to 10%, which would then be passed down to consumers in the form of lower prices.

The credits would be meant to offset the effects of the hike in the minimum wage to $15 by 2025, a provision in Democrats' $1.9 trillion spending bill. The Congressional Budget Office found that the minimum wage increase would put 1.4 million workers out of a job and increase wages for at least 17 million people.

The gradual phase-in of the $15 minimum wage would lift approximately 900,000 people out of poverty, according to the nonpartisan budget office. The potential job losses were estimated to affect 0.9% of U.S. workers, the CBO wrote, adding: “Young, less educated people would account for a disproportionate share of those reductions in employment.”

Khanna acknowledged that many small retailers have struggled financially during the pandemic, with some closing altogether, but he said he was keen “to make sure that they stay open” while paying their employees a wage that would allow them to “support a family in a small town.”

He cited a 2019 economic study that showed that small towns with more concentrated labor markets, where wages are typically below average, would benefit from a minimum wage raise and would hire more employees.

A self-avowed “progressive capitalist,” Khanna said that he wants to work with Republicans to help small businesses, particularly those in small, conservative-leaning cities, to prosper with the help of tax credits. Historically, Republicans have been supportive of using tax credits and tax cuts as a way to stimulate the economy and create jobs.

Khanna said that many large online retailers, such as Amazon, have had a leg up on local shops and businesses for years because they had an ability to get around paying sales taxes.

Online retailers generally were not required to collect state and local sales taxes prior to a 2018 Supreme Court ruling that paved the way for states to require out-of-state sellers to collect taxes on online sales. Nevertheless, Amazon, even before 2018, voluntarily chose to collect state taxes on all products it sold directly.

“So instead of attacking me, what I would love is for Republicans like McCarthy to cosponsor a tax credit to ensure brick and mortar retail stores in small towns are not disadvantaged against big internet retailers like Amazon,” said Khanna.

“That's how they beat, in part, small-town America and small stores, by not having to pay their sales tax,” Khanna said.

Khanna, who represents Silicon Valley, added that many of the Big Tech companies, including those in his own district, have benefited from not paying their sales tax for “20 years,” and so he would like to “level the playing field,” with tax credits and economic incentives for local retailers.