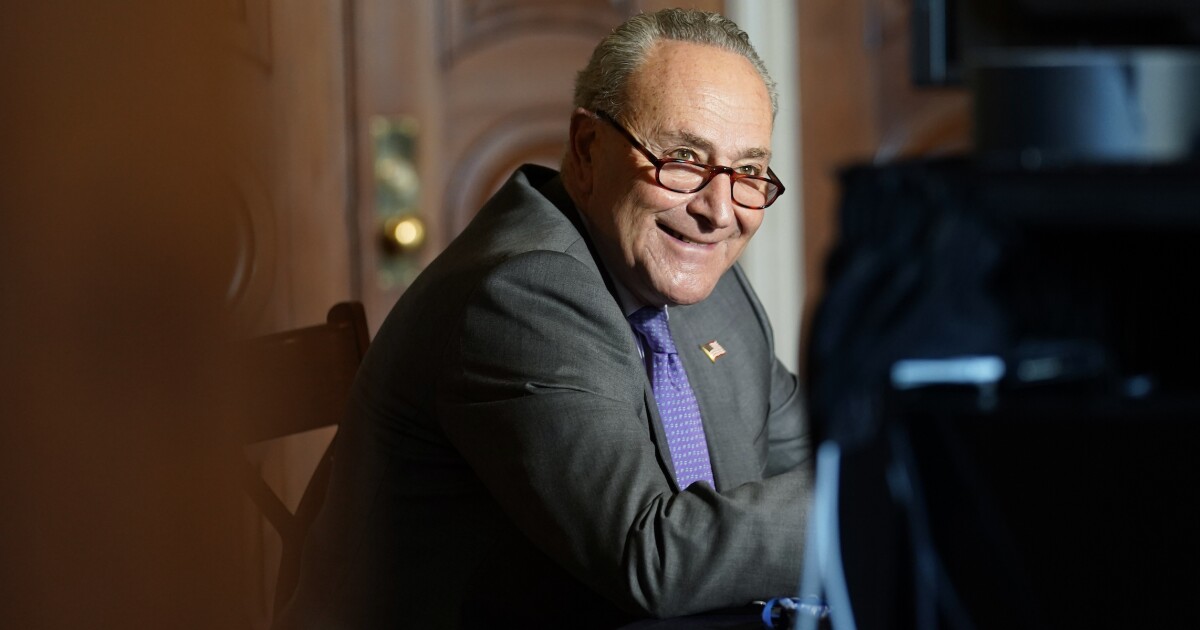 Sen. Chuck Schumer, a New York Democrat who is declaring that he will be the new majority leader on Jan. 20, said passing legislation providing $2,000 stimulus checks will be the first legislation that Democrats will pass.

“It’s one of the first things we want to do,” Schumer told reporters Wednesday. “Our Georgia senators campaigned on it, and our caucus is strongly for it. We think the American people need it.”

Democrats are declaring victory in Georgia’s double Senate runoff, although one of the races remains too close to call.

Schumer held a victory press conference in the Capitol Wednesday, telling reporters that he is excited to have control over the Senate's agenda for the first time since 2006. The House is under Democratic control, and the White House will also be run by Democrats, which will provide a rare period of one-party control.

Schumer said he spoke with incoming President Joe Biden and pledged to work with the administration to “help achieve a forward-looking agenda and deliver bold change to the American people.”

First on the list, he said, will be passing a bill that increases a new round of stimulus checks from $600 per individual to $2,000.

Congress passed a $900 billion coronavirus aid package in December, but President Trump called on Congress to cut out wasteful spending from fiscal 2021 spending and boost the checks to $2,000.

Democrats are eyeing a new aid package that would include $2,000 checks.

“America is experiencing one of the greatest crises we have ever had in our history,” Schumer said. “And the Senate Democratic majority is committed to delivering the bold change and help that Americans need and demand.”

Schumer added, “One of the first things I want to do when our new senators are seated is deliver the $2,000 checks to American families.”

He will run into opposition from Republicans, who can block bills because 60 votes are needed to pass most legislation.

Schumer would not commit to holding a vote to eliminate the filibuster with 51 votes, but the legislation providing new coronavirus aid and the $2,000 checks could provide the first test for Democrats who want to get rid of the 60-vote threshold.

“We are united wanting big bold change,” Schumer said when asked about the filibuster. “And we are going to sit down as a caucus and discuss the best ways to get that done.”