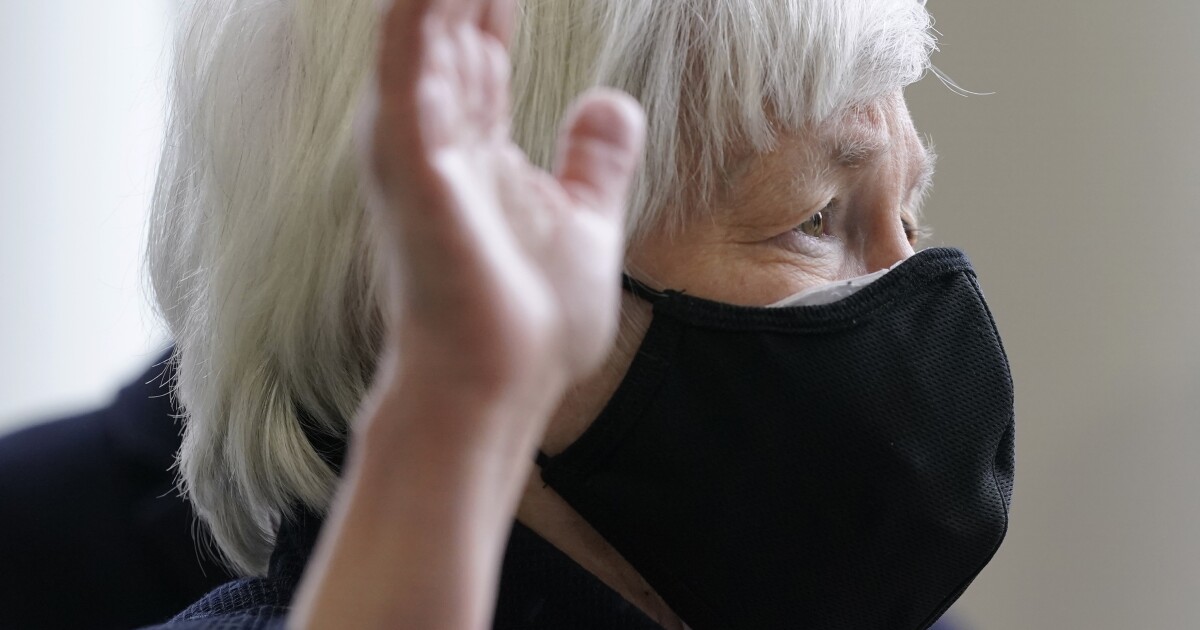 I once again found myself grappling with a challenging post-presentation question, having just completed a Zoom-based economic seminar for an industry association.

Time was getting short, and there were not a lot of questions. Then, one came: What difference in economic outlook do you think Janet Yellen will bring as secretary of the Treasury?

I cleared my throat several times, hoping that my mind would clear as well. My thoughts were following two tracks. One had to do with Yellen’s strong credentials as a professional economist, and believe me, they are strong.

The other is related to her new job. It's obviously a key political appointment. She is a critically important player in the Biden administration. Her remarkably strong professional qualifications may be, at times, chastened by her political responsibilities. She is not there as an economist. She is secretary of the Treasury.

While chewing on all this for a few seconds, I recovered my presence of mind and answered the question, one track at a time. First off, I said that Yellen is a highly qualified economist and a seasoned head of the Federal Reserve banking system, also known as the Fed. She has been around the block more than a few times and knows how to operate successfully in deep political waters. This suggests to me that she will not rock boats and that her decisions will be carefully considered and communicated. I don’t expect that her commentary will cause huge gyrations in stock market averages. That’s not who she is.

But then, what happens when a highly competent economist and seasoned government executive chooses to swim in deep political waters? And does it really matter that she has been the leader of the Federal Reserve Bank Board?

Let’s start with the last question first. Yes, it matters — a lot. As a former Fed chairwoman, Yellen knows the Fed inside and out. She also knows Jerome Powell, the current chairman, and has a strong working relationship with him.

Here’s the challenge: For most of our recent economic history, the Fed was known and praised for its independence from direct political control by Congress and by the executive branch. It's true that senators, congressmen, and presidents might want lower interest rates and easy money, but the Fed had to trim its sails against those gales and guide the economic ship away from an overheated economy and recessions that would tend to follow. The Fed’s independence was crucial to achieving its twin mission of price stability and sustained employment.

The recession changed all this. In an effort to stabilize the economy and rescue the banking system, Congress listened to the joint testimony of the then-Treasury secretary and Fed leader and responded by instructing the Fed to provide guaranteed interest payments to banks and to cooperate with the Treasury by creating new money. This became known as quantitative easing. Fed independence was washed down the drain, and a period of Fed-Treasury cooperation ensued.

Welcome to 2021, a year when the new secretary of Treasury and the current chairman of the Federal Reserve will be cooperating. The concern, of course, is that political pressure to keep interest rates low and the flow of new money high will lead to an overheated economy, which means higher inflation, lost purchasing power, and bumpy future economic performances.

Unfortunately, history has not been kind to countries where central banks lose their independence. Inflation always seems to follow. Stay tuned — because the evidence of the central bank's relative independence will likely begin showing up in late 2021.

Bruce Yandle is a contributor to the Washington Examiner's Beltway Confidential blog. He is a distinguished adjunct fellow with the Mercatus Center at George Mason University and dean emeritus of the Clemson University College of Business & Behavioral Science. He developed the “Bootleggers and Baptists” political model.