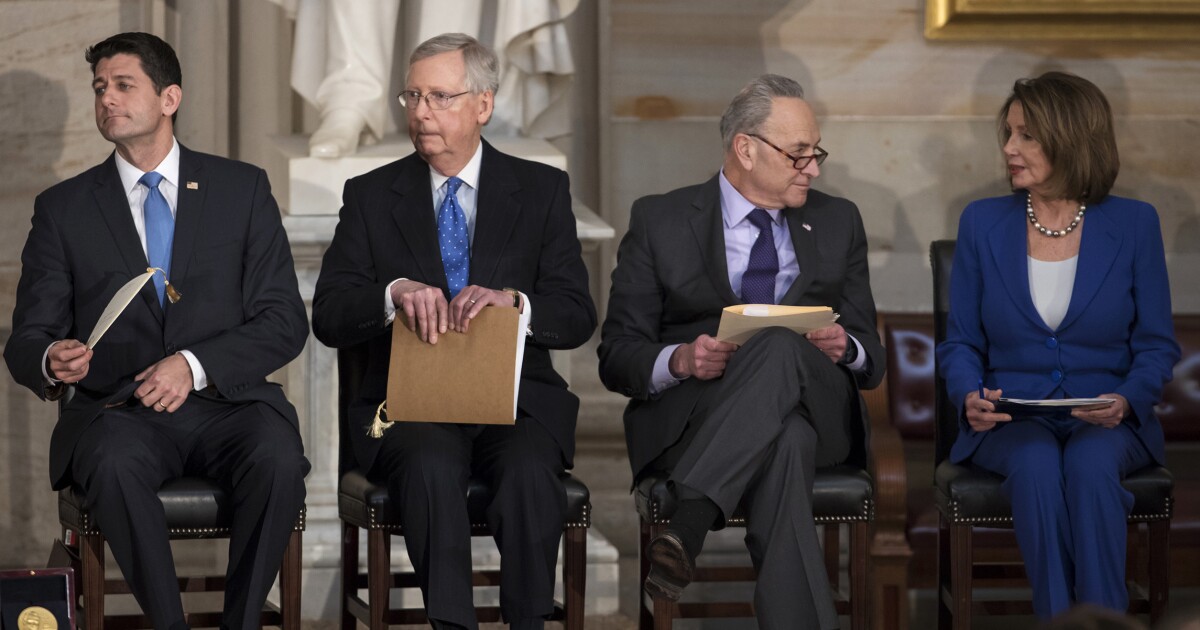 Prominent conservatives say that the prospects for fiscal policy in a Joe Biden administration are favorable in light of the likelihood that Republicans maintain control of the Senate.

“Winning the Senate is the saving grace for conservatives,” said Grover Norquist, the president of the conservative advocacy group Americans for Tax Reform. “It’s what makes the whole system survivable at all levels.”

Senate Republicans are poised to keep the majority in 2021, so long as Republicans win two runoff elections in January in Georgia.

Under the leadership of Sen. Mitch McConnell of Kentucky, Senate Republicans are almost guaranteed to stymie Biden's tax agenda, which would increase the payroll taxes on those with salaries above $400,000, increase the top personal income tax rate to 39.6% from 37%, and increase the corporate tax rate to 28% from 21%.

Democrats would have to pass legislation in Congress to implement Biden's tax agenda, which is unlikely to succeed with the Senate under Republican control.

That is a much more difficult task than the one they faced during the Obama years. President Obama was able to raise some taxes during his second term because the Bush tax cuts were set to expire automatically. Biden wouldn't be in the same situation because most of President Trump's 2017 tax cuts won't expire until 2025, after Biden's first term ends.

Furthermore, much of Biden’s ambitious $5.4 trillion spending agenda for new government programs and services are likely downsized. He has proposed an expansive set of proposals to invest in infrastructure, education, healthcare, and various social programs, from housing to elder care.

“Senate Republicans and [Majority Leader] McConnell are definitely the moat around the fortress, providing protection,” said Stephen Moore, one of President Trump's top outside economic advisers.

Moore said that although he does not see any tax increases occurring under Senate Republicans' watch, he was not as confident about their ability to curb federal government spending.

“Regarding spending, I can’t tell what we’ll do because Republicans like to spend money almost as much as Democrats do,” said Moore, who is also a contributor to the Washington Examiner. “McConnell is not necessarily a moderating force when it comes to spending.”

Nevertheless, conservative economists told the Washington Examiner that they were confident Senate Republicans would ensure much less was spent by the federal government than if Democrats controlled both chambers of Congress in 2021, as many polls had anticipated.

Conservative policy experts say it is highly likely that, as has occurred in the past, Republicans and Democrats will strike deals that will allow each side to get what they want while increasing the overall federal budget deficit.

“Republicans still love spending, so they’ll get their defense dollars,” said Jason Pye, vice president for legislative affairs at Freedomworks, a free-market group. “And Democrats will get their domestic spending in return.”

“So, spending will definitely go up, but the most egregious stuff will stop, like a public option for Obamacare or court-packing. The really bad stuff won’t happen,” Pye said.

Pye added that he felt “pretty good about taxes” because the 2017 Trump tax cut rollbacks that Speaker Nancy Pelosi has called for, or the tax increases pushed for by progressive firebrand Alexandria Ocasio-Cortez, are much less likely to come to fruition under a Republican Senate.

Norquist, who has been one of the nation's leading anti-tax activists since Ronald Reagan was president in the 1980s, said Congressional Republicans should try to repeat what happened in the mid-1990s after President George H.W. Bush’s single term in office.

“We need to do what we did with Clinton, where we had no tax increases, less spending, and we balanced the budget,” Norquist said.

Norquist also said it was important to remember that Democratic presidents such as Bill Clinton, and more recently Barack Obama, did cut taxes during their presidencies. Therefore, if Republicans could strike a deal with Democrats to lower certain taxes, that would be “amazing,” said Norquist. However, he admitted that, although possible, a tax cut under Biden is highly unlikely.

One of the first areas that Democrats and Republicans are likely to come together to strike a deal, economists say, is on an infrastructure package.

“I think Biden and McConnell will team up to spend big on infrastructure, like a highway bill,” said economist Chris Edwards of the Cato Institute, a libertarian think tank.

“It’ll be an easy sell because everyone will say, ‘Even Trump was for infrastructure.' And Biden will probably push for new high-speed trains like Obama did,” said Edwards, who is an expert on federal tax and budget issues. Edwards said he thought infrastructure spending was wasteful but politically popular.