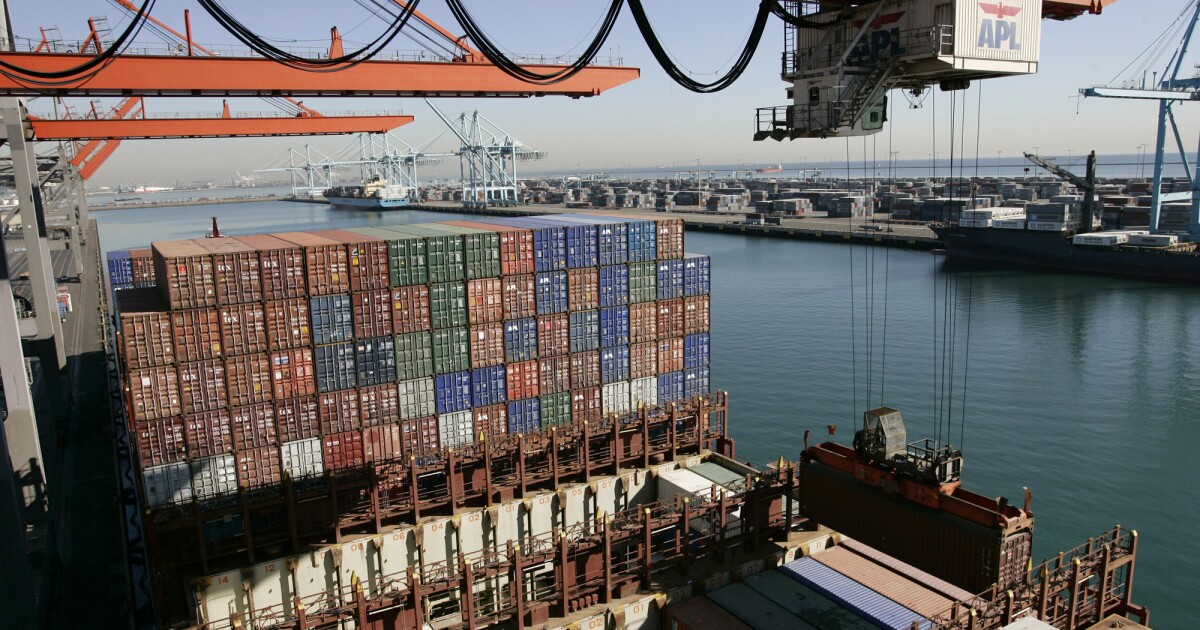 The global supply chain is more than a little messed up.

Auto companies forgot to order computer chips, most shipping containers are on the wrong side of the world, and the economy is roaring back faster than anyone thought it would. Most of these problems will sort themselves out. Some won't — like the ports on the West Coast. Both Long Beach and the Port of Los Angeles have vast backlogs of ships waiting to unload. The problem here is not new. It stems, in the end, from the longshoremen's union, as it has near-total control over hiring and working practices.

Consider one piquant detail concerning the present problems. Its union and workforce just allowed Long Beach to run a pilot program on 24/7 working. Yes, two decades into the 21st century, we're about to get people working past beer o'clock in the afternoon — how lucky we are.

Everyone who studies this area of the economy knows what the solution is: Break the union. The problem is that this would be difficult.

So, allow me to recommend a plan. Do what London did a while back. The port of London is pretty much everything downriver to the east of Tower Bridge. It used to be the shipping hub of the British Empire. Today, however, what used to be docks and quays are now airport runways, expensive apartments, and a second financial district.

This happened because every docker was entirely and wholly unionized. Getting modern working practices embedded was impossible. So, the relevant authorities simply fired them all, every single one. But they only did so after a new, non-union port had been built 50 miles away in Felixstowe, England. This port now handles 48% of the entire country's containerized traffic — swiftly, efficiently, and 24/7. It has done so for decades.

The port is entirely privately owned .

This brings us back to the West Coast shambles. There is a reason that economists don't like monopolies. It's the fact that those who own them benefit themselves at the cost of everyone else. This is true of unions just as much as it is of capitalist plutocrats. Perhaps we might be able to get Lina Khan at the Federal Trade Commission and the new antitrust people to take this seriously? Consumers being unfairly penalized is the problem, not who is doing said penalizing.

When it comes to the West Coast, we have two possible solutions. One is to break the union; the other is to build a new, non-union port.