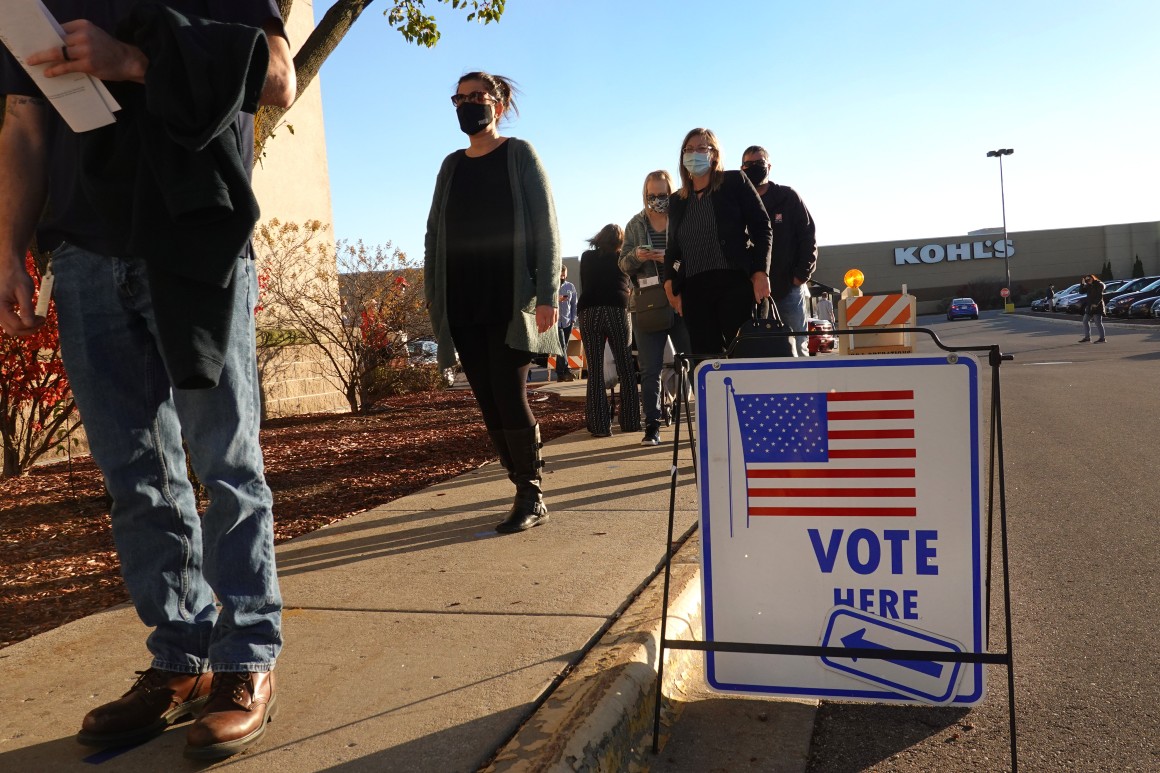 Residents wait in line to vote at a shuttered Sears store in the Janesville Mall on November 03, 2020 in Janesville, Wisconsin | Scott Olson/Getty Images

Nearly two-thirds of voters surveyed in early exit polls said the country going in the wrong direction, with the staggering national economy weighing heavily in their decisions.

A total of 63 percent polled by FoxNews and the Associated Press were pessimistic about the future. The economic downturn was the single most important factor in the vote of 28 percent of respondents and an important factor to another 57 percent. However, almost 7 in 10 said their family is making do.

Nineteen percent said someone they knew had died of Covid-19. Forty-one percent of respondents said the government Covid response was the single most important factor in their vote; another 44 percent said it was important. And more than half said they’ve missed out on a major event due to coronavirus.