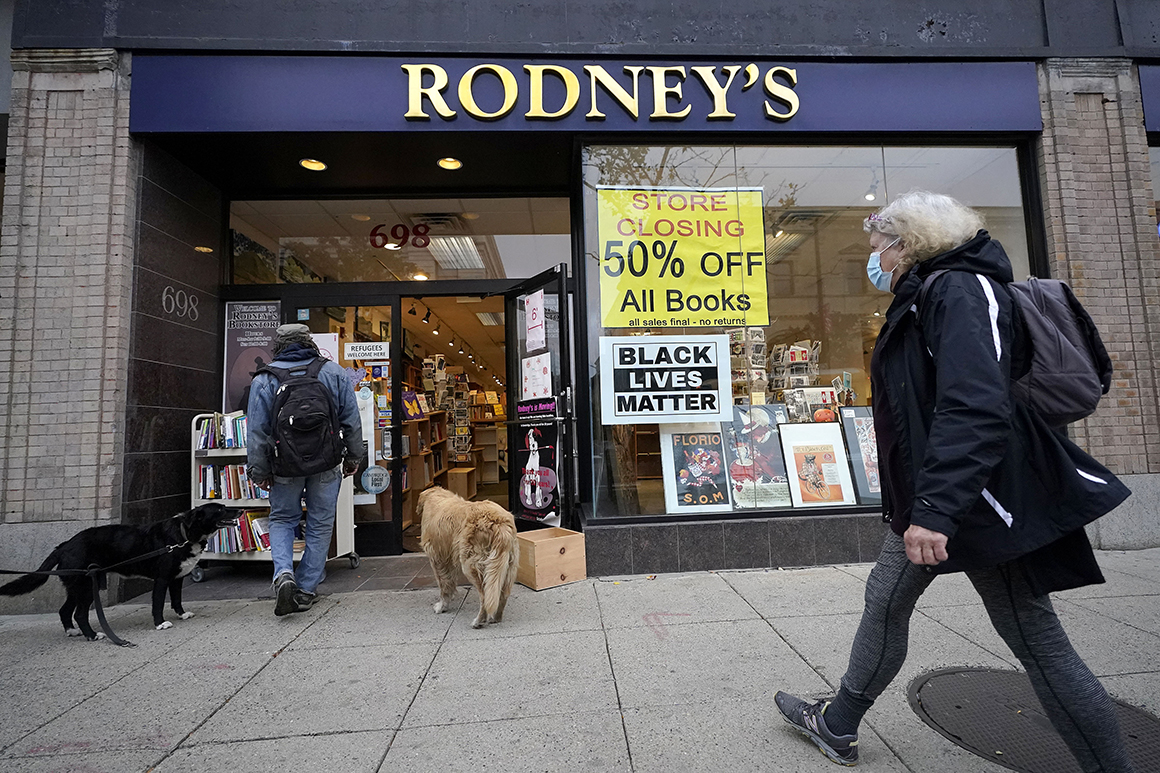 “To look at this more substantively, what these numbers tell you is fiscal policy works,” Shepherdson said. “The federal government borrowed a ton of money and sent it out to individuals and businesses and it worked. Now we don’t have those things, and the expectation is growth will be much weaker in the fourth quarter and the virus picture is already much worse. We are in danger of falling into a deep hole again.”

Economists and Wall Street analysts now expect much slower growth in the fourth quarter and early next year than they previously expected, given that the approximately $4 trillion in federal stimulus spending that propped up consumers and businesses through the end of the summer has largely faded. This means it will likely take months or years — depending on the direction of the virus — to get back to where the economy would have been without Covid-19.

Thursday’s numbers, if taken out of context, tell us nothing about the road ahead. The surge in new virus cases is already leading to more restrictions on activity that could further dent the economy. Restaurant and travel activity is once again sliding after bouncing back earlier this year. Permanently changed consumer behavior could also dampen further recovery.

Political intelligence on Washington and Wall Street — weekday mornings, in your inbox.

Much of the gain in the third quarter came from increases in the services portion of personal consumption with health care and food services leading the advance as businesses continued to adapt to a socially distanced landscape.

High-contact industries including airlines and restaurants remain less than halfway back to where they were before the virus hit. This suggests it will take significant improvements in the trajectory of Covid-19 and the development of vaccines and other treatments to fully heal the economy.

It also shows just how powerfully the injections of federal cash into people’s pockets over the spring and summer contributed to the rebound through increased spending. For now at least, that cash is no longer flowing. Meanwhile, the labor market remains deeply damaged with 751,000 Americans seeking initial unemployment benefits last week, a relentlessly lofty figure that remains above the all-time high of around 700,000 hit back in the 1980s.

“Consumers and businesses led the way to the fastest period for economic growth on record,” said Ben Ayers, senior economist at Nationwide Insurance, in a research note. “While this is an extremely fast start to the next expansion, the level of real GDP remains 3.5 percent below the peak from the fourth quarter of 2019.”

Trump, who has repeatedly noted on the campaign trail that he would get this big GDP number right before the election, celebrated just that on Thursday morning. “GDP number just announced,” he wrote on Twitter. “Biggest and Best in the History of our Country, and not even close. … So glad this great GDP number came out before November 3rd.”

Trump aides in the White House and campaign hit the airwaves and social media to amplify the GDP report. “I think it exceeded all expectations,” Trump economic adviser Larry Kudlow said on Fox News Thursday morning. “It is a record high since the data going back to 1947. We've never had anything remotely close to this.”

While that’s true, it’s also true that the surge followed the equally historic 31 percent decline in the second quarter. Because the third quarter started from such a low base, even an increase slightly larger than the 31 percent decline would not have returned economic activity to where it was at the end of the first quarter.

Trump faces another conundrum on employment numbers. He regularly boasts of record job creation — more than 11 million in the last several months. And they are, in fact, record numbers. But they followed a record loss of more than 22 million jobs during the early stages of the Covid-19 crisis. The U.S. is only around half way to getting all those jobs back. And in bragging about the numbers, Trump risks looking out of touch with more than 23 million Americans still on some form of unemployment assistance.

This problem is reflected in Trump’s approval numbers on the economy, once a clear advantage. Democratic nominee Joe Biden has now erased that advantage and even took a very narrow lead on the economy as an issue in the latest POLITICO/Morning Consult poll.

The numbers suggest that voters are not swayed by juicy-sounding headline numbers that do not reflect the reality many Americans are living through, especially those in lower income brackets not able to work from home. Democrats are already trying to rebut any Trump bragging over Thursday’s GDP number.

“This report underscores three inescapable truths about Donald Trump’s economy: we are in a deep hole and President Trump’s failure to act has meant that Q3 growth wasn’t nearly enough to get us out of; the recovery is slowing if not stalling; and the recovery that is happening is helping those at the top, but leaving tens of millions of working families and small businesses behind,” Biden said in a statement Thursday.

“The main reason that the third quarter will appear to be the best on record is that the second quarter was the worst on record,” said Rep. Don Beyer (D-Va.), vice chair of the Joint Economic Committee, in a committee report on Wednesday. “Current forecasts estimate that GDP will be substantially smaller than would have been the case if growth had continued at pre-pandemic rates.”

Among the biggest risks now, beyond the sharp rise in Covid-19 cases, is the lack of new federal stimulus keeping a floor under the economy while the nation struggles with the health crisis.

“Broadly speaking, it was a combination of aggressive monetary stimulus and fiscal support that provided a bridge for an economy trying to make it to the other side of a chasm created by a shock that shut down large portions of the economy virtually overnight earlier this year,” said Jim Baird, chief investment officer at wealth management firm Plante Moran, in a note to clients. “Although the recovery is on track, both fiscal and monetary policy support will be needed for some time to continue to support an economy that remains vulnerable.”