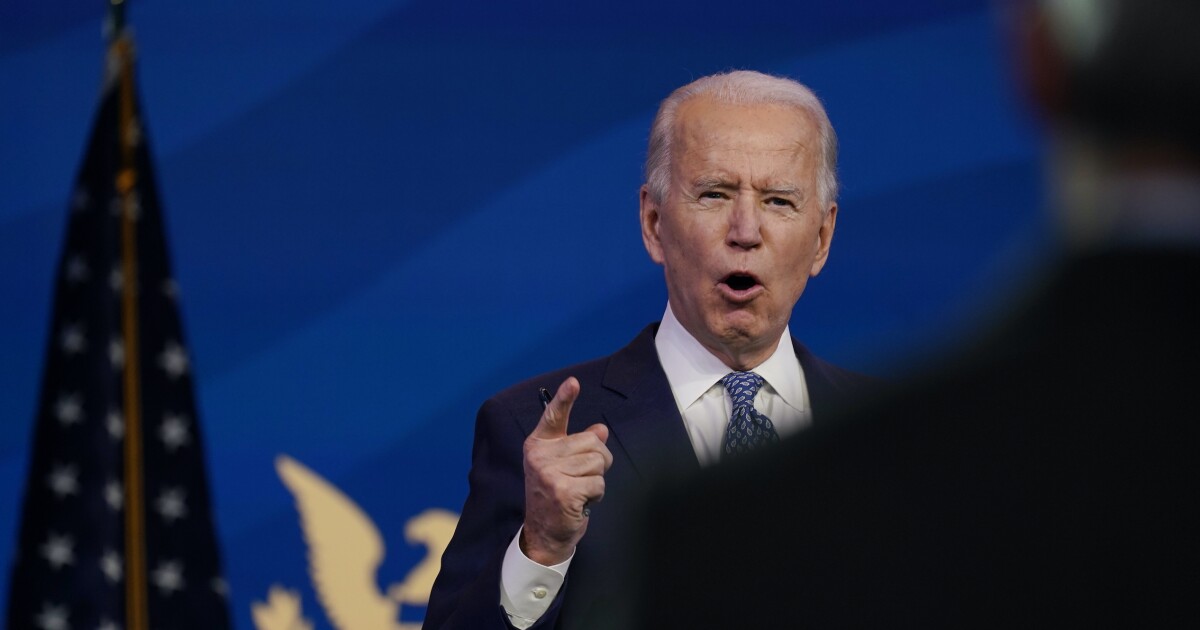 Georgia has been an economic gazelle with one of the top 10 fastest growth rates in the nation over the past decade. It has gained a net 250,000 population and about $20 billion of income from other states' movers. Georgia's unemployment rate of 5.7% is far below the rates that reach 10% in some blue states.

But Georgians are among the biggest losers from Joe Biden's agenda, especially if Democrats also control both chambers of Congress.

A new study I co-authored for the Committee to Unleash Prosperity estimates that Bidenomics could drain a net $156 billion from Georgia — money that will flow to other states. That's roughly the equivalent of a $3,900 per family per year “Georgia tax.” This tax takes away far more of Georgians' incomes than the one-time $600 per person payments the Washington COVID relief bill is offering, or even the $2,000 bump up that Congress is now considering.

Our analysis finds that only two states, Texas and Florida, stand more to lose from the Biden economic policies, which by design redistribute almost $2 trillion of income over the next decade away from many southern states.

The center of economic and political gravity in the U.S. has shifted decisively to the South, and Sunbelt states in part because of low-taxes, light-regulation, and low cost of living. That growth has in part come at the expense of the moribund blue states of the northeast and Midwest. The Biden playbook's goal is to slow the stampede of people and businesses out of these blue states.

To “level the playing field,” Biden would impose on Georgia and other states environmental, labor, and tax policies that have already crippled the economies of states such as New York, New Jersey, Illinois, and California. For example, Biden climate policies that raise the price of oil, gas, and coal use will hike Georgia's energy prices relative to blue states that have saddled themselves with expensive and less reliable wind and solar power.

Georgia's moderate taxes attract businesses and families away from the high tax northeast, but that advantage would shrink under Biden's tax changes. He would allow wealthy residents of high tax states such as New York, California, and Illinois to write-off as much as 40% of their state and local taxes, thus shifting the burden on to lower-tax states such as Georgia.

The $500 billion blue state bailout that Biden favors redistributes national income away from residents in red states such as Georgia that have not shut down their businesses and gives these funds to residents of Boston, Chicago, Detroit, Los Angeles, and New York that did flatten their businesses through lockdowns.

Biden would also require every state to adopt forced union membership and dues. But states such as Georgia with “right-to-work” protections have averaged almost twice the pace of job creation of the forced-union blue states for the last two decades.

Ironically, this plan is Robin Hood in reverse. The average New Yorker and Californian are still more prosperous than the average Georgian — though the gap is narrowing rapidly. Oh, and it is worth adding that the two Democratic candidates for the Senate seats, Rev. Raphael Warnock and Jon Ossoff, support virtually all of these policies that disadvantage Georgia.

Stephen Moore is a co-founder of the Committee to Unleash Prosperity. He is also an economist with Freedomworks.