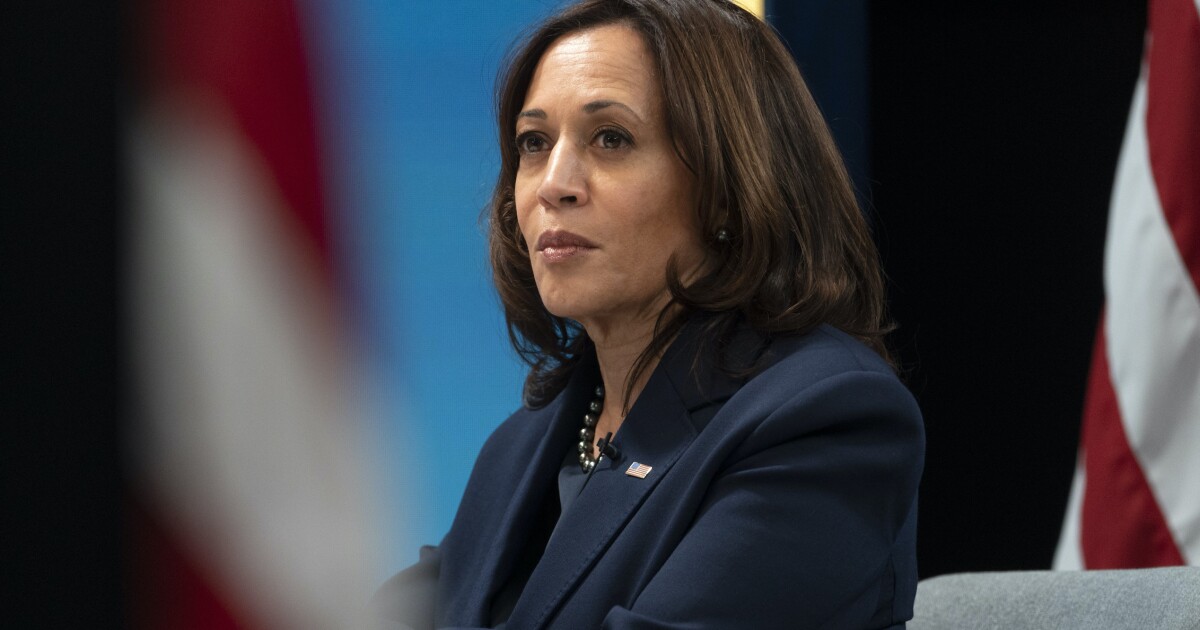 Left-wing activists are not happy that Vice President Kamala Harris and the White House do not plan to overrule the Senate parliamentarian to keep a $15-per-hour minimum wage hike provision in the coronavirus relief bill.

Democrats, which hold a slim 50-seat-plus-Harris majority in the chamber, are moving to pass their $1.9 trillion coronavirus relief bill through the budget reconciliation process, which circumvents the chance of a Republican filibuster and the need for a 60-vote supermajority. But the Senate's Byrd rule limits what kind of provisions can be part of a bill moving through budget reconciliation, preventing measures “extraneous” to the budget from consideration.

The Senate parliamentarian on Thursday advised that the $15 minimum page hike in the coronavirus relief bill would violate the Byrd rule, essentially blocking Democrats and the Biden administration from keeping the wage hike as part of the bill.

Some Democrats, though, brought up a way around that: Have Harris, with her technical constitutional power as the president of the Senate, overrule the Senate parliamentarian and keep the $15 minimum wage provision in the bill.

Advocates of the Harris overrule plan say that Republicans could then challenge Harris's ruling, but the support of 60 senators would be needed to prevent Harris from overruling the parliamentarian — and it is unlikely that 10 Democrats would break ranks to join with Republicans.

California Democratic Rep. Ro Khanna was among those pushing for Harris to overrule the Senate parliamentarian.

I’m sorry—an unelected parliamentarian does not get to deprive 32 million Americans the raise they deserve.

This is an advisory, not a ruling. VP Harris needs to disregard and rule a $15 minimum wage in order.

We were elected to deliver for the people. It’s time we do our job. https://t.co/rraVhT5GV7

A group of left-wing organizations, including Women’s March, One Fair Wage, and the Center for Popular Democracy, quickly moved to organize a Friday rally outside the White House to pressure Harris.

“A return to civility and decency in politics isn’t just about process but also policy. Women of color call on the Biden-Harris administration to use the political power they now have to make the promise of $15 an hour a reality,” said Aimee Allison, the president of the group She the People.

The White House, though, shot down the Harris-intervention proposal.

“Certainly, that's not something we would do. We're going to honor the rules of the Senate and work within that system,” White House chief of staff Ron Klain said on MSNBC Wednesday night.

White House National Economic Council Director Brian Deese on Friday reiterated, “The Vice President is not going to weigh in.”

The Justice Democrats PAC, the group that helped support insurgent Democrats such as New York Rep. Alexandria Ocasio-Cortez, was not pleased with that decision.

“Democrats have the power to end GOP minority rule and pass a $15 minimum wage with the COVID relief package. And they have the responsibility to deliver a wage increase to the millions and millions of working people making below $15 per hour right now (some as low as $7.25),” the group said in a fundraising email on Friday.

Ex-Democratic presidential candidate and spiritual author Marianne Williamson responded to Klain's statement by saying, “And why the hell not?”

Even if Harris did take control of the Senate to keep the $15 minimum wage provision in the bill, it is not clear that Democrats would get the support of 50 senators to pass it. Democratic Sens. Joe Manchin of West Virginia and Kyrsten Sinema of Arizona have said that they oppose a minimum wage hike in the coronavirus relief bill.

Democratic Sen. Ron Wyden and Sen. Bernie Sanders of Vermont are working on a plan B for a $15 minimum wage after the parliamentarian setback, hoping to include a provision that places a tax on large corporations that do not pay a $15 minimum wage.

Where’s the snow? Rockies winter starts with a whimper