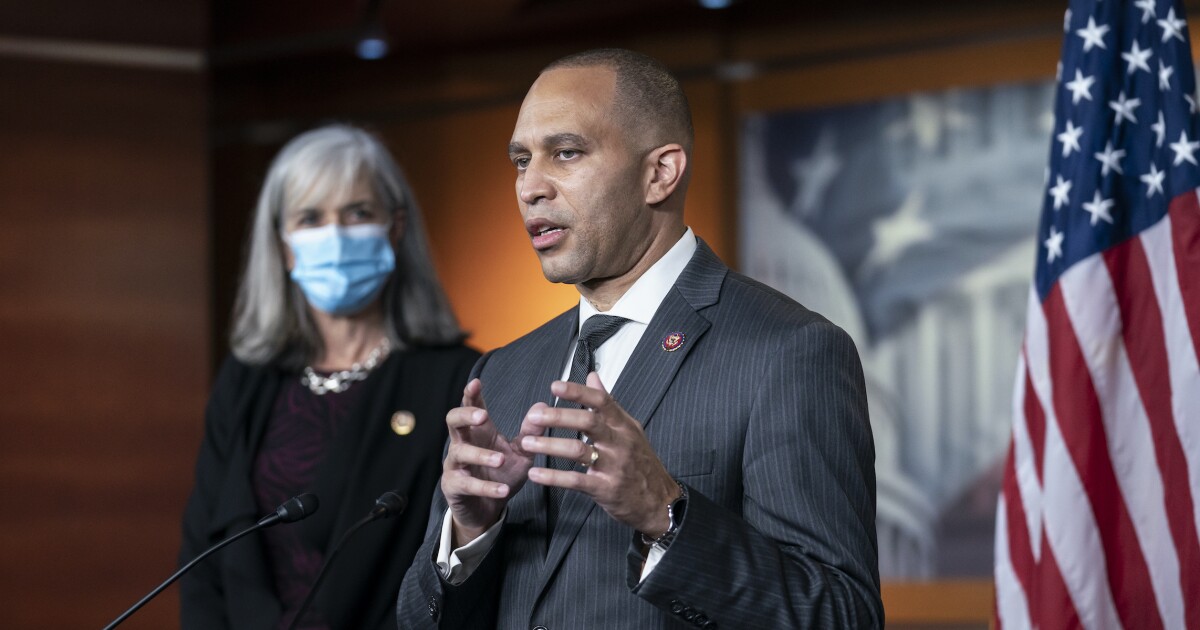 House Democrats said they plan to address racial inequities in legislation introduced in the next Congress, sidestepping on whether a reparations bill will be on the agenda.

“We are not going to leave these communities behind,” Rep. Katherine Clark, a Massachusetts Democrat and vice-chairwoman of the House Democratic Caucus, said Tuesday. “We are at a moment of racial and economic justice in this country. And we have to look at every single policy for its racial implications and be active anti-racist in every single thing we do for the American people.”

House Democrats last year introduced legislation in the Judiciary Committee to create a commission that would study reparations proposals for African Americans.

Democratic leaders have not pledged a floor vote on the measure, but they have promised to address racial inequality, particularly in coronavirus-related measures.

Clark said a House-passed, $3.4 trillion coronavirus aid bill would have collected data on who is contracting the virus, “so we can understand why there were so many more disproportionate deaths and illness in our communities of color, so that we can not only make sure that healthcare is a right not a privilege, but that we are breaking down these barriers of access for people of color, and we know the disparity exists.”

Caucus Chairman Hakeem Jeffries, a New York Democrat, said the Congressional Black Caucus will decide whether to push for a reparations measure next year. Jeffries said the coronavirus aid package must “provide relief to everyday Americans who are struggling, with all the pain and suffering and death, and at the same time make sure that we are providing relief to those Americans who have been disproportionately adversely impacted by the COVID-19 pandemic.”

Jeffries said that the nation “has been grappling with systemic racism that has been in the soil of this county” and has “a long way to go” to resolve the problem.

Democrats have largely sidestepped the reparations push by some in the caucus despite the desire from some in the party to pass a measure addressing some kind of compensation for African American descendants of slaves.

Clark said that the House is aiming to address “kitchen table issues that address everyday Americans” while at the same time addressing racial inequalities, which she said the coronavirus “has brought into stark relief.”

The Democrat-run House and the GOP-led Senate have been unable to reach an agreement on coronavirus spending despite regular talks between the parties. Republicans are seeking a far less costly measure than the House-passed bill.