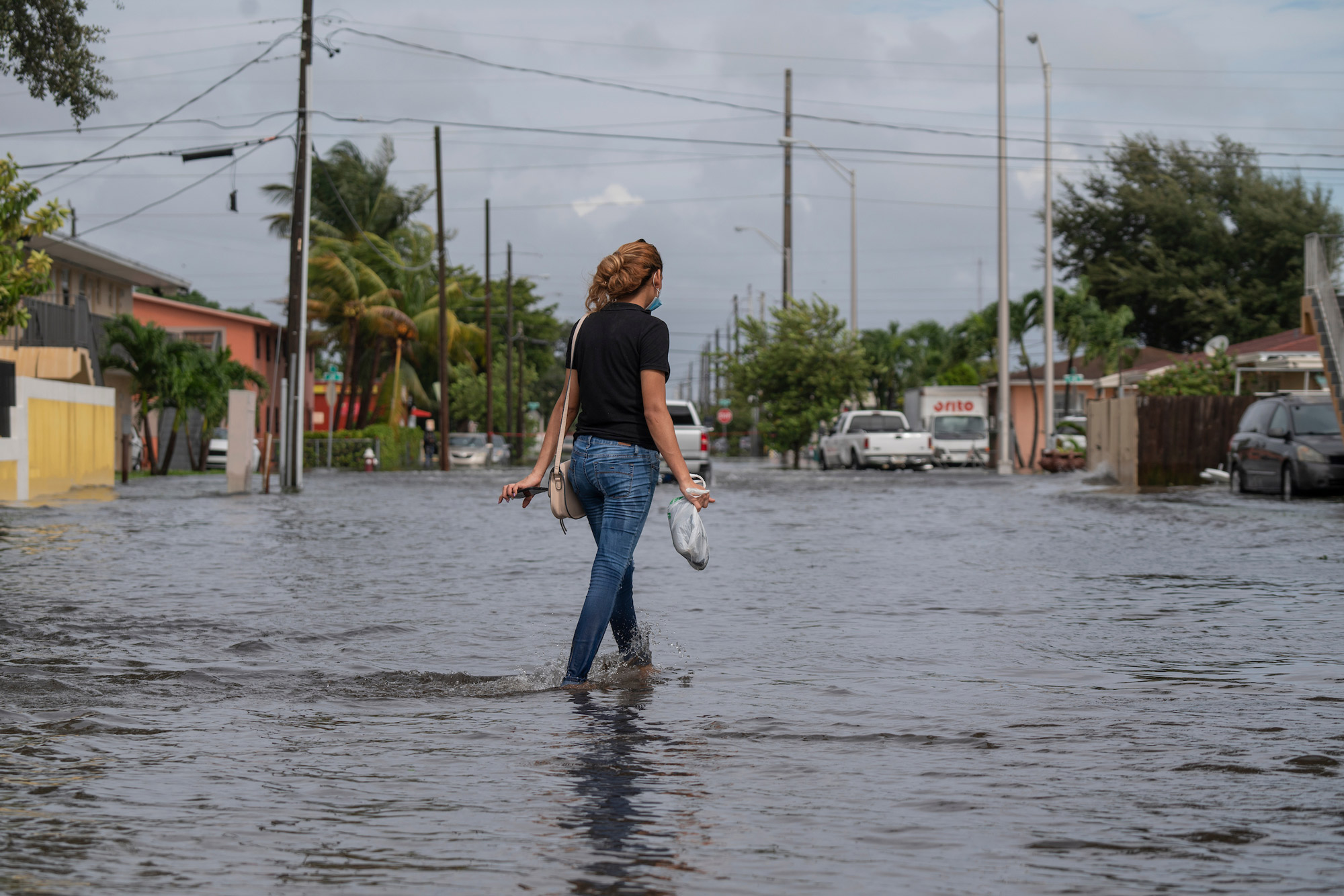 “Anybody who believes in science knows that global warming is only going to cause increases in future risks for major storms,” said Stevens, the former Freddie Mac official, who also was president of the Mortgage Bankers Association trade organization. “I think the key is, what’s predictive here?”

Making those decisions would put the mortgage giants in a position to write off whole communities. Susan Wachter, a real estate and finance professor as the Wharton School of the University of Pennsylvania, said that to truly discourage people from locating in climate-sensitive areas, borrowing costs would need to rise so sharply that they would spur a “death spiral,” creating a self-fulfilling narrative that cuts off investment in entire regions. Those higher borrowing costs could also present equity concerns, as many Black communities are situated in low-lying areas as a result of racist historical policies.

Other forms of risk pricing, such as amortizing a climate-risk surcharge across all borrowers, would create a capital buffer against losses but wouldn’t change behavior about where people live. Wachter and other mortgage experts contend the worst effects of climate change are simply too distant to price into lending for individual homes, arguing instead to signal risk by requiring steeper insurance policies that operate on shorter timelines.

“That we are rapidly growing places that are just right there in the bull's-eye of climate change just doesn’t make any sense.”

—Richard Green, director of the Lusk Center for Real Estate at the University of Southern California and former principal economist at Freddie Mac

“Fannie Mae and Freddie Mac’s losses after major flood events, like Hurricane Harvey in 2017, have been small, in relative terms,” he said in a statement. The mortgage giants “are proactively assessing potential risks and exposures from natural disasters and focusing on ensuring that disaster-related policies are adapted to the situations we face,” he continued.

The main vehicle for such efforts, however, is the National Flood Insurance Program, which requires that every federally backed home in the 100-year floodplain carry flood insurance. But floodplain managers and climate change experts maintain that the program significantly underestimates the risks. The maps it relies on are outdated — likely omitting millions of at-risk homes — and the program is billions of dollars in debt.

“That we are rapidly growing places that are just right there in the bull's-eye of climate change just doesn’t make any sense,” said Green, of USC, who believes Fannie Mae and Freddie Mac should price for climate risk.

The mortgage giants have already made an implicit decision to distort the market by not pricing climate risk, noted Jesse Keenan, an associate professor at Tulane University’s School of Architecture who has studied climate risks in real estate. They extend more financing to climate-vulnerable borrowers than the properties are worth. Thus they put taxpayer dollars and American lives in the crosshairs of extreme weather and storms.

FHFA is increasingly coming to that realization.

FHFA has brought in experts to discuss climate risk in the mortgage market, Keenan said, noting he and other colleagues have met with the regulator. In a June 30 proposal to release Fannie Mae and Freddie Mac from the federal government’s watch — a goal of Republicans who want the government out of the mortgage market — FHFA noted the lenders suffer from “gaps in risk coverage,” such as climate change.

Fannie Mae and Freddie Mac carry “risks relating to uninsured or underinsured losses from flooding, earthquakes, or other natural disasters or radiological or biological hazards. There also is no risk-based capital requirement for the risks that climate change could pose to property values in some localities,” the proposal said.

In other words: Fannie Mae and Freddie Mac have no designated financial buffer for offsetting climate-related losses to their lending portfolio.

“Why do this? What’s their motivation?” Keenan said of FHFA’s decision to advertise such vulnerabilities in its privatization proposal. “I think they see the writing on the wall.”

But plans to privatize Fannie Mae and Freddie Mac have languished for years, and few people close to the situation expect any movement on the proposals in the near future.