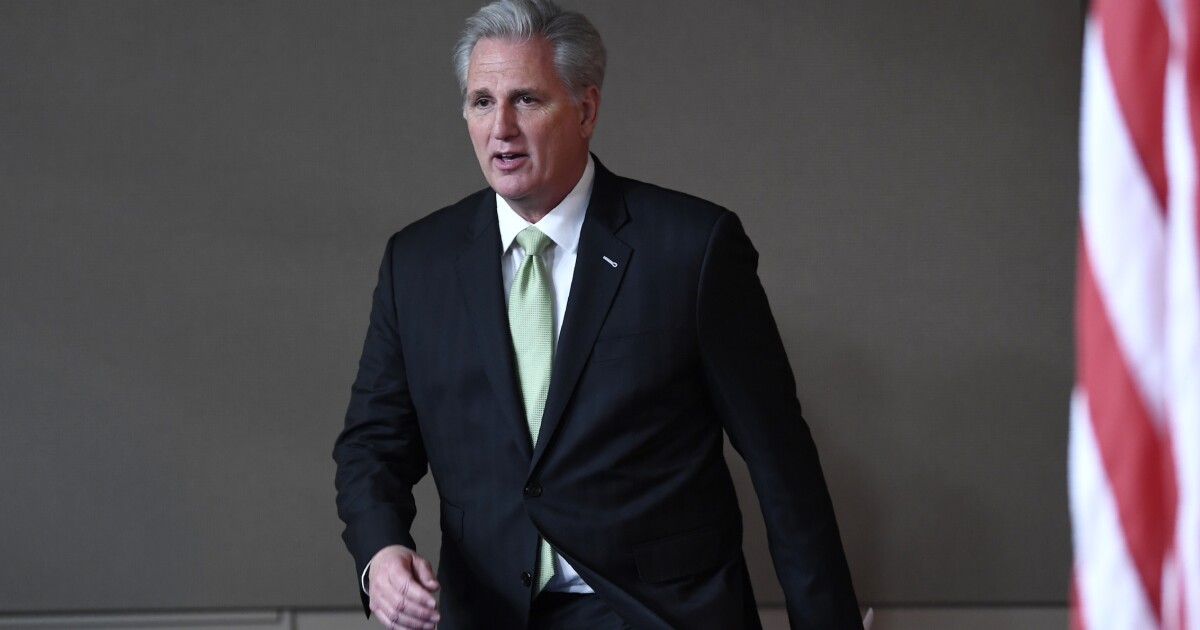 Minority Leader Kevin McCarthy criticized Democrats in the House for prioritizing “cannabis and cats” instead of relief for businesses struggling to overcome the economic fallout from the coronavirus pandemic.

“This week, your House Democrat majority is tackling the tough issues by holding a vote on legalizing pot and banning tiger ownership,” McCarthy tweeted. “Nothing for small businesses. Nothing for re-opening schools. Nothing on battling the pandemic. Just cannabis and cats.”

This week, your House Democrat majority is tackling the tough issues by holding a vote on legalizing pot and banning tiger ownership.

In May, Democrats in the House passed a massive $3 trillion stimulus bill dubbed the HEROES Act that included funding for hospitals, schools, state and local governments, unemployment, and businesses. When it went to the Republican-held Senate, Majority Leader Mitch McConnell called it “aspirational legislation.”

In negotiations with Treasury Secretary Steven Mnuchin, the price tag on the coronavirus legislation was lowered to $2.2 trillion, but the Senate never took it up. Instead, the Senate passed a $500 billion “targeted” bill that Democrats argued lacked support for healthcare, unemployment, and people defaulting on rent payments.

“Thirty-eight times since the summer, the Democrats have voted against any COVID relief,” McCarthy told Fox News on Thursday. “With all the challenges America has right now, we think COVID relief should be on the floor. But instead, the Democrats put cats and cannabis this week. They’re going to outlaw big tigers, and they’re going to legalize cannabis. They’re picking weed over the workers. They’re picking marijuana over helping the much-needed money we need to go forward, the small businesses that are closing.”

“I don't understand the double standards of what we see from these Democratic leaders,” he said.

On Thursday, House Speaker Nancy Pelosi and Senate Minority Leader Chuck Schumer threw their weight behind a $908 billion bipartisan relief bill introduced in the House and the Senate on Tuesday. It includes many of the “must-have” ingredients each party has demanded, including some of the state and local funding desired by Democrats and lawsuit liability protections for businesses, schools, and healthcare facilities that Republicans favor.

“In the spirit of compromise, we believe the bipartisan framework introduced by senators yesterday should be used as the basis for immediate bipartisan, bicameral negotiations,” Pelosi and Schumer said.

President-elect Joe Biden called the bipartisan bill “a down payment” and promised additional rounds of aid under his administration.