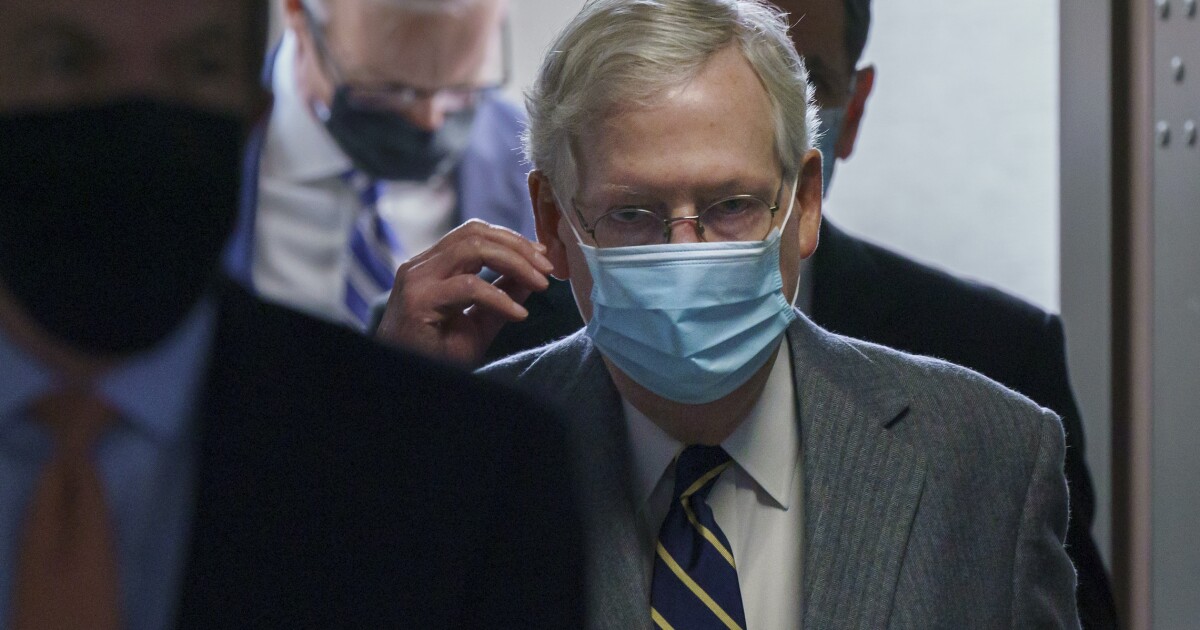 House and Senate lawmakers, desperate to pass a new round of coronavirus aid, are ramping up efforts to pass a bipartisan package with a flurry of last-minute phone negotiations that leaders say could produce a deal this month.

Senate Majority Leader Mitch McConnell, a Kentucky Republican, told GOP lawmakers in a conference call Tuesday afternoon that he is working on a new coronavirus aid package in consultation with the Trump administration.

House Speaker Nancy Pelosi, a California Democrat, is negotiating with the Trump administration and said Tuesday that a COVID-19 aid bill “must be passed” during the “lame-duck” session that ends this month.

McConnell is pitching his plan to GOP senators first.

“We're going to send that out to all the offices and get some feedback to see how our members react to a proposal that we can say for sure would be signed into law,” McConnell said.

McConnell said in order to speed up the passage of a package in the last days of the 116th Congress, an aid package would likely be attached to the fiscal 2021 spending package lawmakers must clear by Dec. 11.

“Obviously given the challenge of moving things across the Senate floor. … It will in all likelihood come in one package,” McConnell said.

Across the Capitol, Pelosi talked by phone Tuesday with Treasury Secretary Steve Mnuchin, with whom she has been negotiating on a deal now for months without success.

“We received a proposal, through a letter from Speaker Pelosi and Senator Schumer last night,” McConnell said.

Democratic and Republican leaders are under intense pressure from their rank-and-file members.

Earlier Tuesday, a large, bipartisan group of lawmakers proposed their own compromise coronavirus proposal. The $908 billion plan includes much of what each party has been demanding at a price point between the GOP’s $500 billion proposal and the $2.2 trillion bill Democrats say is needed.

McConnell said Tuesday that the proposal he is crafting would likely be followed by more aid when Democrat Joe Biden takes office.

“I think we all know that after the first of the year, there's likely to be a discussion about additional — some additional package of some size next year depending upon what the new administration wants to pursue,” McConnell said.

McConnell told reporters he is negotiating with President Trump first, rather than starting with talks with Pelosi, because “it requires a presidential signature.”

Progressives must admit that school closures were a catastrophic error –...