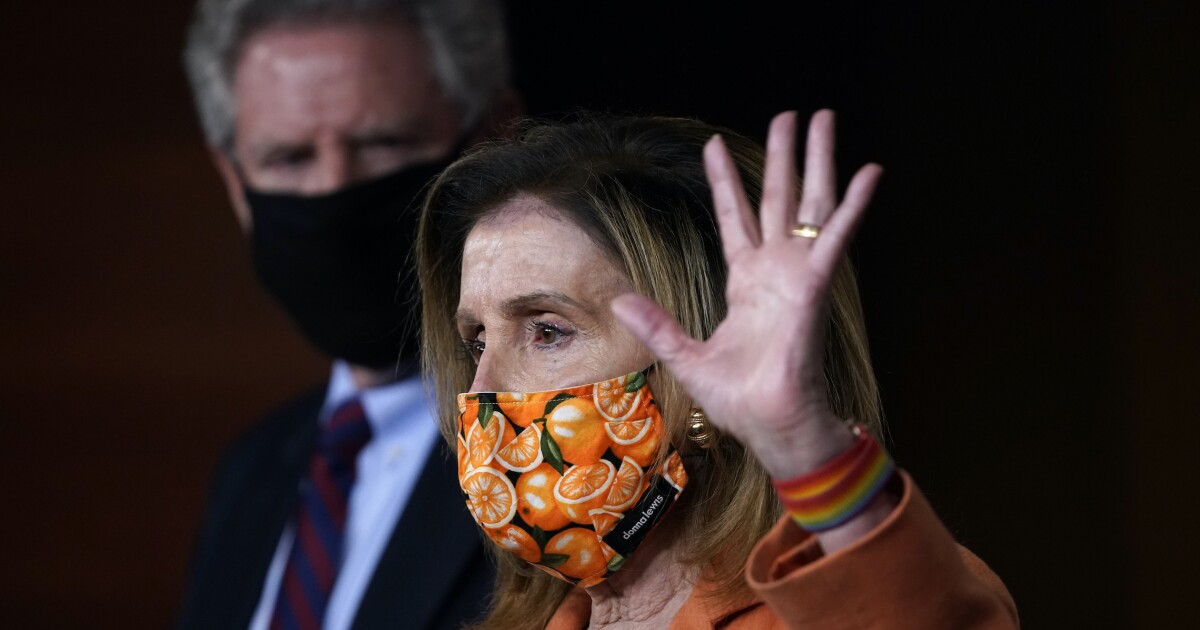 President Trump on Friday signed off on a $1.8 trillion proposal that White House negotiators hoped would facilitate a deal with Democrats, who control the House.

While the offer proves $200 billion more than a previous package offered by the Trump administration, it’s far short of the $2.4 trillion Pelosi had been asking for in private talks with Treasury Secretary Steven Mnuchin. It’s also far less than the $2.2 trillion measure that House Democrats passed earlier in September.

Pelosi wrote to Democrats on Saturday that the latest White House offer falls short by $200 billion in federal unemployment insurance. Democrats want the federal government to continue with $600 in weekly supplemental jobless benefits, which the GOP said is too high and discourages people from returning to work.

“Despite these unaddressed concerns, I remain hopeful that yesterday’s developments will move us closer to an agreement on a relief package that addresses the health and economic crisis facing America’s families,” she said.