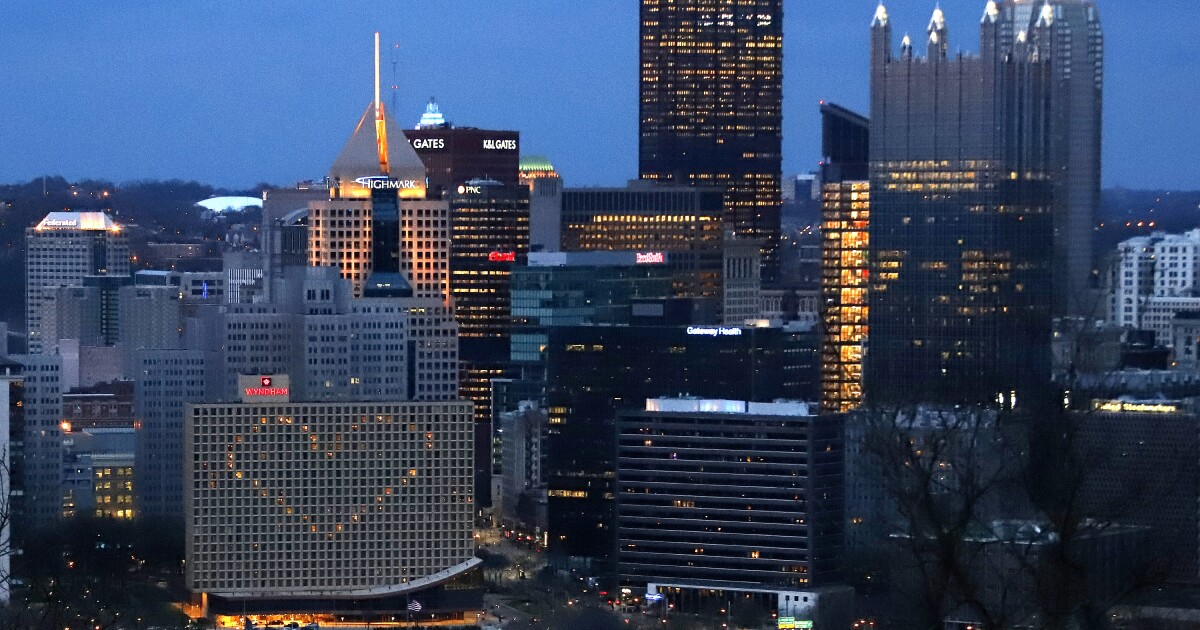 PITTSBURGH — Pittsburgh Mayor Ed Gainey and Allegheny County Chief Executive Rich Fitzgerald are very pleased that their city is on the short list for the 2024 Republican National Convention.

Salt Lake City, Nashville, and Milwaukee are the three other finalists.

Gainey and Fitzgerald, both Democrats, joined forces to recommend the city. Gainey, the city’s first black mayor, did so just as he took office on Jan. 3, citing the economic benefits to the city and the surrounding seven counties. In his letter of support to the Republican National Committee, Gainey said, “The Republican National Convention would assist in building upon these great sectors of our economy with a direct infusion of over $200 million into our local economy supporting Pittsburgh’s incredible local businesses.”

Former Mayor Bill Peduto, whom Gainey upset in last year's primaries, governed based on strident ideology and not good management. He had opposed Pittsburgh hosting any conventions that went against his progressive beliefs. He fought against hosting the National Rifle Association's convention and bashed the natural gas industry with its Shale Insights annual convention.

Peduto had famously opposed any additional petrochemical companies coming to the region and signed a gun ban into law that was swiftly overturned in the courts. This was part of a pattern. Peduto's dedication to rigid dogma over practical considerations helped contribute to his surprise defeat in last year's primaries. He even boycotted his own county Democratic Party committee's endorsement because it had backed a Democratic legislative candidate insufficiently hostile to former President Donald Trump.

KDKA’s Jon Delano reported that before Peduto left office at the end of the year, he refused to sign the city's bid for the Republican convention.

Both Gainey and Fitzgerald faced criticism from the angry left flank of their own party within minutes of their announcement. County Councilwoman Bethany Hallam tweeted, “Um absolutely the f*** not.” Her sentiments were among other unprintable viewpoints expressed by lawmakers in the Democratic Party on social media.

Fitzgerald, who is as dedicated a Democrat as you'll find, is aware of his job responsibilities to attract economic development and increase prosperity in the region. “You don’t have to agree with the ideals of every convention that wants to come to town,” he said. “If all elected officials went by that blueprint, there would be a lot of lost opportunity for area businesses to shine when conventioneers come to town.”

Fitzgerald points to the G-20 that the city hosted in 2009 as one of those opportunities the city had to show the world how much it had changed from a worn-down Rust Belt city to a region alive with technology companies, world-class healthcare facilities, and a booming energy industry.

The third-term county manager said it's impossible to have a big conference without some controversy.

“I don't care if it's the Democrats, the Republicans, the gas companies, Planned Parenthood, the NRA, the Furry's — we get all kinds of conventions that come, and not everybody loves all of them,” he said. “Having said that, we know when you go into a restaurant and sit down and have a beer or have a couple drinks, people aren't saying, ‘Well, who did you vote for? What's your opinion on Roe v. Wade? What's your opinion on the Second Amendment?'”

Fitzgerald said this is really about business and the ability to showcase the great things that are happening here.

“Pittsburgh has become a more welcoming city of various ethnicities and various genders, races, religions, sexual orientation,” he said. “Well, that welcoming has to also include different political viewpoints.”

Fitzgerald said that not only would the convention give the region a national platform to showcase the positive changes in the region, but it will also give a lot of people well-paying jobs in the weeks ahead of the event and new life in the hospitality businesses that have been hammered by the pandemic.

“There will be full hotel stays for over a week, restaurants, pubs, taxi rides, Uber service, construction jobs, bartenders, waiters. I mean, there will be a lot of working-class people who will benefit,” he said. “You bring upwards of 100,000 people to come here for the week, not just the actual attendees, but the delegates, then the staff, and the national press — it truly becomes a regional event.”

Fitzgerald shrugged off criticism from local leftist Democrats as just another example of the division in the nation.

“We live in a very divided country right now — over COVID, over vaccines, over infrastructure, voting rights. The list goes on and on,” he said.

RNC leaders will visit all four cities over the next few weeks to meet with local business and civic leaders before making a decision. In February, they will gather in Salt Lake City to make a decision.

U.S. economy is in a ‘period of transition,’ White House economic adviser says