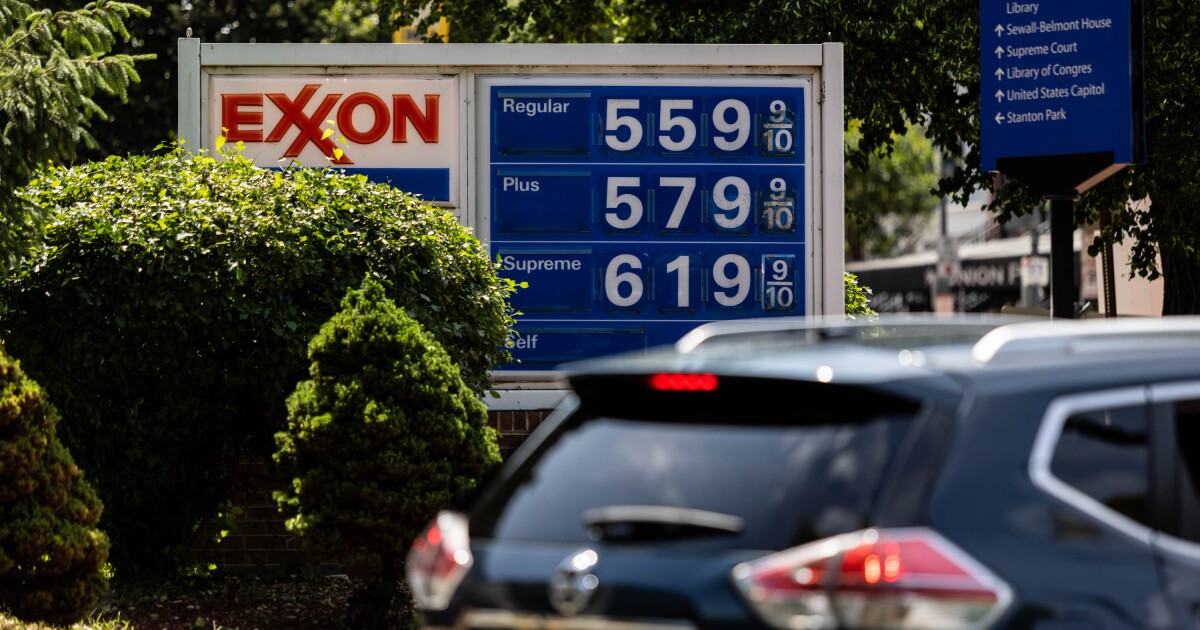 [This piece has been published in Restoring America to highlight how invasive government regulation hurts individual consumers and the economy as a whole.]

In classic Washington style, liberals in Congress are advancing a bill that most assuredly would make a bad situation much worse.

In response to soaring fuel prices, liberals seek to shift blame away from Bidenflation and onto producers through the so-called
Consumer Fuel Price Gouging Prevention Act
. A more appropriate title would be the “Driving Up Prices and Fuel Rationing Act,” because that is exactly what it would do.

The bill would empower state and federal authorities to bring civil actions against fuel suppliers who engage in what the bill terms “unconscionable pricing.”

By using highly subjective and undefinable terms to trigger action against fuel suppliers (over unlimited timeframes), the bill would provide politicians and bureaucrats near limitless power to interfere with energy markets.

The result would be a federal price control system for consumer fuel. The United States attempted
price controls
at the pump during the 1970s, and it was an unmitigated disaster. Why would Congress want to take us back to the ’70s, with interminable gas lines and “sold out” signs at station after station?

Prices are important signals that convey information to the marketplace. High prices tell companies to produce more, and low prices tell them to produce less. By interfering with that natural market process, this proposal actually could make gasoline shortages worse, forcing companies to lose money or even risk prosecution for trying to expand production while covering their costs.

Congress needs to understand that unforeseen market shifts can happen, causing a misalignment between supply and demand. This affects prices, and those prices are how markets bring alignment between consumers and producers.

These price fluctuations aren’t the problem, they’re the solution. Stop prices from adjusting and the misalignment between supply and demand will continue or even worsen into shortage. And then, watch out!

When government policy, such as this legislation, prevents producers from offering products at market prices, producers may produce less of the product (or even stop producing it altogether) and limit capital investment to provide for future demand.

When prices don’t reflect corresponding supply reductions, consumer demand will fail to adjust, instead chasing a dwindling supply. Fewer goods with high demand is a recipe for shortages.

The Federal Trade Commission knows this and has
warned
: “If natural price signals are distorted by price controls, consumers ultimately might be worse off, as gasoline shortages could result.”

The economic carnage of price controls is bad enough. But layering them over the Biden
administration’s anti-energy agenda
would make meeting the artificially high demand for gas even more difficult.

Indeed, the bill is just an extension of the left’s war on energy. The chilling effect it would have on investment and innovation would not only impact fuel prices today but well into the future. Former Treasury Secretary Larry Summers
reportedly
called this price-gouging bill “dangerous nonsense.”

Ben Lieberman, a senior fellow for environmental policy at the Competitive Enterprise Institute,
makes
the point about the nonsensical nature of the price-gouging argument in this way: “If major oil companies can simply manipulate gas prices upward, why would they have endured
six years
of considerably lower prices prior [to] 2021?”

It isn’t just nonsensical and flawed economics. The bill is also harmful because it diverts attention from the actual problems and the
real solutions
.

And many of the actual problems when it comes to gas prices
aren’t hard to identify
. The Biden administration and liberal legislators are pushing a war on conventional fuels that is driving up prices.

The Biden administration has been trying to blame the high gas prices on Russian President Vladimir Putin. But the public hasn’t been buying this misinformation campaign, properly recognizing that gas prices were soaring well before Russia invaded Ukraine.

Retail
prices
for regular
gasoline
already had
risen
by 48% from the week ending Jan. 25, 2021 (when President Joe Biden took office), to the week ending Feb. 21, 2022 (three days before Russia’s invasion of Ukraine).

Currently, gas prices are over $4 per gallon, and in some areas of the country, they
exceed
$5 per gallon.

Liberals, though, act as if they have nothing to do with what’s happening. Blame is the name of the game, not responsibility. Now the left’s blame game is turning up the heat on the oil and gas industry.

But this is hardly new. Like clockwork, when there are higher than normal gas prices, liberal legislators and administrations (such as the
Obama administration
) will try to blame it on price gouging instead of their own failed inflationary policies.

The Federal Trade Commission, though, consistently has
found
that
allegations
and
claims
of gas price gouging and related anti-competitive concerns are
unfounded
.

Policymakers need to
remove government intervention
that is driving up prices, not try to pass a bill that would double down on heavy-handed government.

This piece originally appeared in
The Daily Signal
and is reprinted with kind permission from the Heritage Foundation.