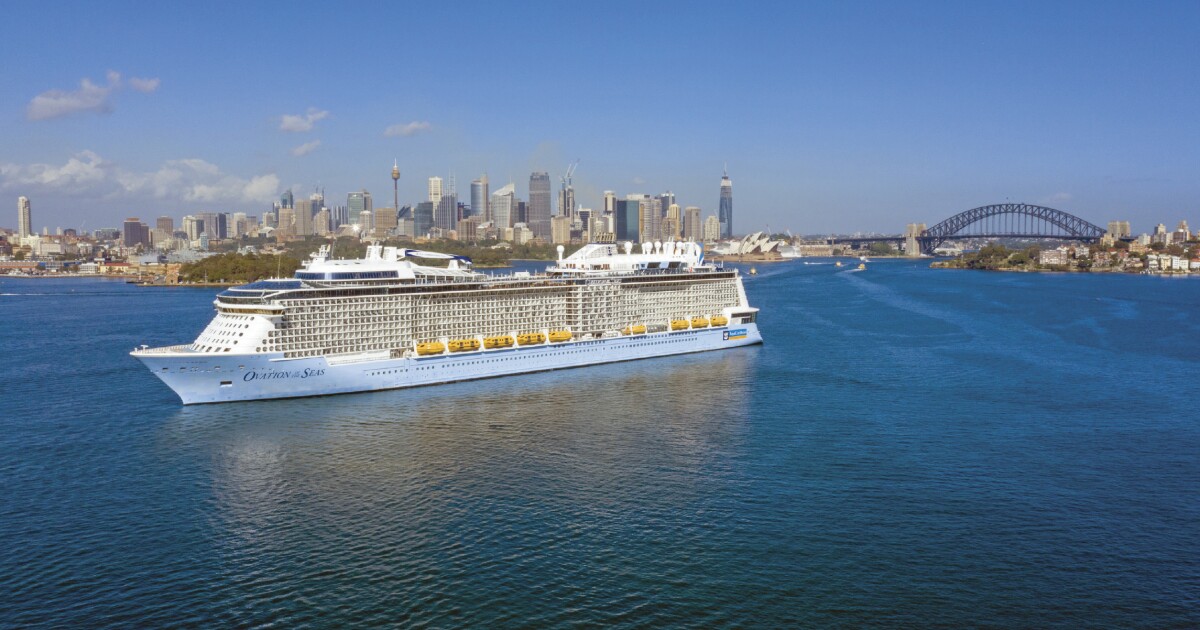 Royal Caribbean Cruise's stock began at least a 12-day rally, from Feb. 12 to Feb. 24, climbing from $67.63 a share to $96.66. The stock rose on the increased strength of bookings by passengers of the cruise line's cabins and losing slightly less money than analysts had predicted.

“COVID fatigue is real. People are clamoring for the opportunity to have experience outside their homes,” CEO Richard Fain said during an earnings call.

The cruise line's stock rallied even though it lost billions of dollars last year and is expected to lose money this year. In the first nine months of 2020, Royal Caribbean lost $4.4 billion compared to $1.6 billion for those three quarters in 2019, according to Securities and Exchange Commission filings. Most of its cruise ships currently sit idle.

Cruise lines and other so-called “opening” stocks are generally performing well in anticipation of the country and the world thawing from the great COVID-19 economic freeze. Experts speculate that there's a lot of pent-up demand for vacations.

“People are getting the sense that they might be able to get back with mostly normal activities sooner rather than later,” Marc Scribner, a transportation policy analyst for the Reason Foundation, told the Washington Examiner.

“With airlines, for instance, it's widely believed by forecasters that leisure travel will rebound faster than business travel. Business travel saw many communications substitutions that may persist long after COVID ceases to be a major public health issue. But you can't Zoom into a beach. You've also got a lot of service sector workers working at home who didn't lose their jobs and have plenty of money in the bank that they weren't able to spend normally during the past year,” he added.

Gary Leff is the author of the influential View from the Wing website. He told the Washington Examiner that airlines aren't seeing the same uptick as cruises, but he isn't worried about that yet.

“Cruises book farther in advance than airlines generally do, and flight bookings have been happening much closer to departure during the pandemic. Airlines do anticipate an uptick in travel, based on published flight schedules, though they can still scale those back somewhat,” Leff said.

“In terms of flight searches, it appears there's an uptick after a decline in the midst of the worst of the third wave for the virus. Kayak publishes stats based on searches of their platform. I'm confident that we'll see an increase in air travel come late spring and into summer,” he added.

Steven Polzin is a consultant who recently worked in the Department of Transportation. He told the Washington Examiner that trend data could be hard to sort out because “the prevalence of the internet is changing travel planning. AAA, for example, has more folks that would previously rely on them now using their own navigation and internet capabilities instead.”

“Cancellation policies have changed for airlines and various other venues such that the willingness to make long-term reservations might be different than in the past, knowing that one can reschedule without cost. Having the opposite impact, at least currently, there are no capacity constraints or steep discounts for early reservations for lodging or travel; hence there is less motivation to make long-term advance reservations,” Polzin added.

One mode of transportation that millions of people would typically rely on for increased domestic travel is buses. However, there may be some stalling involved there.

“We are hearing from all sources, including other travel professionals, that there is a pent-up demand for travel, and we expect that will include motorcoach travel as it is the most economical and green form of transportation,” Peter Pantuso, president of the American Bus Association, told the Washington Examiner.

“However, the bigger question is whether there will be an industry around to meet this demand. Because of the COVID pandemic and the lack of significant government relief funds, many of the charter and tour companies in the industry have closed their doors, and those who remain are struggling to survive,” he warned.

Airlines may have trouble as well. The International Air Transport Association calculates global losses for airlines in 2020 at $118 billion and downgraded its forecast this year.

“Estimates for cash burn in 2021 have ballooned to the $75 billion to $95 billion range from a previously anticipated $48 billion,” the agency said in a statement.

Losses for airlines based in the United States are only a part of the picture. However, the layoffs at many domestic airlines and the low volume of flights are not impressing many observers.

There's also a question of where people will stay when they travel to places. The American Hotel and Lodging Association issued a report looking at the state of the industry in 2021. It didn't sugarcoat things.

“The hotel industry experienced the most devastating year on record in 2020, resulting in historically low occupancy, massive job loss, and hotel closures across the country. Hotels were one of the first industries affected by the pandemic after travel was forced to a virtual halt in early 2020, and it will be one of the last to recover. The impact of COVID-19 on the travel industry so far has been nine times that of 9/11,” the report began.

The report had a little bit of good hospitality news and a lot of bad news.

“Leisure travel is expected to return first, with consumers optimistic about national distribution of a vaccine and their ability to travel again this year,” the AHLA predicted.

“At the same time, business travel — which comprises the largest source of hotel revenue — remains nearly nonexistent, though it is expected to begin its slow return in the second half of the year,” the report said.

The hospitality industry has shed 700,000 jobs, according to the AHLA. It doesn't see most of those spots coming back any time soon.

It may be no wonder, then, that many people are boosterish on cruise stocks. Cruise ships offer an escape with both transportation and lodging bundled together. When they set sail again in large numbers, cruise ships promise to add many jobs back into the economy as well.

Still, even Royal Caribbean, which is benefiting from a lot of bullish sentiment among investors at the moment, is reluctant to get too caught up in the hype. The Washington Examiner asked Royal Caribbean spokeswoman Tracy Quan if the company's analysts foresee a return to profitability in 2022 or think that's possible.

“Our operation is still subject to the impact of COVID-19. Consequently, we cannot reasonably estimate our financial or operational results in the short nor long term,” Quan replied.

“We remain focused on improving our liquidity position, managing our operating expenditures, and ensuring that our family of brands is ready for the return to service. We are well-positioned to emerge competitively stronger and are eager to start delivering world-class vacations, which we expect will lead back to compelling returns and a strong balance sheet,” she added.

The Washington Examiner reached out to several people who would want to go on “world-class vacations.” They would all like to take up the offers made by Royal Caribbean and other transportation and hospitality providers, in theory. But there remain many stumbling blocks.

“I am truly needing one. I have so much going on in my life, much of which could be completely related to COVID quarantine symptoms,” said Jessie Hurrelbrink of western Washington state. But she isn't currently planning a vacation.

Doug Gibson is a government civil service worker from Utah. He and his family had been planning to visit the family condo in Kaposvar, Hungary, last summer. They couldn't get to it due to the European Union's COVID-19 travel ban.

“I hated losing that vacation. I had dreamed about it for years,” Gibson said. But he doesn't expect they'll return soon due to unexpected and exorbitant home repair expenses that arose after the trip was canceled.

Bill Vierregger of Southern California told the Washington Examiner that he does plan to go on a cruise for a vacation. But he's not sure exactly when due to COVID-19 restrictions.

“The next trip on the horizon is a combined Hawaiian Islands and South Pacific, Bora Bora, Tahiti cruise,” he said. “But not until all the mask nonsense is over and we can be on a normal cruise.”