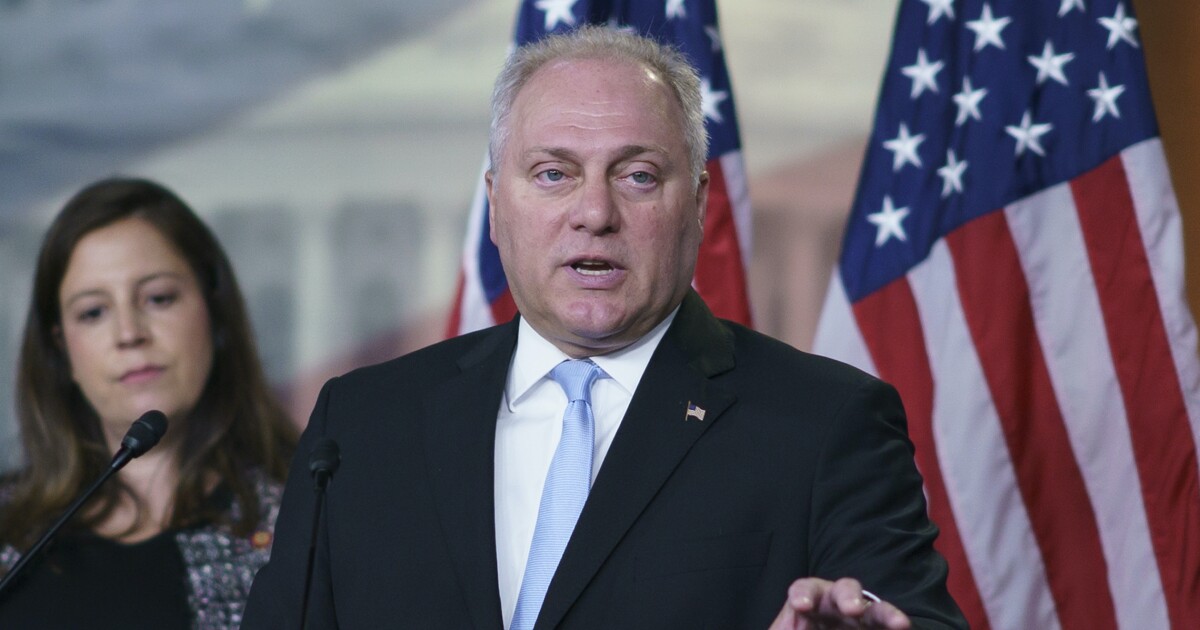 House Minority Whip Steve Scalise argued Tuesday that a sweeping social spending plan under negotiation by the Biden administration and congressional Democrats will help Republicans win the House in next year’s midterm elections.

House Republicans would need to net about five seats to reclaim the majority they lost in the 2018 midterm elections.

“There’s a lot of energy, very positive energy about where we are in our path to take back the House next year,” Scalise, a Louisiana Republican, told reporters at a press conference. “You see it all across the country: There’s an anger by families, Republican, Democrat, and independent. You see it in the polling. They’re angry about all of this big-government socialism.”

Scalise said voters oppose the cost of the spending plan and see the Democrats’ policies as the cause of rising inflation.

“Inflation is the biggest thing that’s holding families back today,” Scalise said. “Even if you’re getting a wage increase, it’s being undermined by a dramatic increase in inflation that ultimately takes that away.”

“Families are paying the cost of Joe Biden’s big-government agenda, and they don’t like it,” he added.

Scalise said that “you’re seeing that same kind of energy in Virginia,” where Republican Glenn Youngkin is tied for support with Democrat and former Virginia Gov. Terry McAuliffe.

Congressional Democrats have thus far failed to reach an agreement between their centrist and progressive members on the size and scope of the package, which contains key portions of President Joe Biden’s domestic agenda. Democratic leaders have indicated they could reach a framework for a deal as soon as this week.