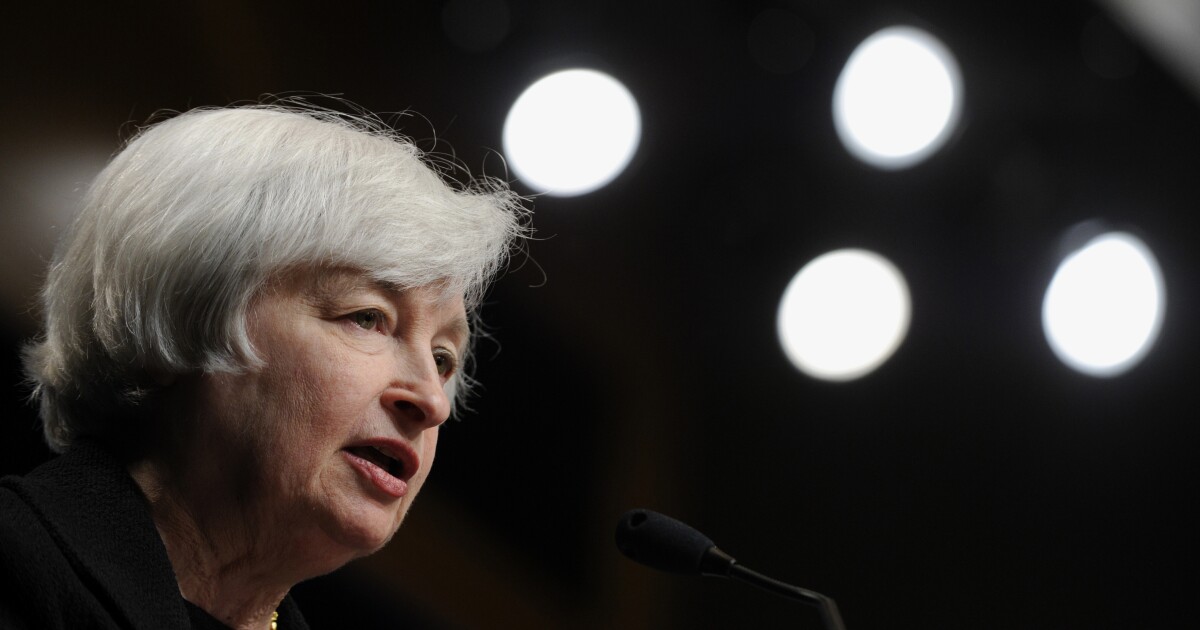 Janet Yellen, President-elect Joe Biden's intended nominee for Treasury secretary, has warned repeatedly in the past decade that the United States is taking on too much debt and is therefore on an “unsustainable” financial path.

The former Federal Reserve chairwoman's stance on deficits raises the possibility of tension with the political Left. Many liberals fear that deficit worries will hamstring their agenda and increase the possibility of austerity measures.

If confirmed to the position, Yellen will inherit a federal debt of $20.3 trillion, or 98.2% of GDP, by the end of 2020, according to a September analysis by the nonpartisan Congressional Budget Office. Furthermore, thanks to pandemic relief spending, the federal government’s deficit for fiscal year 2020 was $3.1 trillion, the highest deficit on record, the Treasury reported in October.

Yellen has raised concerns about the debt almost every year since 2010, and sometimes multiple times in a year. She discussed the “unsustainable” path of the rising national debt in 2010 during the Great Recession as Fed vice chairwoman, in 2015 and at least twice in 2017 as Fed chairwoman, and then again in 2018, 2019, and 2020 as an economist at the Brookings Institution, a left-of-center think tank.

“The U.S. debt path is completely unsustainable under current tax and spending plans,” Yellen said in a February interview.

Yellen is also on the board of the Committee for a Responsible Federal Budget, an organization that advocates for lower deficits that is disliked by some in the left-wing of the Democratic Party.

Many mainstream economists have warned that the government’s fiscal course is unsustainable, with serious consequences on the stability of the U.S. economy, as well as future growth, unemployment, and the strength of the U.S. dollar. Federal Reserve Chairman Jerome Powell, for example, said in 2019 that Congress and the president should address the debt now, while unemployment is low and the economy is healthy, rather than during some future crisis.

Yet, both Powell and Yellen have said that the pandemic-induced recession necessitates greater spending and higher deficits in the short-term.

Fiscal hawks have been political outliers for many years now though. Neither Democrats nor Republicans in Congress have demonstrated any eagerness to curb it. In fact, they've acted on a bipartisan basis to increase spending.

Many Democrats, aware that successive Republican administrations have pursued deficit-financed tax cuts, are increasingly in favor of presidents enacting major new programs without offsetting them with spending cuts or tax hikes.

Rep. Alexandria Ocasio-Cortez, for instance, has called for implementing a “Green New Deal” without necessarily offsetting its cost, calling it a “mistaken idea” that such a plan would have to be fully paid for in taxes.

Ocasio-Cortez subscribes to a heterodox economic theory known as Modern Monetary Theory, which posits that governments, because they can create their own money, are constrained in spending only by inflation. MMT, as it’s known, has been popularized by former adviser to Sen. Bernie Sanders Stephanie Kelton.

But Yellen has said that raising taxes and cutting benefits would be justified.

“If I had a magic wand, I would raise taxes and cut retirement spending,” she said in 2018.

According to an October survey, 70% of voters say they are “very” or “somewhat” worried by the current level of government spending. Approximately 77% of Republicans at least somewhat worried, and so are 70% of independents and 65% of Democrats.