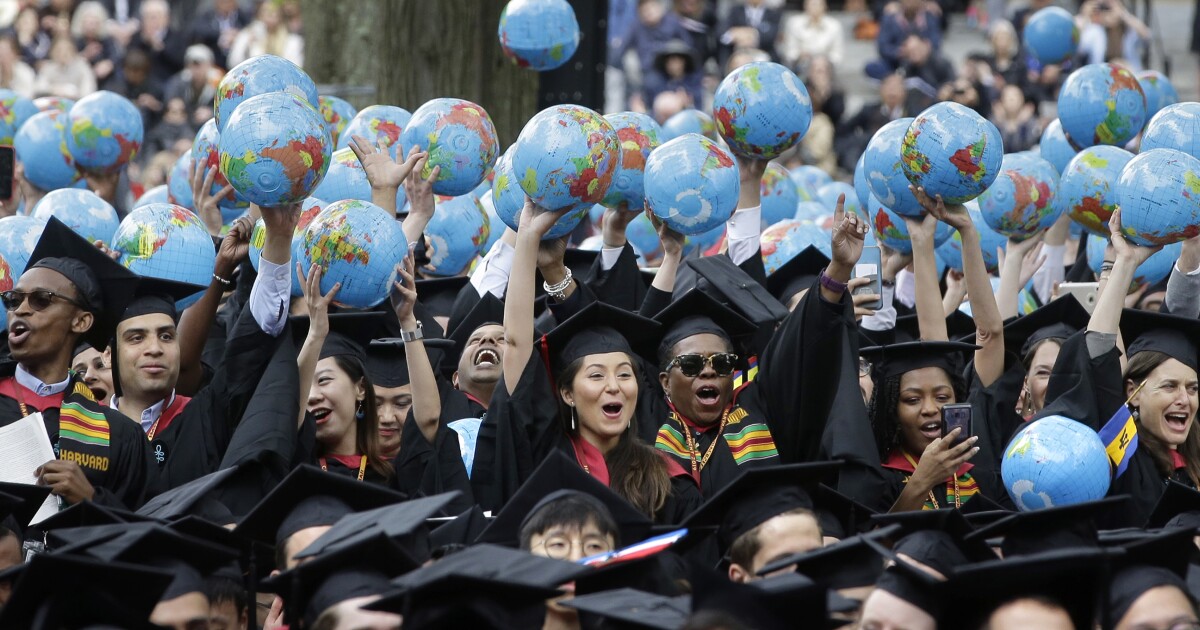 Democratic Sens. Chuck Schumer and Elizabeth Warren, along with Rep. Alexandria Ocasio-Cortez, have been encouraging President-elect Joe Biden to cancel some or all student loan debt via executive order during his first 100 days in office. Warren claimed it would “close the racial wealth gap” and be “the single most effective executive action available for massive economic stimulus.”

She could not be more wrong.

On paper, erasing student loans may seem like a good idea, but it will do more harm to students and the economy in the long run. Additional student loans will be issued and potentially forgiven, which will harm taxpayers more than they already have been harmed by the coronavirus pandemic.

As two recent college graduates, we understand the difficulty in paying for a higher education. Yet, both of us graduated without debt. This required us to hold jobs, use scholarships, and get some assistance from parents who worked hard and saved money to help pay for our education. Erasing debt for others is a slap in the face to every student and family member who ever paid for a college education. It is unfair, unequal, and costly.

According to the Brookings Institution, about 42 million people together hold $1.5 trillion in college debt. Brookings notes that under Warren’s plan, “the bulk of the benefits … would go to the top 40% of households [by income] because they have the bulk of the loans. Borrowers with advanced degrees represent 27% of borrowers, and would get 37% of the benefit.” The bottom 60% of the income spectrum would get only 37% of the benefit. So much for decreasing the wealth gap.

Brookings also notes that, like us, 30% of college graduates have no debt. About 25% have less than $20,000 in debt, and only 6% owe more than $100,000. The large debtors carry about one-third of total student loan debt and usually have borrowed for graduate school. That also means they are more likely to be able to pay it back based on future income.

Additionally, loan forgiveness and providing more loans to current and future students will not lower tuition rates, which caused all this debt in the first place. A National Bureau of Economic Research study showed that between 1987 and 2010, there was a 106% increase in net tuition, and student aid was the underlying cause for most of those increases.

The proposal to eliminate student loan debt also adversely affects those who never went to college. According to the Census Bureau, the number of people who hold a bachelor’s degree or higher is at a record 36%, which conversely means nearly 2-in-3 people do not have a college degree. This means the non-college-educated workforce will subsidize those who chose to attend college. When we went to college, we knew many people who immediately entered the workforce, went to trade school, became entrepreneurs, or found other opportunities. College is not meant for everyone. Many successful people, such as Apple founder Steve Jobs and Facebook CEO Mark Zuckerberg, never finished their college degrees.

People who choose not to attend college may do so out of convenience, family needs, or the hefty sticker price. In fact, there were 231,000 fewer students enrolled in fall 2019 compared to fall 2018, dropping enrollment down to 17.9 million students.

Millions of people who now find themselves saddled by debt related to the costs associated with higher education had various options already available to them to relieve that burden. They could have attended and received credits from local community colleges to reduce tuition costs that, according to CNBC, is a fraction of the cost of attending a four-year college or university.

Here is another argument against broad debt forgiveness: According to Forbes, at least 17 states offer grants or scholarships that make college free or greatly reduce the cost. In-state schools cost far less than out-of-state schools, yet the number of freshmen attending out-of-state institutions has doubled since 1986, according to the New York Times. These students decided to both pay higher tuition rates and leave behind lucrative state financial aid packages.

A student loan is the result of a completely voluntary choice, such as a mortgage, a car loan, or a business loan. Therefore, it should be paid back. There are now more opportunities to pay back student loans at lower rates and to extend repayment than there were many years ago. There are programs that provide complete forgiveness, including working at companies that pay off loans as part of recruitment for new employees.

There is no reason to ever force taxpayers to cover the student loan debt of millions of people.