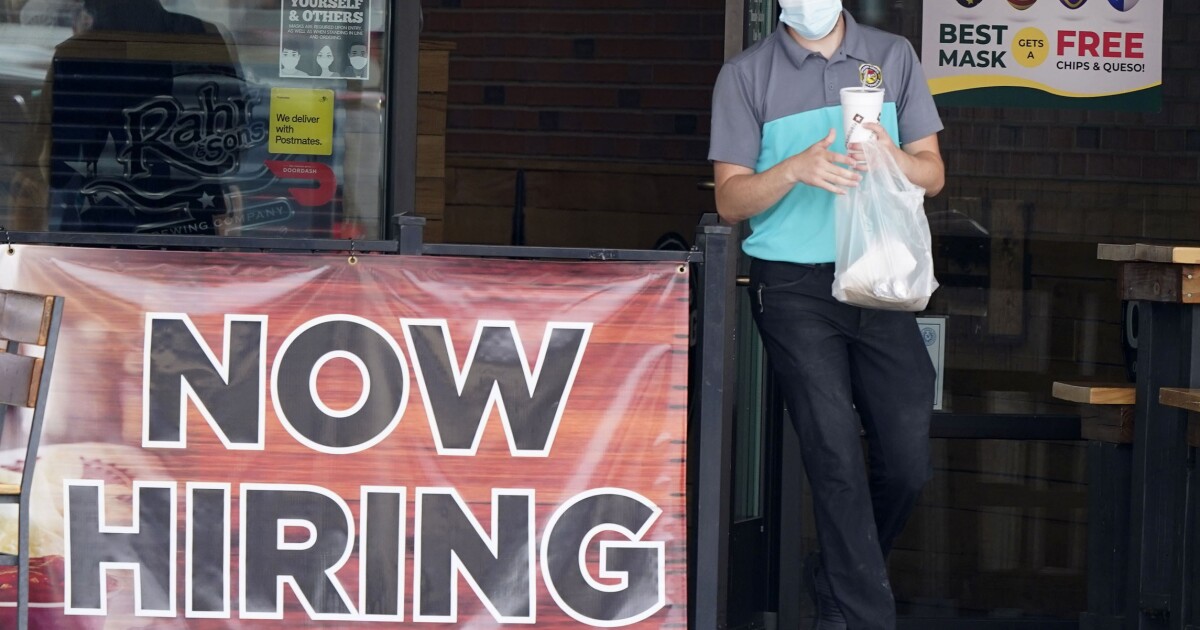 When the dust settles and all the election drama finally comes to an end, a debate will undoubtedly reemerge over the need for another round of COVID-19 “stimulus” to propel the economic recovery. But the latest economic developments undermine the argument that further stimulus is necessary at all.

The Labor Department released its latest jobs report on Friday morning, and it shows that in the month of October, job growth actually surpassed expectations.

“The economy added 638,000 jobs and the unemployment rate dipped to 6.9% in October, the Labor Department said in a jobs report Friday that beat forecasters' expectations and provided reason for optimism about the economy,” the Washington Examiner's Jay Heflin wrote. “The even better news was that unemployment fell even as 724,000 people entered the workforce.”

This heartening job news shows that even though the last bout of stimulus expired on July 31, the labor market is rapidly recovering. No doubt, there are still millions out of work, and more recovery is needed. But the economy is strongly rebounding as states reopen their economies and lift devastating COVID-19 lockdowns.

And the positive jobs report comes after strong growth numbers, too. (Yes, all without additional stimulus.)

“Remember predictions that the economy would fall off a ‘demand cliff’ once $1,200 checks stopped and $600 enhanced jobless benefits ended on July 31?” the Wall Street Journal editorial board wryly asked. “Nancy Pelosi and economists who are also advising Joe Biden predicted doom.”

Instead, we saw a record-breaking rebound in growth.

The economy grew 7.4% over the third quarter, which, if such a strong growth rate was annualized, would amount to an astounding 33.1% GDP growth. This strong growth has helped to make up a large portion of the ground that we lost in the massive plummet after the coronavirus crisis began. And there’s no reason to think the next quarter won’t also bring strong, positive growth.

So, how could we possibly justify trillions more in bailouts and “stimulus?”

Given the costs it imposed on people via pandemic lockdowns, it was always justifiable that the government would do something to compensate its citizens. But the massive $2.2 trillion CARES Act blew a hole in our budget that will leave future generations drowning in debt. So, too, it created a broken welfare system that paid people more not to work, and it sent billions in checks to dead people. Oh, and don’t forget the minimum of $26 billion lost to fraud.

“It’s clear now that Congress’s massive outlay of cash has been often inefficient, helping to exacerbate the already-yawning wealth gap in the United States while leaving the neediest in the lurch during the worst unemployment crisis since the Great Depression,” that bastion of right-wing thought, Time magazine, concluded of the CARES Act. “This package, devised and promoted as a mechanism to alleviate inequitable suffering during the pandemic, may end up playing a role in exacerbating it in the immediate future.”

Spoiler alert: The government isn’t very good at doing things. I mean, it can’t even count ballots competently. Pushing for more sweeping state intervention into the economy when it’s clearly not necessary is just a recipe for more incompetence and waste.

Brad Polumbo (@Brad_Polumbo) is a conservative journalist and the host of the Breaking Boundaries podcast.