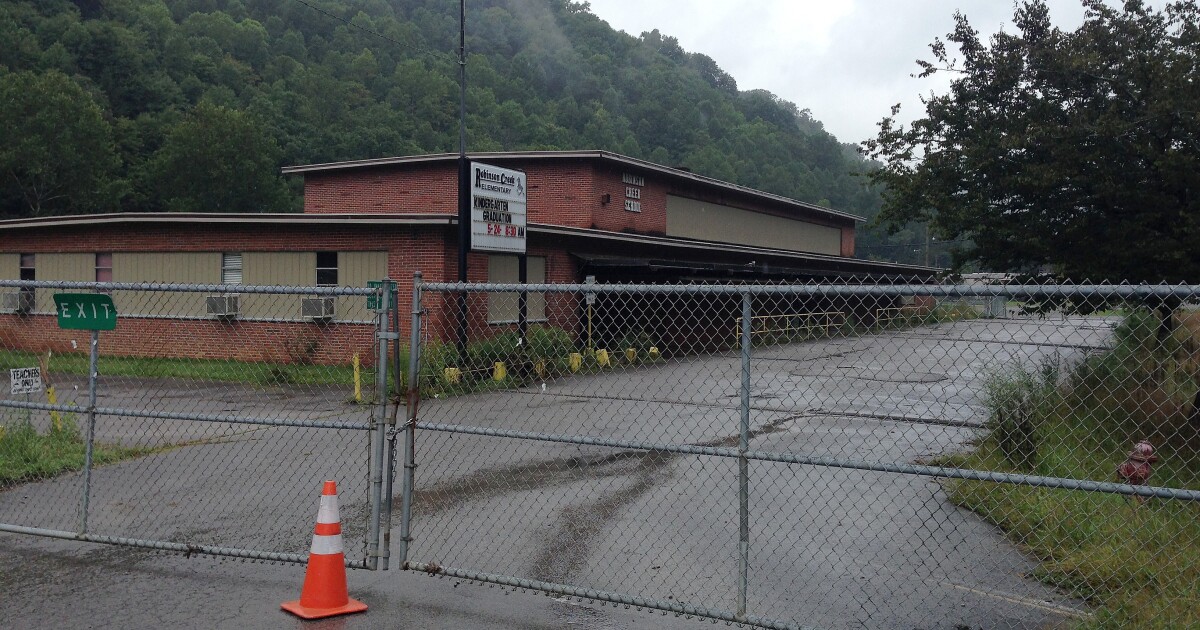 The coronavirus pandemic changed education in the United States forever. It cast a critical light on school financing, the ability of students, teachers, and parents to adapt to a new scholastic landscape, and gave teachers unions more power than they've had in a generation. In this series, the Washington Examiner takes a closer look at the toll the pandemic had on our nation's public school system and the lessons learned along the way.

RICHMOND, Virginia — It was like an early Spring Break.

At least that's what Maya Shuman and her friends at Robious Middle School thought when they were told last March they'd be out of school for a couple of weeks because of COVID-19.

“Everybody was like, ‘Sweet! We have two weeks off from school!' but halfway through the first week, everyone was watching the news, and it was like, ‘Wait, why are we out of school again?” she told the Washington Examiner. “Then it just kept getting longer and longer, and halfway through April, people were like ‘OK, we're not going back to school this year, are we?”

Shuman, then 13 years old, asked her parents what was going on. Her father, a teacher, and her mother, a medical professional, didn't pull any punches.

In the year that followed, Shuman, like millions of other students across the country, has adapted to life during the pandemic. She recently had her first face-to-face outdoor meeting with her friends in a year. They were masked and kept 6 feet apart.

The struggle of remote learning this past year has cast a critical light on education inequality, mental health, and academic performance. It has also provided an in-depth look at the ability of students, teachers, and their families to adapt to a new scholastic landscape.

Ohio became the first state in the nation to announce statewide school closures on March 12, 2020.

The order to shut down all K-12 schools, traditional public, public charter, and private, marked the most aggressive action by a state to stem the spread of COVID-19. Virginia shut its doors on March 23. And by March 25, it was official: All U.S. public school buildings had closed.

Over the course of a year, the country's 13,506 school districts took very different paths, with varying degrees of success, when it came to education.

The common denominator was that the pandemic was unlike anything schools had prepared for, and it would go on to test the strengths and expose the weaknesses in the education system.

“I went from dropping them off at elementary school to telling them they couldn't play with their friends for a year,” Kristen Jackson, the mother of five boys in Midlothian, Virginia., told the Washington Examiner. “To be honest, there were times when I didn't think we were going to make it.”

Even with all the bells and whistles, Jackson and her sons quickly learned a computer was no substitute for a classroom.

In fact, teachers in the United States rated the effectiveness of remote learning between one and three out of 10 — scores so low they barely beat skipping school altogether.

America's youngest students, such as Jackson's 5-year-old son Scott, were among the hardest hit when classroom instruction moved online.

That's because the primary method used to teach preschool and elementary school children involves sensory play or hands-on activities that engage all five senses — something you can't get from staring at a screen. Research also shows that sensory-based play helps shape better social and academic performances down the line.

A fall 2020 Pew Research Center survey found 47% of parents with young children said they were more concerned about their children falling behind in social skills than they were before the pandemic.

Special-needs students, who have gone for more than a year without in-person therapy, have also had issues. Many appeared to have regressed physically, mentally, and academically, according to CalMatters.org.

And while there is no nationwide data available yet on how other students performed during the pandemic, there have been sobering statistics from local reports.

In Arlington, Virginia, a little more than half of middle and high school students are failing at least one class, while nearby Fairfax County saw an 83% increase in failing grades. Michigan saw twice the number of failing grades in the fall 2020 semester than the year before, and a school district in Austin, Texas, reported a 70% increase in the number of failing students. In New Haven, Connecticut, the number of high school students who failed five or more classes this past semester was four times higher than in 2019.

The rise of remote learning also exposed some uncomfortable truths about inequities in America's education system.

Students needed broadband access to complete assignments, communicate with teachers, socialize with classmates, and apply to colleges. While it worked out for some, digital learning wasn't even an option for millions of others living in low-income or rural areas, where access to a computer and reliable internet was slim. Seventeen million children lived in homes without high-speed internet, and 7 million others didn't have a computer at all going into the pandemic, according to 2018 Census Bureau data.

Nearly 10% of public school teachers were also caught in the digital gap, according to a Common Sense report.

The 32-page deep dive estimates between 300,000 to 400,000 educators have issues with computers that affected their ability to run remote classes.

“This new data and analysis further highlights the urgency for policymakers, educators, and private companies to address this basic educational equity issue that affects kids in every state,” Common Sense CEO James Steyer said. “Our report makes clear that during this age of distance learning, we have to act right now to close the digital divide that is leaving millions of kids behind.”

The report puts a one-year price tag of $11 billion to connect all children at home and an additional $1 billion to close the teacher gap.

However, getting computers or home connections wasn't the only problem.

Shuman said her school gave students the option of coming back or learning remotely. Lessons were supposed to be taught in tandem, but on the first day back, when students at home and their counterparts at school tried to log on to Google Meet, the computers at school overloaded the system and crashed.

The year of school closures also took a massive toll on the mental health of students and teachers.

“The isolation we need to do to save lives is hitting them right at their developmental core,” Ken Duckworth, chief medical officer at the National Alliance on Mental Illness, said. He added, “It's the young adults and the children who are being impacted, and the effects are going to be long-lasting.”

While there were some remote guidance counselor's offices set up, it wasn't the same for students. In many cases, disturbed, depressed, and scared students kept their emotions bottled up.

“Worry or anxiety during this period would be expected and is a normal response,” Archana Basu, a clinical psychologist instructor in the Division of Child and Adolescent Psychiatry at Massachusetts General Hospital and Harvard Medical School, said. “Children’s adjustment to the new school format, whether it’s remote or hybrid, would vary a lot based on age and a child’s individual personality or temperament, as well as the family’s overall experience of the pandemic. Both the disease aspects of the pandemic and also the economic stressors, if a parent or caregiver has lost a job, if there has been income or residential instability, are all part of the child’s experience and will play a role in the child’s adjustment.”

In recent months, there has been a spike in suicide attempts.

“The kids that we are seeing now in the emergency department are really at the stage of maybe even having tried or attempted or have a detailed plan,” Dr. Vera Feuer, director of pediatric emergency psychiatry at Cohen Children's Medical Center of Northwell Health in New York, told NPR. “And we're admitting to the hospital more kids than usual because of how unwell they are.”

Monica, now a freshman at a Virginia state university told the Washington Examiner, there had been nights during her senior year when she didn't want to wake up.

“I know it doesn't seem like a big deal, but I really looked forward to prom, graduation, beach week,” she said. “I've had the same group of friends since the fifth grade. We have been through so many life experiences, but 2020 was different. Towards the end, I didn't want to be around anyone. I didn't want a parade of cars in front of my house honking on my birthday. I just wanted my old life back.”

On March 11, President Biden signed the $1.9 trillion American Rescue Plan into law. It provides more than $170.3 billion to education and is the single largest federal government investment in the country's schools. The money includes $125.4 billion for state K-12 public education programs and $39.6 billion for higher education. Since the spring of 2020, the federal government has given more than $200 billion in funding to deal with the effects of COVID-19 in schools.

While the cash infusion helps, the true cost of the pandemic on the country's education system ran much deeper.

Growing evidence points to closures having a “devastating impact” on the economy for years to come, with most of the damage felt by students in low-income or rural areas that have fewer resources to make up the “lost year.”
Learning disruptions are expecting to lower the level of annual economic output in the U.S. by a quarter of a percentage point over the next seven decades, according to the Federal Reserve Bank of San Francisco. It estimates the loss to the economy could hit $90 billion a year on average. When current school-age children hit their peak earning potential around 2045, those losses could reach half a percentage point, or nearly $150 billion.

“This is a loss they will carry for the rest of their lives,” Huiyu Li, a senior economist in the Economic Research Department of the Federal Reserve Bank of San Francisco, said.