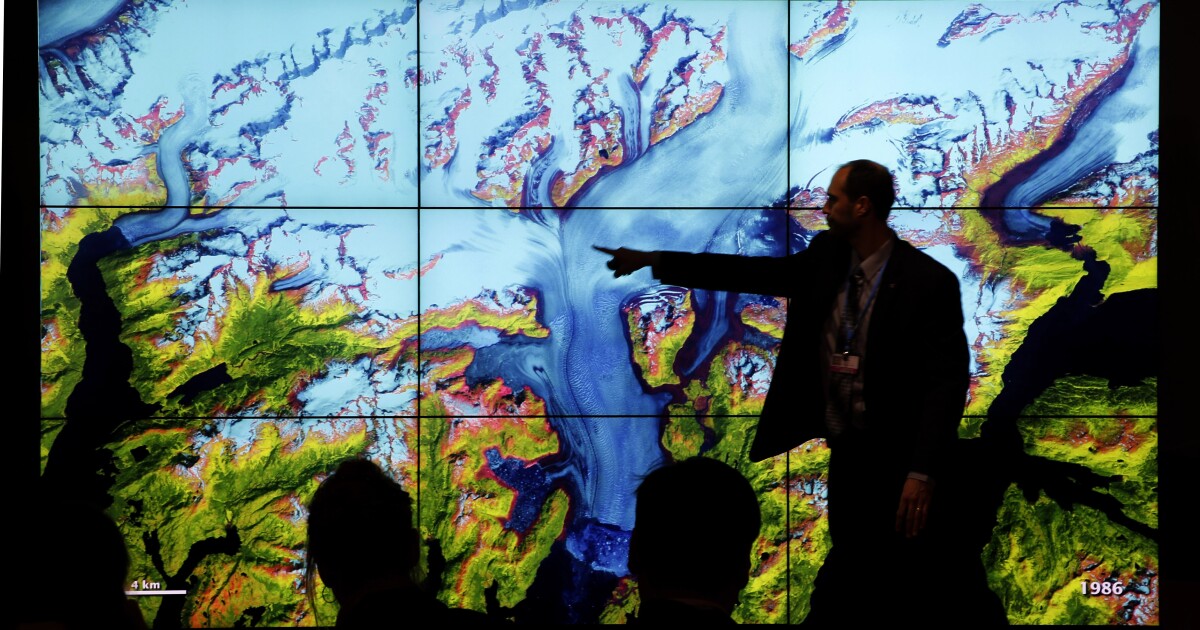 The
Securities and Exchange Commission’s
recently proposed rule is so complex and far-reaching it could reorient the
entire U.S. financial system
into one that prioritizes climate change over financial soundness. The rule risks turning the SEC into a quasi-environmental agency in which
climate “experts”
have greater influence than financial regulators focused on preventing fraud and promoting fair returns to workers and retirees.

The SEC describes the rule as necessary to address investors’ demands for transparency about climate change risks. Sounds simple, but the sheer size of this rule is anything but. It’s designed to deny financing to the American oil and natural gas industry just at a time when more production is needed to bring down prices at the pump.

The proposed climate change disclosure rule is so complex that it runs 506 pages with 1,068 footnotes. It would impose a $10.235 billion cost on society, putting further upward pressure on energy prices. Rather than providing clarity to investors, it would require companies to report the unknowable and predict the impossible.

First, it requires companies to report their greenhouse gas emissions. That’s difficult but possible to do when it’s the direct emissions from their operations, called Scope 1 emissions. The
Environmental Protection Agency
already requires GHG reporting from companies.

But reporting GHG emissions becomes impossible when companies must report the indirect emissions from all their suppliers and every consumer who uses their products, known as Scope 2 and 3. Companies would have to obtain emissions data from every manufacturer and service provider they use, down to how much rubbish they dispose, the hotel stays of their employees, and the mileage of their vehicles. Companies would be responsible for the emissions from consumers who benefit from their products. The sheer amount of data necessary to calculate all emissions would require legions of bean counters — if it’s even possible to collect or estimate.

Second, the SEC rule requires companies to assess the physical risks to their operations from natural disasters and sea-level rise. There are thousands of climate scientists who study weather events and run complex models to try to predict how global warming will affect natural disasters. Their projections are carefully framed with error ranges and uncertainties. The SEC expects companies to try to sift through all the science and speculate on the risk to their coastal facilities or the effects of drought on their food supplies. How does that conjecture really provide investors with useful information?

The rule also requires companies to assess the “transition” risk from climate change. In other words, the SEC is assuming that America will transition away from oil and natural gas. But Congress has never passed a law requiring such a transition because climate change advocates have failed to convince a majority of people that the sacrifices necessary to do so are wise or even realistic. In the continued absence of an alternative that does everything oil and natural gas do, eliminating their use would leave the public without the reliable means to heat their homes, drive their cars, switch on the lights, and put food on the table.

Really what’s happening is the Biden administration is using the bureaucracy to drive forward an agenda otherwise not possible through the democratic process. The rule, in effect, requires companies to guess what political risk they may face in the future from climate change laws that have not yet passed by politicians who have not yet been elected. Since pollsters can’t guess with any accuracy what the results of this November’s election will be, how can the SEC ask companies to guess what their political risk is five, 10, or 30 years into the future? The SEC’s rule is not about providing useful information to investors. It’s about driving a climate change agenda without the consent of the people.

In reality, it’s the activists who are creating the political risks to businesses that SEC now wants companies to disclose. By advocating unrealistic policies aimed at eliminating fossil fuels and increasing the regulatory burden on them, such as this SEC rule, they’re attempting to render valueless the very assets they purport to be so worried about on behalf of investors. It’s unlikely they have the best interests of investors in mind.

At bottom, the SEC is a
financial regulator
that should stick to ensuring the market is well run so that it provides the goods and services America requires while delivering returns to anyone with a pension fund, IRA, or 401k. The SEC should not be advancing a political agenda as an end-run around Congress.

U.S. economy is in a ‘period of transition,’ White House economic adviser says