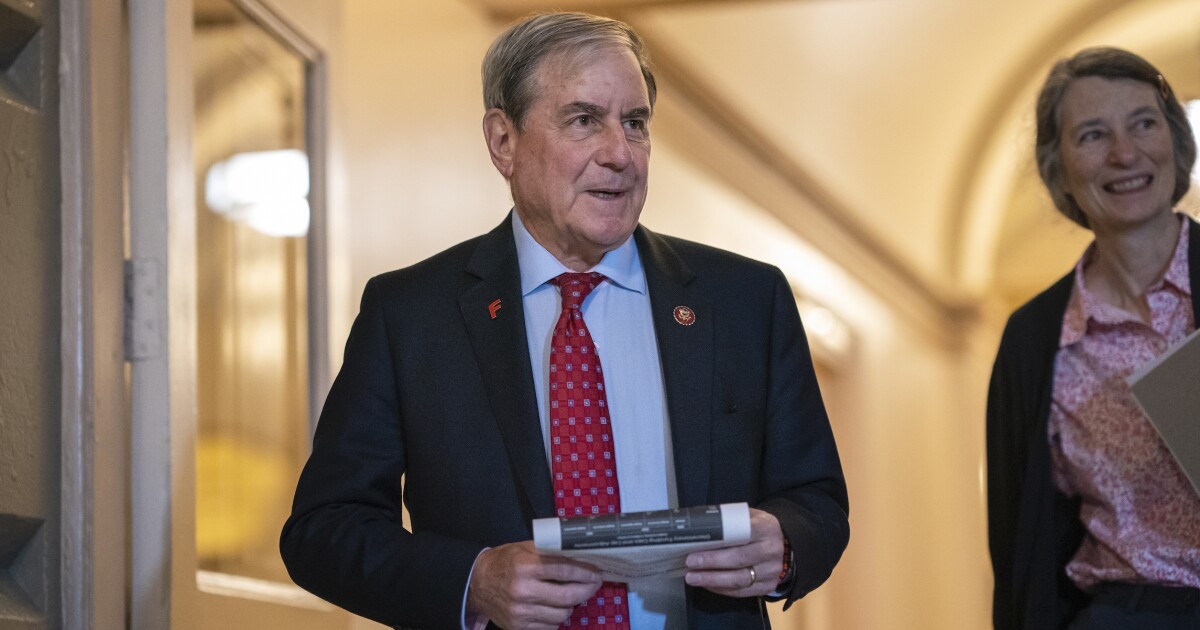 Rep. John Yarmuth, chairman of the House Budget Committee, wants you to know that America is “in a race against time.” Sounds urgent, no? This fire alarm requires “aggressive, bold action … before our nation is more deeply and permanently scarred by the human and economic costs of inaction.” Woah, that’s 11 on a 1-10 scale.

You could be forgiven for thinking that this extravagant call to panic stations came, to put it a little obliquely, late in the evening. But it was not a tired and emotional off-the-cuff comment. It was delivered by the House Budget Committee’s Twitter account. Despite its tone, it was intended to help passage of President Biden’s $1.9 trillion spending bill, not make it a laughingstock.

Let’s look at our putative dire straits. There are 10 million fewer jobs in the economy than there were a year ago. That’s bad. People whose employment or businesses were vaporized have suffered badly. But COVID-19 distributed pain unevenly. Many more people have actually gotten richer in the past 12 months. Uninterrupted incomes have sluiced into bank accounts and stayed there.

Cooped up at home, the public hasn’t spent on restaurants, bars, vacation destinations, and much more. They’re willing, even frantic, to spend and have some fun. They’ve managed in some areas. For instance, people are buying a lot of new cars. But despite this, the personal savings rate, which bumped along just above 7% until a year ago, has surged to record levels. It topped 33% early in the pandemic and is still running at about 13%, nearly double what it does in normal times. This flood tide of money will surge into the economy when we reach herd immunity in about April.

So, although there’s a case for carefully targeted financial help for people who’ve been economically crushed by the pandemic, there’s no case for borrowing and beggaring future generations to spray fiscal gasoline on an economy that’s about to get hot.

It’s not just these basic economic data that show Yarmuth is hyperventilating. Look at the bill itself. If Democrats actually believed in the emergency they claim is falling on the nation’s head, if they really wanted to speed aid to the places it’s needed, they’d write legislation capable of attracting bipartisan support. They wouldn’t freight it with irrelevant expenses guaranteed to produce Republican resistance and slow it down.

If you want your neighbor to work with you on urgent repairs along your boundary line, you don’t draw up a blueprint that includes arrogating an acre of his property. But that’s what the Democrats are doing, for example with their inclusion of a minimum wage hike to $15 an hour. They know Republicans will fight it. It wouldn’t be there if the $1.9 trillion were urgent.

Even interpreting their bill generously, more than $1 trillion of it has nothing to do with COVID-19. It includes a $350 billion slush fund for badly run Democratic states and cities. Then there’s $129 billion allocated to schools, of which some won’t be spent until 2029!

In other words, the Democrats' “bold action” to prevent deep and permanent national scarring is the usual grab bag of hack policies that dole out your money to their favorite vested interests. The only urgent thing about this spending bill is its partisanship. Democrats need to get it passed and off Capitol Hill to Biden’s desk for signing before everyone realizes that the blue party just cooked up another gourmandizing banquet. When, soon, the nation emerges blinking (with a hangover) into the sunlight of this coming post-pandemic summer, it will be too late to undo the legislative bacchanal.

We’ll resume normal social and economic activity, more or less. We’ll visit friends and relatives and catch flights to head off on long-postponed vacations. Think of the relief. It will feel wonderful, and we’ll love it.

But if the Democrats have their way with the $1.9 trillion spending bill, no one will love it as much as the one-party blue state machines who will have been let off the hook for decades of misgovernment. No one will be as thrilled as the teachers unions that, in gratitude, will generously give back some of your money at election time to the Democratic Party that made it possible.

Each of the rest of us will be saddled with another $3,000 of debt, which we’ll be paying off, with interest, for the rest of our lives.