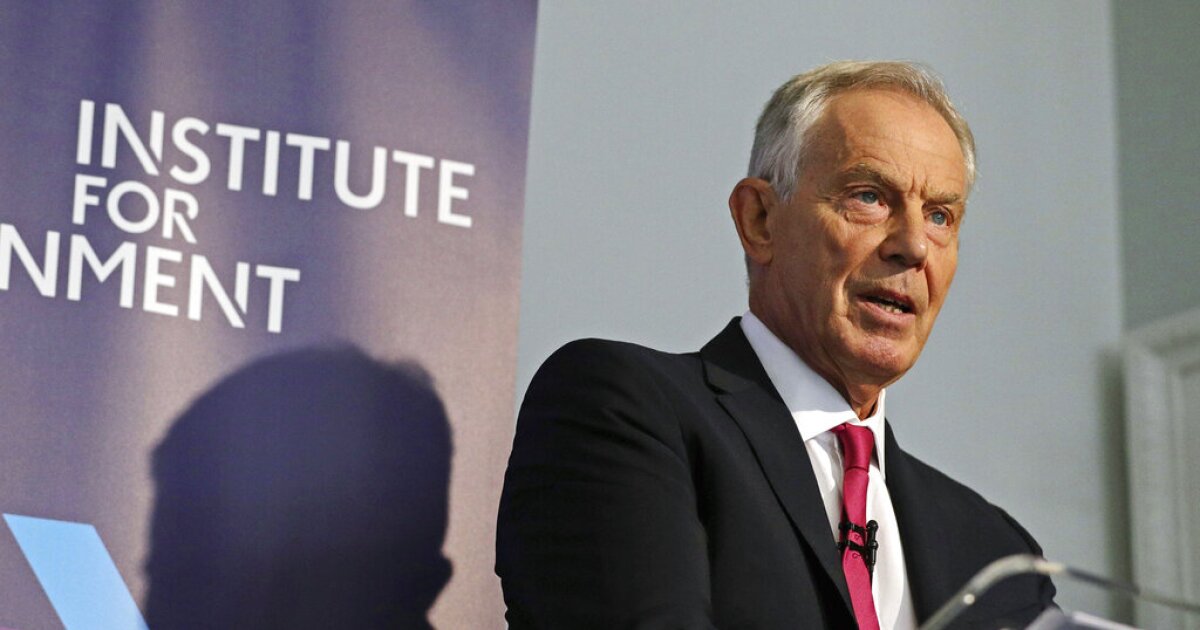 Former British Prime Minister Tony Blair called on his own party's leader to drop the “woke” mentality and focus on the country's economic woes.

Blair, who once led the United Kingdom's left-wing Labour Party, said that current Labour leader Keir Starmer should stake out positions that can be “radical without being dangerous,” according to a foreword for a new report for the Tony Blair Institute for Global Change.

“The public, though they will agree with much of what Labour says, will not vote Labour come an election unless they can be sure that Labour understands the modern world, is not driven by ideology but by a coherent analysis of what the country needs, and will offer something radical that is not risky,” Blair, the executive chairman of the institute, wrote in the report published Thursday.

Starmer should instead carve out a position on “culture-wars” that lands the party at the “centre of gravity” for the British people, who want “fair treatment for all and an end to prejudice,” Blair said.

Blair, who served as prime minister from 1997 to 2007, suggested the path forward for his party was focusing on the economy, citing “poor growth and productivity” as the “core challenge for Britain.”

“An economic policy which — as Rachel Reeves is doing — moves Labour from a wish-list to a credible framework that supports business and makes people comfortable with the prospect of Labour running the economy,” he said.

The former prime minister has resisted the far-left mentality of his party, calling on party leaders to reject “wokeism” and rejecting their stances on social issues as “alienating,” in an op-ed for the Times last November.

“The bane of progressive politics is to think the choice is between being voter-friendly and boring, or exciting and voter-repellent. It all comes back to confusing ‘radical' with old-fashioned leftism,” Blair wrote.