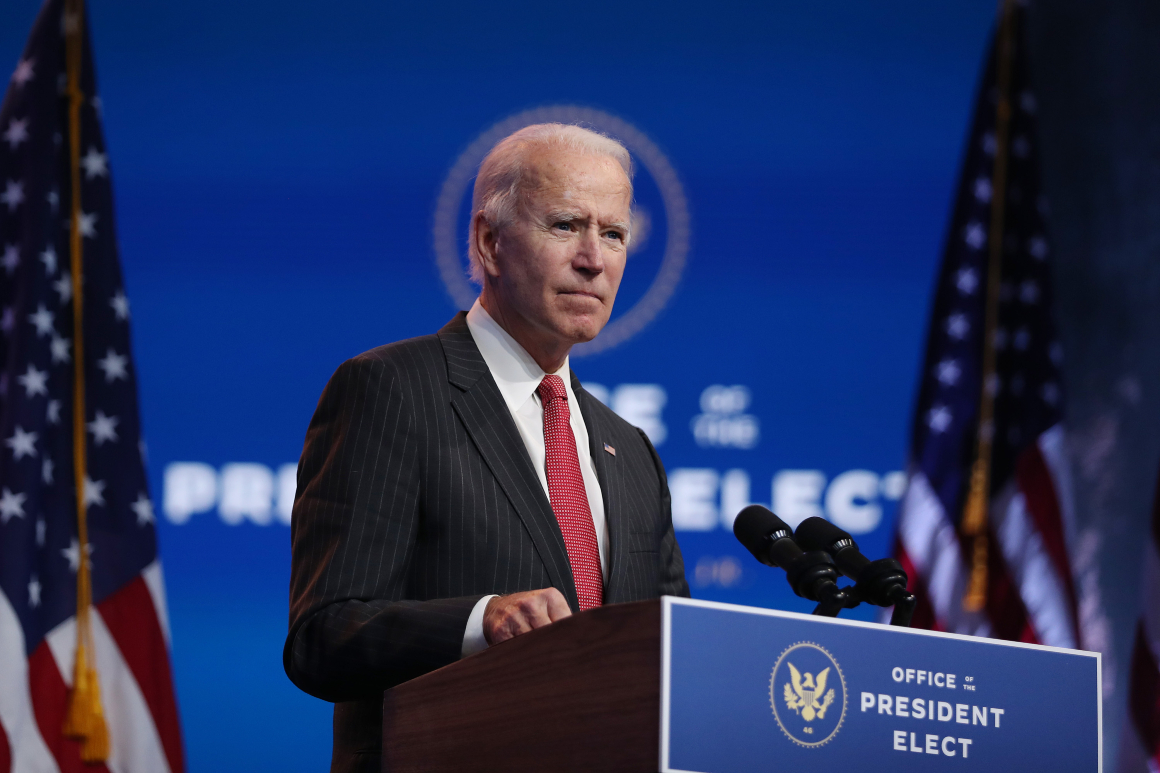 Much of the work on Biden’s behalf will fall to Janet Yellen, his pick to be Treasury secretary. The former Fed chair will bring her deep knowledge of the central bank’s toolkit, from her lengthy experience inside the Fed system, to partner with her former Fed colleague, current Chair Jerome Powell.

The most direct way the Fed could increase its aid to the economy is through two temporary lending programs designed to help midsized businesses and municipal governments — two of the programs Mnuchin is shutting down at the end of the year. Though Yellen, if confirmed, could at least partially reopen them, the terms of the CARES Act — the massive spending program approved by Congress at the onset of the pandemic in March — potentially limit the secretary’s authority to send more funds to cover losses from Fed loans after the end of the year.

Both programs have only doled out a small portion of their available funds, in part because the Fed and the Treasury Department designed them so the government wouldn’t lose much money on the loans. Yellen could also increase that risk appetite. But Mnuchin has now moved to significantly reduce the pot of money that’s going to be available to lend, arguing that the programs were no longer necessary, drawing a backlash from the Biden camp.

“The Treasury Department’s attempt to prematurely end support that could be used for small businesses across the country when they are facing the prospect of new shutdowns is deeply irresponsible,” Biden spokesperson Kate Bedingfield said in a statement. “At this fragile moment, as the COVID and economic crises are re-accelerating, we should be reinforcing the government’s ability to respond and support the economy – not undermining it.”

Mnuchin, for his part, defended the move as adhering to congressional intent that the programs stop making new loans at the end of the year, a legal interpretation that is disputed.

“This is not a political issue,” he told CNBC.

That will make things tougher for Biden, although all the central bank can really offer vulnerable industries is help in building up debt more cheaply — a bridge to the other side of the crisis, rather than a long-term solution. Republicans will probably block his most ambitious spending programs, as they did with President Barack Obama in the years after the 2008 financial crisis.

Biden's problems will be compounded by the scheduled expiration of millions of Americans‘ unemployment benefits at the end of the year, including many who were spared from eviction by a moratorium imposed by the Centers for Disease Control and Prevention that runs out at the same time.

“It’s just frustrating that [Congress] couldn’t get this done,” Sheila Bair, who headed the FDIC during the 2008 crisis, said of another round of economic aid. “The Fed’s been heroic in these interventions, but monetary policy is just not a good mechanism for channeling money to households.”

Said Seth Carpenter, chief U.S. economist at UBS: “Pre-Covid, central bankers were saying, ‘We want more fiscal policy. We’re growing but it’s sluggish.' That was pre-Covid. Then you had the worst shock anybody’s seen, so it seems like it can only reinforce that pre-Covid perspective. Central bankers were already saying monetary policy can’t do it all by itself.”

“It’s got to help what they’re doing, but it just takes years to get back” to where we were, he added.

In the meantime, the central bank will do what it can. Markets will be watching to see if the Fed further ramps up its bond purchases to help keep longer-term borrowing costs low, to encourage businesses to make longer-term investments.

The administration itself is limited in what it can do without more spending from Congress. There aren’t many immediate options for the Biden team to further aid the economy without more funding from Congress, beyond temporary relief like tax deferrals or smaller scale structural changes that will only help over the long run.

But Yellen, if confirmed, could work to boost the confidence of businesses worried about how they’ll be treated and uncertain about new regulations, said Karen Dynan, an economics professor at Harvard University.

“You don’t want businesses just to get stuck where they are in not wanting to expand or rehire workers or make investments because they don’t know what’s coming down the road from Washington,” Dynan said.