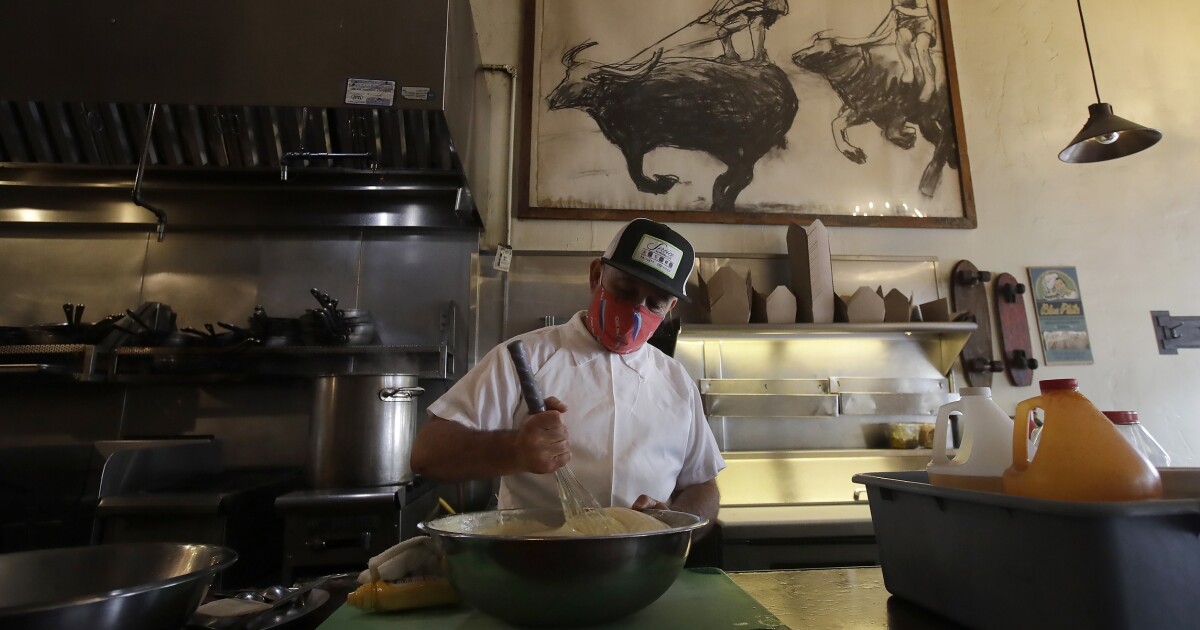 The conventional wisdom machine in Washington is spinning up one of its “everybody knows” truisms as we face a long winter of COVID-19 lockdowns. This time, the machine tells the rest of us that “everybody knows” the government is going to have to put millions of people back on unemployment benefits after it runs out at the end of this year.

But it’s not true — there are far better ideas out there, and putting people on unemployment benefits might be the worst possible way to help families out of work.

This was a huge amount of assistance to people who lost their jobs. In a typical state, an unemployed worker got a check of nearly $1,000 for 26 weeks, reduced down to perhaps $800 for another month, then reduced to $400 for a couple of months after that. Never before have we given anything close to this level of aid to the unemployed — and none of this counts the tax rebates of $1,200 per adult and $500 per child most received earlier this year, nor the myriad other benefits Congress and states have provided (not to speak of charities).

As these levers clicked off one after the other, the unemployment rate declined. In April 2020, unemployment peaked at 14.7%. It has come down, smartly, every single month since then, most recently at October’s 6.9% (less than half the peak). This is way ahead of the estimates given by the Federal Reserve, Congressional Budget Office, and any other forecaster. The reason, at least in strong part, lies with the old adage “if you want more of something, subsidize it.” We heavily subsidized nonwork in the middle part of 2020 and since then have been gradually taking this subsidy away. We should not be surprised that the labor market has improved as a result.

The conventional wisdom machine in Washington wants to restore all these benefits in full. Once again, people would be getting paid $1,000 per week not to work. Employers of lower-income jobs will again have a very tough time competing with a supersized unemployment check. Labor market recovery will slow to a trickle or maybe even reverse. But the virus is still here and seems to be settling into a very tough winter. Surely, there is something we can do to help people that doesn’t make the economic recovery worse?

There is! The Paycheck Protection Program. The other side of the bipartisan compromise coin in the CARES Act is that PPP was a jobs subsidy instead of an unemployment subsidy. It gave eligible employers (those with 500 or fewer employees, plus the self-employed and partnerships) a loan equal to 2.5 months of $100,000 in annual salary for each employee (or proprietor, or partner). A company with 10 employees making $50,000 each would get a PPP loan of $104,167, for example. If, at the end of 24 weeks, the money had been used to pay employees, the PPP loan was forgiven (if not, it’s owed back with interest over two years).

This highly successful and popular program is there waiting to be used again. Smaller employers are struggling, as anyone who ventures out has seen. This winter will be the final blow to many of them. Congress, if it really wants to help businesses and workers survive until the vaccines get us back to normal, should do another round of PPP (even for those who already participated).

This time, however, don’t be so stingy.

Instead of limiting the payment to two and a half months of salary, make it equal to a whole year of salary — 2019, 2020, or the prior 12 months, whichever is most advantageous. Forgive the PPP loans if they are used to pay salary over the next year. Otherwise, have the businesses pay it back like any other loan.

PPP is a superior way to deliver aid to workers compared to unemployment for many reasons, but one big reason is that, whereas unemployment insurance benefits are a subsidy not to work, PPP loan subsidies are an incentive to keep small businesses open and people getting paychecks to work (either now, or when the business opens back up). Shuttered businesses might be persuaded to hire people on a contingent basis now, paying them with PPP loans so they have a workforce ready to go in a post-vaccine world.

PPP could be paired with direct assistance to families mirroring the CARES Act tax rebate “Economic Impact Payments” of $1,200 per adult and $500 per child. This time, however, add a zero. Make the payment $12,000 per adult and $5,000 per child, as well as fixing some technical glitches related to non-minor dependents and nonresidents.

PPP payroll loan/grants to businesses and direct cash aid to households are the best way to keep people afloat in the first part of next year. Unemployment benefits are the worst way — it conditions aid on not having a job, the one thing we should never stipulate aid upon.

Ryan Ellis (@RyanLEllis) is president of the Center for a Free Economy.

Noem speaks out on grocery tax, promises to repeal it

Pound hits historic low against the dollar: Here’s what it means