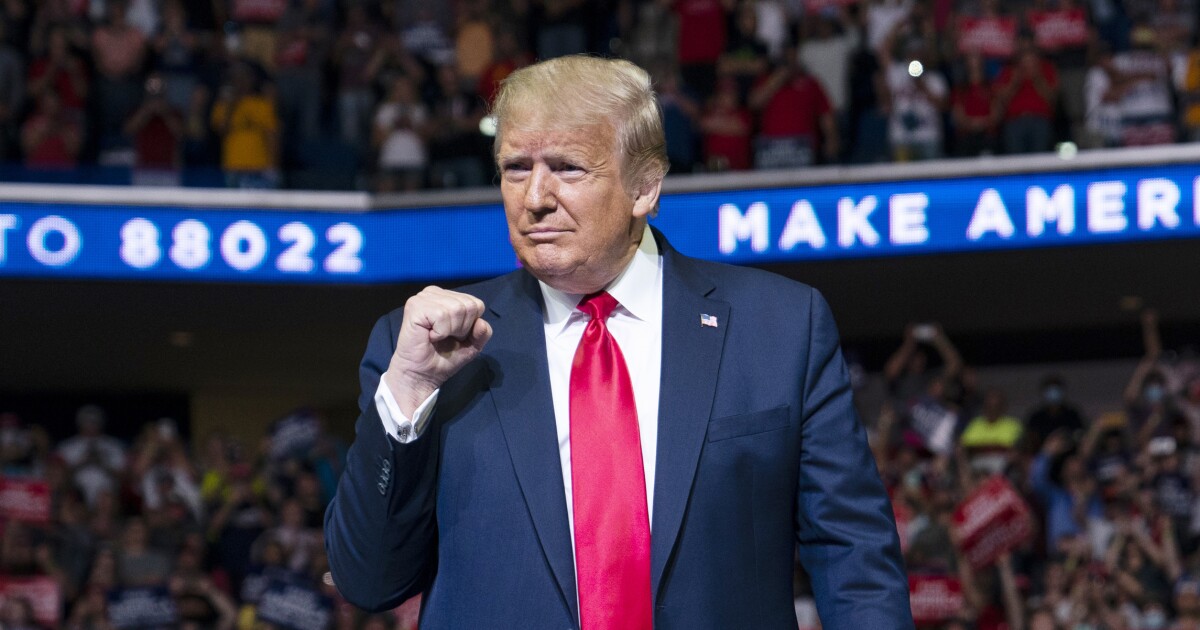 Let's be honest: The Democrats and the media want the economy to crash before Joe Biden enters the White House in January. They have been rooting against the economy for four years now.

The problem is the economy isn't crashing and burning — just the opposite. The pandemic lockdowns flattened the economy earlier this year, and there's lots of heavy lifting to do to get all the jobs back. But they are coming back, and Trump will be bequeathing to Biden the swiftest recovery from a deep recession in modern history. The last quarter came in at a record 33% growth.

The jobs report released earlier this month recorded nearly 1 million more private sector jobs added to the economy. That means 12 million new hires in some six months. Nine months into a pandemic, and this superhero performance on Trump's economy has the unemployment rate down to 6.9%. That's half of what the Congressional Budget Office predicted.

How good is this? It took six months to get unemployment below 7% under Trump. It took Obama-Biden almost six years to do that.

There are now 6 million unfilled jobs in America. That's more than at any time during the entire eight years Obama was president. The small-business confidence level is higher today than from 2009-16, the supposedly prosperous years when Biden managed the anemic economic recovery.

But if you were to believe the media, there is no recovery under Trump. If you want to have fun, Google the phrase “economy is slowing.”

You will get scores of hits from news reports over the last four months warning of trouble ahead. When the blockbuster jobs report came out, the Washington Post posted this oxymoronic headline: ” Economy added 638,000 jobs as growth slows.”

Technically, that is a slowdown from 4 million in June, quadrupling the old monthly all-time record.

If Larry Bird hits eight of 10 shots from the field in the first half and seven of 10 in the second half, it would be a little strange to say he cooled off.

The faster the economy heals, the more it is disparaged as “slowing down.” The newsrooms in America see some phantom job killer just around the next corner except the real one, Joe Biden, and the reporters seem visibly disappointed when it doesn't show up.

The election is over. Why are the media disparaging the Trump recovery?

One reason is that anti-Trump derangement syndrome is such a truth-altering virus in the newsroom that they can't give Trump credit for anything. Another explanation is that the Left craves another $2 trillion to $3 trillion debt bomb stimulus bill, and every new report of the surging economy argues against that. Chemotherapy isn't necessary when you're cancer-free.

But most of all, Democrats and the media know in their hearts Biden will perform much worse on the economy than Trump. So, they want to set that starting hurdle so low that no matter how dismally Biden performs, he will still be heralded as the guy who saved the economy, not the one who capsized it.

If you want to see an economy that is genuinely “slowing down,” wait until you see what the “liberals” do to it.