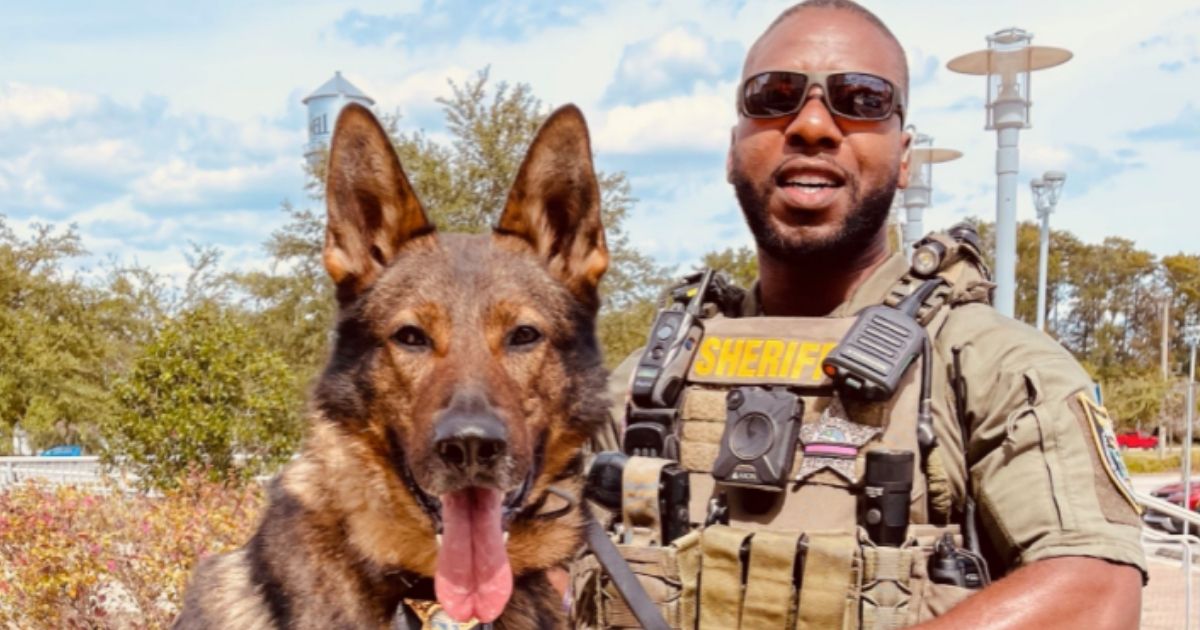 When a 3-year-old boy in Flagler County, Florida, woke up from a nap to a house filled with smoke and smoke alarms blaring, he did what many children his age would do: He got scared.

An older child might know to exit the home, call 911 or run to a neighbor, but the youngster hunkered down under the sheets on the bed and watched cartoons on a phone he had with him.

His story could have ended with tragedy if it weren’t for an observant neighbor, a quick response from the fire department and the initial search performed by K9 Deputy First Class Marcus Dawson with the Flagler County Sheriff’s Office.

A neighbor first noticed something was off at the residence on the evening of Oct. 17 and called in the fire. Deputy Dawson was the first on the scene, so he started a sweep of the house.

Watch: Biden Raises Eyebrows with Bizarre Moment Where He Can't Figure Out What to Do with Hands

Bodycam footage shows the deputy announcing himself at the front door, walking around to the back and noting there were dogs inside before entering through a screened porch.

According to a post by the sheriff’s office, Dawson had seen a light on in a bathroom and saw movement in the master bedroom but had gotten no response when he’d called out from the outside.

He opened an unlocked sliding door that led to the master bedroom and spotted the child under the covers, quickly removing him from the home that was filling with smoke.
Thanks to the team effort of everyone involved, no one sustained any injuries.

According to Fox News, the dad had run out to pick up some dinner, leaving the sleeping 3-year-old in the care of an older sibling. It is unclear where that older sibling was at the time of the fire — a point that is causing quite a bit of consternation among readers.

The fire started in the kitchen and was considered accidental. Because of the fast response, fire crews were able to quickly put out the flames, and the damage was mostly limited to the kitchen.

After the dust settled, many of the involved agencies recognized Deputy Dawson’s life-saving actions, and the sheriff’s office released the bodycam footage to the public.

“Units arriving on scene found light smoke showing outside & an active kitchen fire. There was a reported victim possibly still inside the home. Flagler County Sheriff’s Office Deputy Marcus Dawson rescued a 3 year old child found hiding in a back bedroom as crews were preparing to make entry.

“The fire originated in the microwave & spread throughout the kitchen. Crews made a quick fire attack fire and contained the fire damage to the kitchen.

“The child was in good spirits and grateful to his heroes for the rescue.”

“Without DFC Dawson immediately running toward danger, even without a safety respirator, this could have been a much different outcome,” Sheriff Staly said, according to a post by the Flagler County Sheriff’s Office.

“This child was hiding in fear of the fire and smoke watching a cartoon on his phone when, thankfully, DFC Dawson’s training in emergency response allowed him to find this child and safely rescue him.

“This was a dangerous situation and we are very proud of DFC Dawson’s bravery and commitment to serving this community and saving a life.”