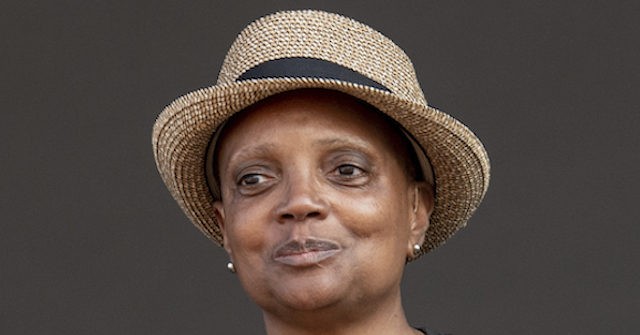 The Chicago Sun-Times reported 62 people were shot, eight of them fatally, during the weekend in Mayor Lori Lightfoot’s (D) Chicago.

The Sun-Times notes that the number of shooting fatalities reached eight by the end of the weekend, with the last one occurring about 12:45 a.m. Monday morning at a residence in Auburn Gresham.

Two men at the residence, a 35-year-old and a 38-year-old, got into an argument after a card game, and the 38-year-old shot the 35-year-old numerous times, fatally wounding him.

An ATF agent and Police investigate the scene of a shooting, July 21, 2020, in the Auburn Gresham neighborhood in Chicago, Illinois. (Scott Olson/Getty Images)

Chicago roadways continue to be violent as well. The Chicago Tribune noted the city had witnessed over 170 expressway shootings in Cook County, Illinois, by mid-September of this year.