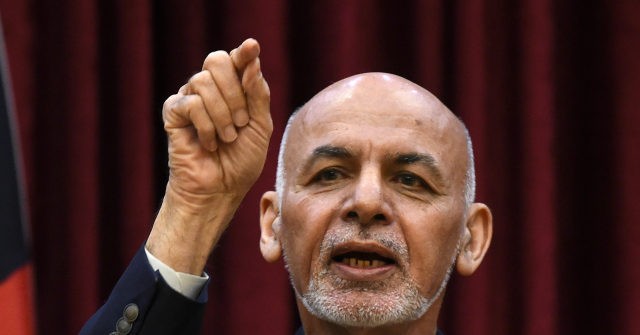 Afghanistan’s President Ashraf Ghani on Monday blamed the “sudden” withdrawal of U.S. troops for his country’s deteriorating security situation, as Taliban insurgents closed in on three provincial capitals and hit the Kandahar airport with rocket artillery.

Ghani told his parliament that the “sudden” decision of the United States to withdraw its troops after two decades allowed Taliban forces to run wild. He said he warned the Americans there would be “consequences” for pulling out so quickly.

“The reason for our current situation is that the decision was taken abruptly,” he said.

Ghani added the Taliban has grown beyond the “scattered and inexperienced movement” defeated by U.S. forces 20 years ago, becoming “an organized command and leadership, backed by an unholy coalition of international terrorism and its supporting circles.”

Ghani claimed the Afghan military has a “six-month plan” to roll back Taliban advances and bring the insurgents to the negotiating table. Both houses of the Afghan parliament released a statement after Ghani’s address expressing full support for his plan and “firm” support for human rights.

The Taliban, on the other hand, dismissed Ghani’s address as “nonsense” and said he was merely attempting to excuse his own “mistakes.”

“The nation has decided to prosecute the national traitors and bring them to justice. Declarations of war, making accusations and providing false information cannot prolong Ghani’s life. His time is over, Allah willing,” the insurgency said in a statement released to the media.

Taliban forces attacked Lashkar Gah, the capital of Helmand province, on Monday and came close to capturing several key government buildings, including the National Directorate of Security office and police headquarters. The Afghan military claimed it was able to beat the Taliban back after a day of heavy fighting.

“In the afternoon the level of intensity of the fighting decreased as the Taliban suffered heavy casualties following the air and ground operations,” an Afghan military commander said.

“There is fighting, power cuts, sick people in hospital, the telecommunication networks are down. There are no medicines and pharmacies are closed,” a city resident told France24 News, which noted Helmand was a “centerpiece” of American and British military operations in Afghanistan, so its loss would be “a massive strategic and psychological blow for the government.”

At least three Taliban rockets struck the airport in Kandahar on Sunday, damaging a runway and forcing the airport to suspend all flights.

“Kandahar airport was targeted by us because the enemy were using it as a center to conduct air strikes against us,” a Taliban spokesman said.

Herat, another provincial capital and Afghanistan’s third-largest city, also saw intense fighting over the weekend. The Taliban briefly blocked the road leading to Herat’s airport, but government forces recaptured it on Saturday. Refugees from outlying villages are reportedly flooding into Herat as the Taliban prepares to attack from three sides.

Herat’s defense was strengthened by “uprising forces,” volunteer militia that began forming after Afghan government troops surrendered several areas to the Taliban without a fight.

Militia fighters said the Taliban is receiving assistance from loyalists inside Herat, while a surprising number of local recruits have joined the Taliban, giving it a huge numeric advantage over the city’s defenders. Militia leaders complained they have not received the weapons and supplies promised by the Afghan government.

The Taliban has captured almost half of the territory in Afghanistan, but has yet to seize control of a provincial capital.