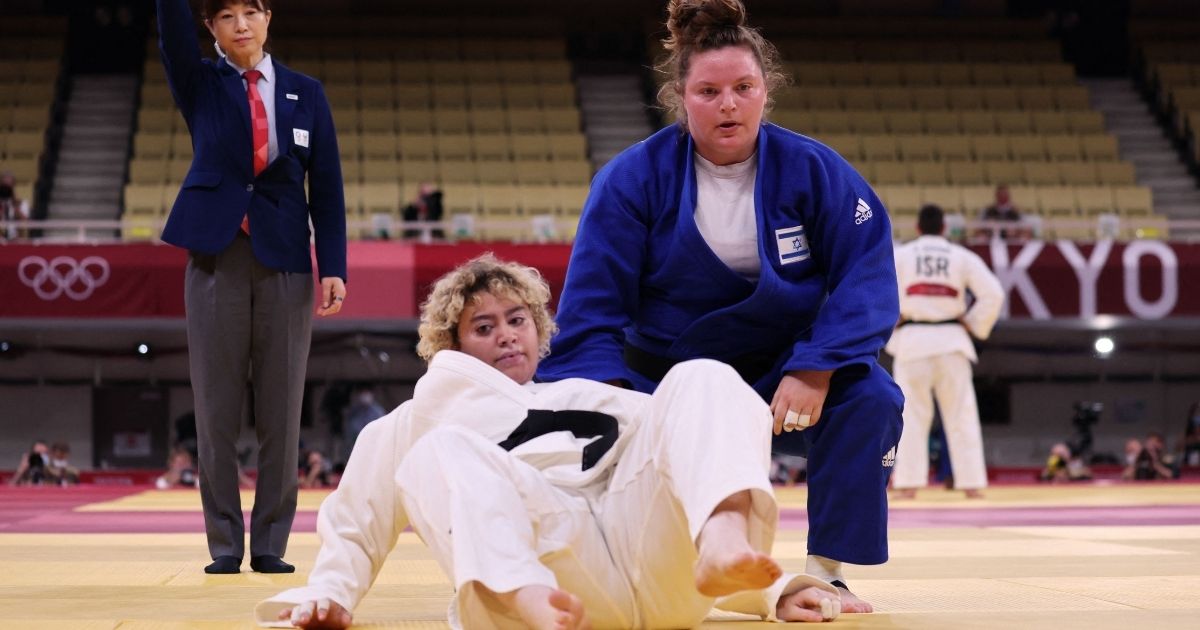 The spate of obnoxious actions and rhetoric from anti-American activist athletes such as hammer thrower Gwen Berry and members of the U.S. women’s soccer team, along with the rule change that allowed a man to compete in women’s weightlifting, caused many of us to give the 2020 Tokyo Olympic Games a pass.

But you may be surprised to hear there have actually been several uplifting moments that just might restore your faith in humanity.

In the past, too many athletes from Arab or Muslim nations have refused to compete with Israelis. This year was no exception.

The Times of Israel reported that two judu fighters forfeited their matches against an Israeli in the previous two weeks.

Saudi Arabian judoka Tahani al-Qahtani, however, bucked pressure to forfeit her match against Israel’s Raz Hershko in the women’s +78kg category on Friday.

Biden Handler Slips Him Note Saying Something's on His Chin, He Appears to Wipe It Off and Eat It

The Israeli won. Following the match, the athletes shared a historic handshake.

After several athletes refused to compete against Israeli citizens, one Saudi Arabian woman stepped up. She lost the match, but still extended her hand to her opponent. This will likely win her many enemies in her home country, but was an excellent show of sportsmanship that sets the standard for all of her peers.

According to The Wrap, the Iranian government thought Mollaei would lose to Muki, “which would make Iran look bad on the world stage.”

After exposing this information, Mollaei fled to Germany and moved on to Mongolia, the country he represents in the 2020 Olympics.

Mollaei won a silver medal in the men’s 81kg Judo event, and then did something amazing. He dedicated it to Israel.

“Thank you to Israel for all the good energy – this medal is dedicated to you as well and I hope Israel is happy with this victory, todah,” he said, using the Hebrew word for “thanksgiving.”

What a story!
An Iranian athlete was told by Tehran to forfeit a 2019 match so he wouldn’t have to face an Israeli. He refused & fled for his life. Germany gave him refuge. Mongolia put him on its 2020 team. He just won silver — and dedicated it to Israel.https://t.co/Deial7ZCNO

South African Swimmer Takes Olympic Gold, But It's What's on Her Cap That Has Us Cheering

The Olympics are, of course, a big chance for countries to compete with one another. But at their core, the Games are about athletes and sportsmen competing and respecting one another as true competitors.