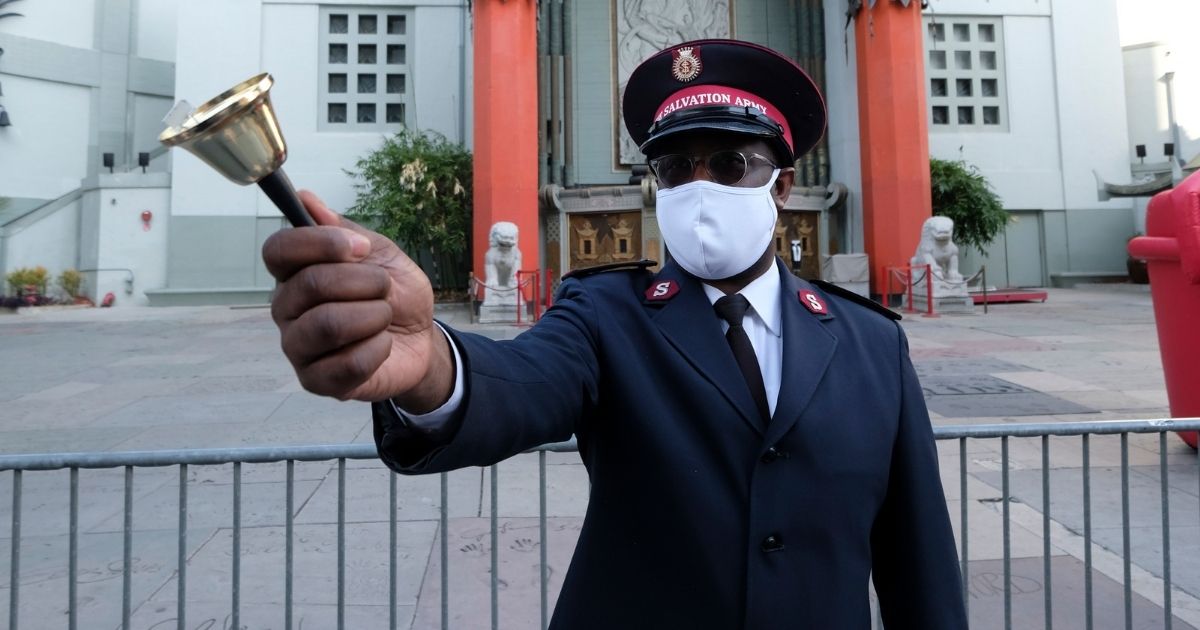 For decades, the Salvation Army has prided itself on traditional Judeo-Christian values. Even when the woke mob has attacked it, the organization refused to waver in its firmly held beliefs.

Ahead of Christmas 2021, that appears to have changed.

According to the National Review, the Salvation Army released a new guidebook entitled “Let’s Talk About Racism.” The book reportedly perpetuated flawed logic that is central to the leftist philosophy known as critical race theory.

In the book, the Salvation Army said it “acknowledges with regret, that Salvationists have sometimes shared in the sins of racism and conformed to economic, organisational and social pressures that perpetuate racism.”

The first part of that claim is perfectly fine. Many people have engaged in the sins of racism, and that should be condemned wherever it occurs.

NY Rep to Introduce Sickening Bill for Unvaccinated: ‘Do Your Part or Pay'

However, equating racism with the mere act of “conforming” to American society reeks of CRT lies.

The central idea of CRT is that America’s institutions are inherently racist, and therefore anyone who engages with traditional American society is acting in a racist manner.

On its face, this suggestion is a lie. The United States has laws in place specifically designed to prevent discrimination based on race, and anyone who does engage in such discrimination is actually breaking the law.

It is true that the institution of slavery in America put black Americans at a disadvantage, and some of those effects can still be felt today. But this does not mean present-day Americans deserve to be punished for the actions of their distant ancestors.

Does this concern you?

The Gospel, which the Salvation Army is supposed to be committed to, is based around the ideas of grace and forgiveness. This is a direct contrast to the idea that white Americans should be automatically demonized because of the sins others engaged in hundreds of years ago.

To make matters worse, the Salvation Army issued another document called the “Study Guide on Racism,” NR reported. It parroted ideas based on the radical arguments of CRT advocate Ibram X. Kendi.

“The subtle nature of racism is such that people who are not consciously racist easily function with the privileges, empowerment and benefits of the dominant ethnicity, thus unintentionally perpetuating injustice,” the document said according to NR.

In Kendi’s view, the only way to redeem this “unconscious bias” is to become “anti-racist.” Though Kendi has tried to paint “anti-racism” as a good thing, it essentially amounts to reverse discrimination.

The Salvation Army’s guide admitted this fact by saying the Martin Luther King Jr. philosophy of “colorblindness” is actually racist in and of itself.

“Instead of trying to be colorblind, try seeing the beauty in our differences, and welcome them into your homes churches and workplaces,” the guide said.

“Being colorblind also ignores the discrimination our Black and Brown brothers and sisters face and does not allow us to address racism properly.”

In reality, MLK Jr. was not advocating for ignorance of different cultures. Instead, he was saying race should not be a mechanism used to define a person’s worth.

In the mind of a critical race theorist, it is actually a good thing to discriminate based on race, as long as the discrimination comes at the expense of white people.

Whether he admits it or not, Kendi is arguing that the only way to solve past injustices is to commit more injustices. By accepting this position, the Salvation Army is acting in direct opposition to biblical teachings.

In the Bible, God makes it clear that justice is only His to provide. He explicitly speaks against the idea of humans sinning against one another in an attempt to correct perceived injustice.

Sadly, these CRT lies are seeping into many American organizations. Even Christian organizations like the Salvation Army are not immune to the damage this dangerous philosophy can inflict.