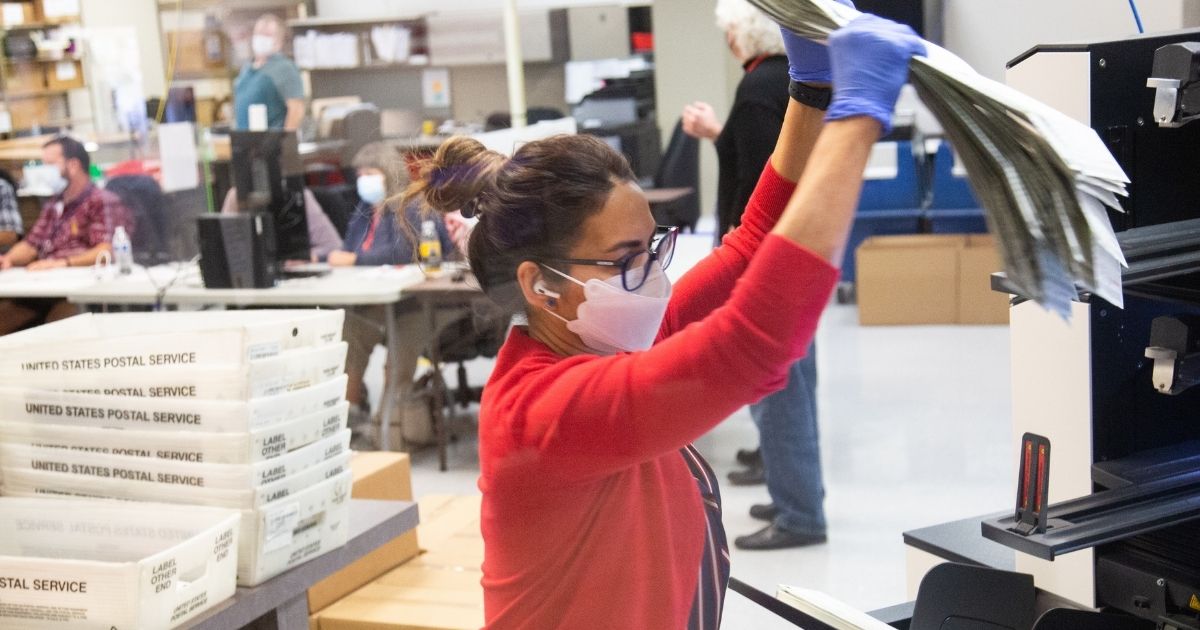 The subpoena issued by Arizona Senate President Karen Fann and Arizona Senate Judiciary Chairman Warren Peterson last week sought information and access regarding six matters, including access to the election routers as well as “user names, passwords, pins and/or security keys or tokens required to access, or otherwise relating to, any and all ballot tabulation devices used in connection with the November 3, 2020 general election.”

Access to the routers and tabulation device passwords were both listed in the original subpoena issued in December and reissued in January, but Maricopa County and Dominion have not complied.

“The supervisors are acting as if they are above the law, and it is an insult to the citizens of our state,” Borrelli said in a Tuesday statement.

“The level of disrespect and contempt from the supervisors toward Senate leadership and Arizona voters is appalling.”

The splunk logs show the activity through the routers and would be a means to determine if anything abnormal happened regarding the vote tabulators and other equipment on or around Election Day.

Auditor Ben Cotton, the founder of CyFIR LLC, testified at a July 15 hearing that access to the routers is the most important item he needs to complete the audit.

“We know through public records, public statements that an element of the election system was actually compromised or breached during the course of the November 2020 election,” Cotton said. “The registration server … was breached.”

The cyber expert further testified that while the county said the hacker only gained access to publicly available voter registration data, he may have also easily gained access further into the voting system itself.

The 1487 request to the Arizona Attorney General has been filed against the Maricopa Board of Supervisors by @SonnyBorrelli on behalf of the Arizona Senate. I support this and hope the @GeneralBrnovich lays the smack down. Throw the book at them! pic.twitter.com/vJkfoTvozp

Cotton testified at a May hearing, “That data should not exist on that router, period. So to state that it could be compromised would be an inaccurate statement or an inaccurate portrayal of what the data is on the router.”

He addressed the issue again at the July 15 hearing, explaining that routers are like mail carriers delivering packets of information to addresses but do not access what is inside.

“What you don’t have is the actual content or the letter that’s contained in the envelope within the router itself,” Cotton said.

Should Brnovich should open a criminal investigation?

In a Monday statement, Maricopa County Board of Supervisors chairman Jack Sellers accused the Arizona Senate Republican leadership of denying reality regarding the November election.

“Maricopa County long ago provided to the Arizona Senate everything competent auditors would need to affirm the accuracy and security of the November General Election,” he argued.

“The latest Senate demands are an attempt to distract attention from their botched audit and conspiracy-obsessed contractors.”

The Associated Press reported that Catherine Mejia, a spokeswoman for Brnovich, confirmed receipt of Borrelli’s complaint but did not comment further.

Randy DeSoto has written more than 1,000 articles for The Western Journal since he joined the company in 2015. He is a graduate of West Point and Regent University School of Law. He is the author of the book “We Hold These Truths” and screenwriter of the political documentary “I Want Your Money.”