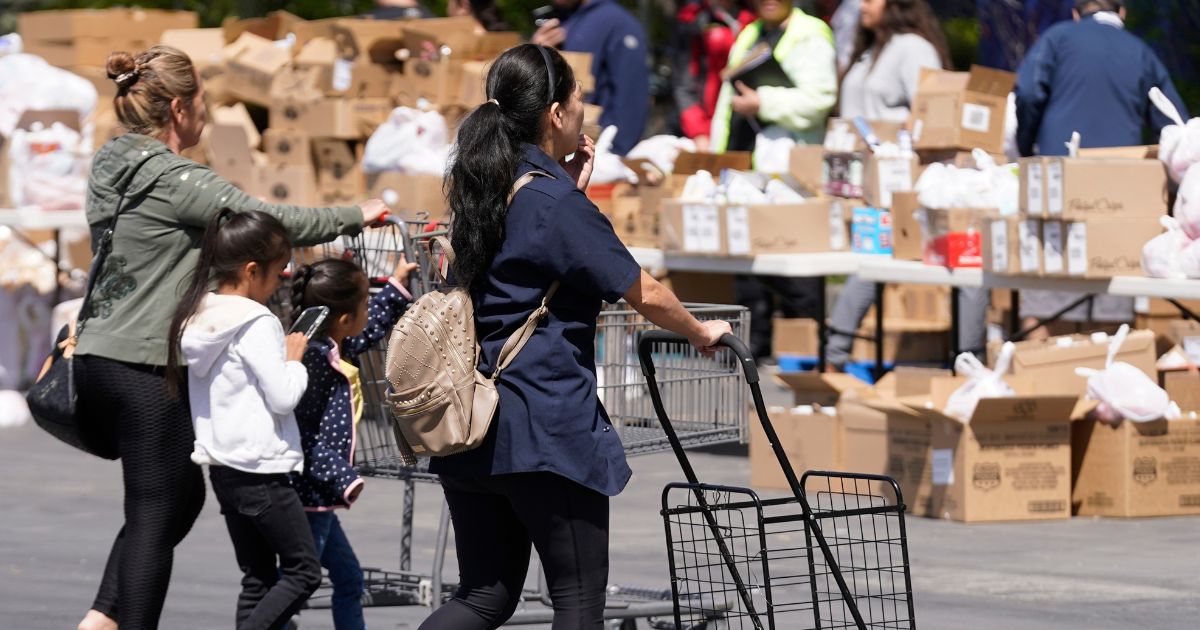 There’s perhaps no better explanation for why Democratic welfare programs continue to fail over and over again.

However, when it comes to Biden’s “National School Lunch Program,” even this parable fails to illustrate the utter scope of his failure.

The following metaphor would be a bit more accurate — “If you give a man a fish, nuke the pond and then take the fish away, his family will starve.”

That is exactly what Joe Biden did with his “compassionate” free school lunches.

Sheriff Briefs State After Disturbing Discovery in Lake: ‘A Horrible Set of Facts Appears to Be Developing'

Many of the families who benefited from this program will soon be resorting to food banks to feed their children.

According to NPR, in response to the economic hardships of the pandemic, Biden’s federal Food and Nutrition services agency “waived the requirement that schools serve meals in a group setting, increased school-year reimbursement rates to summer levels for school food programs and granted more flexibility in how food is prepared and packaged.”

As a result, parents living paycheck to paycheck no longer had to worry about throwing their kids’ lunches together — the schools were providing those lunches for free.

So, many such parents adjusted their finances, knowing there was one less cost to worry about.

In the meantime, Biden’s government continued to print off money to pay for its many massive expenditures, which greatly contributed to skyrocketing inflation.

The result was an even greater increase in fuel prices, causing the already rising inflation to go even higher.

These school lunch policies, instituted on April 20, 2021, will soon come to an end, according to the Associated Press, leaving struggling families twisting in the wind.

No doubt, many such families have survived the current inflationary crisis through a variety of creative means — when the going gets tough, families living paycheck to paycheck find a way to survive.

However, these families did so with the expectation of receiving free school lunches from the government.

Biden got these families hooked on government help. Now that it’s being taken away, they’ll have no choice but to head to the nearest food bank.

For government bureaucrats, this is the perfect scenario — thanks to Biden’s “pandemic relief,” a whole new crop of Americans have become addicted to government aid.