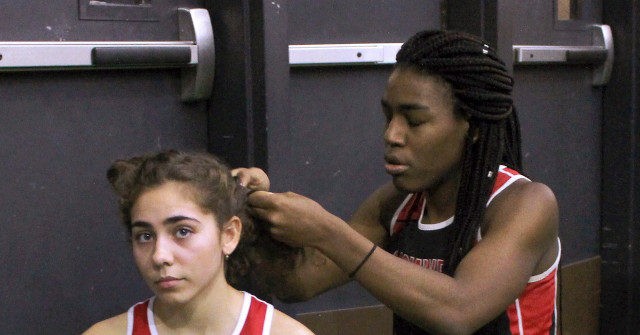 The Biden administration has released its radical revision of the Trump-era changes to Title IX that would force the nation’s schools to adhere to the radical transgender agenda.

The Biden revisions would expand the federal gender equity rules to include transgender ideology and weaken the Trump administration’s requirements for due process for students accused of misconduct.

The proposed rules would extend the prohibition on discrimination based on sex and enshrine the trans agenda by including assumed sexual identity and natural gender. Current Title IX regulations do not mention transgender persons.

“Our proposed changes would fully protect students from all forms of sex discrimination, instead of limiting some protections to sexual harassment alone, and make clear those protections include discrimination based on sexual orientation and gender identity,” said Secretary of Education Miguel Cardona on Thursday, according to NBC News.

If implemented, all schools that take federal funding would ostensibly be forced to allow males claiming to be females into girls’ locker rooms and bathrooms and would force schools to allow males claiming to be girls onto girls’ sports teams. This would run contrary to a growing number of states that have outlawed transgender girls from playing school sports with natural-born girls.

Currently, 13 states have laws banning transgender female athletes from joining school sports at one level or another. And another nine are either while passing similar legislation or have regulations in place that have not yet taken effect.

A group of conservative civil liberties organizations decried Biden’s proposed changes, saying that the new rules would “rob girls and women of equal athletic opportunities by requiring schools to allow biological boys and men to compete in women’s athletics.”

In a letter sent to Secretary of Education Miguel Cardona, the group said that traditional separations of genders would become “illegal” under the rule.

“For schools, this means that female sports teams, bathrooms, and locker rooms would be open to anyone who ‘identifies’ as female, and vice versa,” their letter warned. “Under the Department’s new rules, separating athletic teams and intimate facilities based on biological sex would be illegal. If a high school boy declares that he “identifies” as a girl, the school would be required to allow him to walk into the girls’ locker room while girls are changing, or enter the girls’ bathroom to use the facilities alongside his female peers. Any attempt to prevent this would be discriminatory conduct prohibited by Title IX.”

The groups also warned that the Biden proposal would cancel out the “basic due process protections have formed the bedrock of established civil rights jurisprudence for centuries.”

They were referring to the new Biden rules that would severely weaken the rights of students accused of sexual harassment or misconduct by allowing colleges to refuse to allow students to cross-examine accusers and even refuse to hold live hearings on an accusation. In addition, the schools would have the right to investigate and punish students for incidents that occur outside school property where the school actually has no legal jurisdiction. Further, the school investigators will also be allowed to make a determination of the outcome of a case instead of just amassing the facts and evidence in the case. All of these provisions weaken the rights of the accused and run counter to the American precept of “innocent until proven guilty.”

The Biden proposal will now stand for a sixty-day comment period where the public will have a chance to have their say before the regulation is finalized. The process will take months to complete, and if Congress changes hands in November, a conservative-led legislative branch could put a halt to the whole thing.