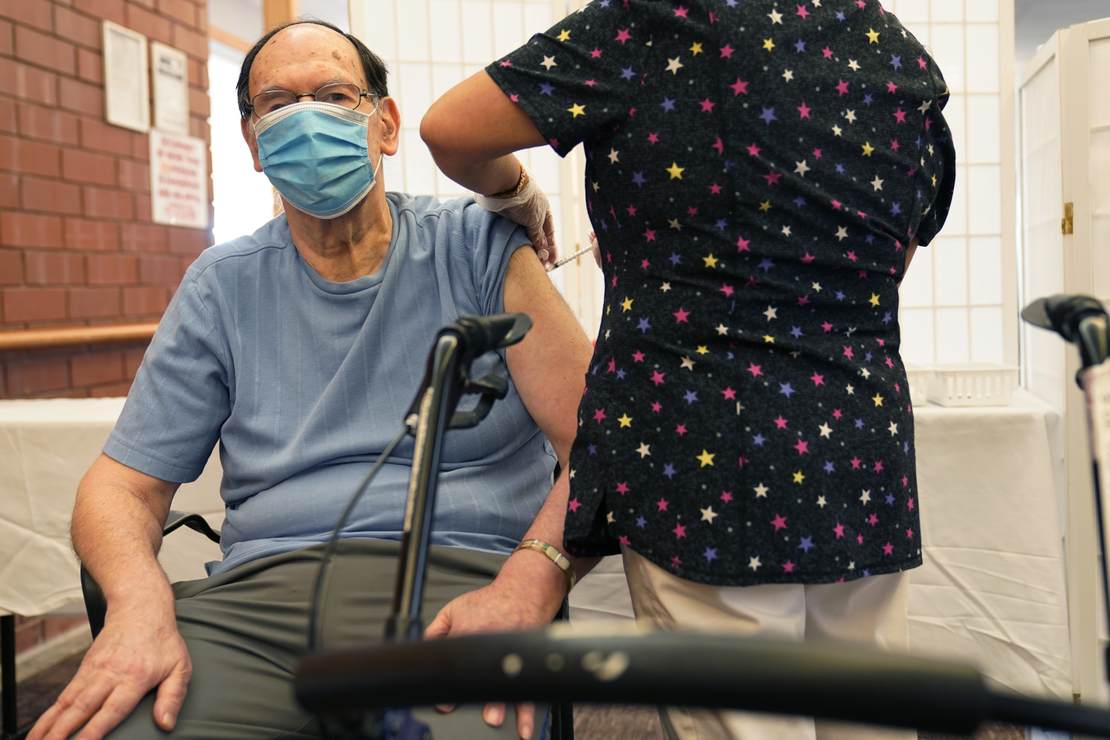 This is good news, of course. But…

Angelique Coetzee is chairman of the South African Medical Association and runs a practice in which she’s already treated some patients with the Omicron variant. So far, so good:

“It presents mild disease with symptoms being sore muscles and tiredness for a day or two not feeling well. So far, we have detected that those infected do not suffer loss of taste or smell. They might have a slight cough. There are no prominent symptoms. Of those infected some are currently being treated at home”, Coetzee said

What if Omicron is hyper-transmissible but extremely mild in its symptoms? If it really does end up out-competing Delta, conceivably that’s a positive development for the world. People will develop natural immunity from being exposed to a less threatening variant before Delta can reach them and wreak havoc on their bodies.

South Africa’s population trends young. Most of the patients Coetzee has seen so far are “healthy men.” One was a six-year-old. Are the mild symptoms they’re experiencing evidence that Omicron is less threatening than Delta? Or does Omicron only appear “mild” because thus far it’s infected mostly young people with robust immune systems who are capable of fending the variant off? Coetzee expects more serious illness as the variant begins spreading among the elderly: “What we have to worry about now is that when older, unvaccinated people are infected with the new variant, and if they are not vaccinated, we are going to see many people with a severe [form of the] disease.”

There are three mysteries about Omicron at the moment. Two of them remain total question marks: Is the new variant more dangerous than Delta, and is it more capable of evading vaccine immunity? The third — is the new variant extremely infectious? — looks less mysterious. Whether it’s more contagious than Delta is unclear but circumstantial evidence suggests that it’s hyper-contagious. Epidemiologist Katelyn Jetelina points out that the positivity rate in South Africa’s Gauteng province went from one percent to 30 percent in a week, which she calls “incredibly fast.” Nationwide, cases zoomed from 800 per day to 3,500 in less than a week, an “explosive” increase. Jetelina also took note of the two quarantined patients in Hong Kong: “During their PCR tests, the viral loads were VERY high considering they were negative on previous PCR tests. They had a Ct value of 18 and 19 value. So, this tell us that B.1.1.529 is likely highly contagious.”

Early this morning, two flights from South Africa carrying 600 passengers landed in the Netherlands. All aboard were tested; more than 10 percent, 61 in all, came back positive. It’s not clear yet how many were carrying Omicron but that seems like a lot of spread in a matter of hours in an indoor space where everyone is masked and air in the cabin is being replaced regularly. Or is the variant already so widespread in South Africa that 10 percent of the passengers were infected before they boarded?

None of that matters terribly much to Americans *if* the vaccines are effective against Omicron, since protection from the variant would be a matter of choice. The evidence so far is mixed, though. On the one hand, this claim from a doctor at a hospital in Soweto is encouraging: “Young people, in their 20s to just over their late 30s, are coming in with moderate to severe disease, some needing intensive care. About 65 percent are not vaccinated and most of the rest are only half-vaccinated.” The absence of fully vaccinated people from that sample suggests the vaccines are working to some degree. Which is to be expected: Even if the variant has mutated to the point where it’s able to dodge antibodies generated by the current vaccines, immune cells generated by those same vaccines should still be able to target it. People who’ve been boosted may also produce more sophisticated antibodies that can subdue Omicron even if those who’ve had only two doses struggle to do so.

Omicron does have a lot of mutations, though, and the more mutations a variant has, the greater its potential to evade vaccine immunity. “B.1.1.529 has 32 mutations on the spike protein alone. This is an insane amount of change,” Jetelina wrote. “As a comparison, Delta had 9 changes on the spike protein.” Another scientist offered this color-coded guide to the mutations:

Took a look at the spike mutations in B.1.1.529 this evening, and colour coded them (details below)…there is…not much green.🧵 pic.twitter.com/yNHM55oTTH

Lots of red and purple on Omicron. Not much green. Assessing all of the available data thus far, virologist Trevor Bedford wrote last night, “I believe we’re looking at a variant that potentially has significant immune evasion and that appears to be spreading rapidly.” The good news is that Moderna says it’s already working “nonstop” on the new variant while Pfizer is developing a pseudovirus that resembles Omicron so that it can begin testing its vaccine immediately. If the company is to be believed, it can go from development to putting a finished, updated vaccine into vials in just 31 days. And Pfizer’s forthcoming wonder drug should have no special difficulty with Omicron since its efficacy isn’t tailored to the virus’s spike protein the way the vaccines’ efficacy is. Stay tuned.