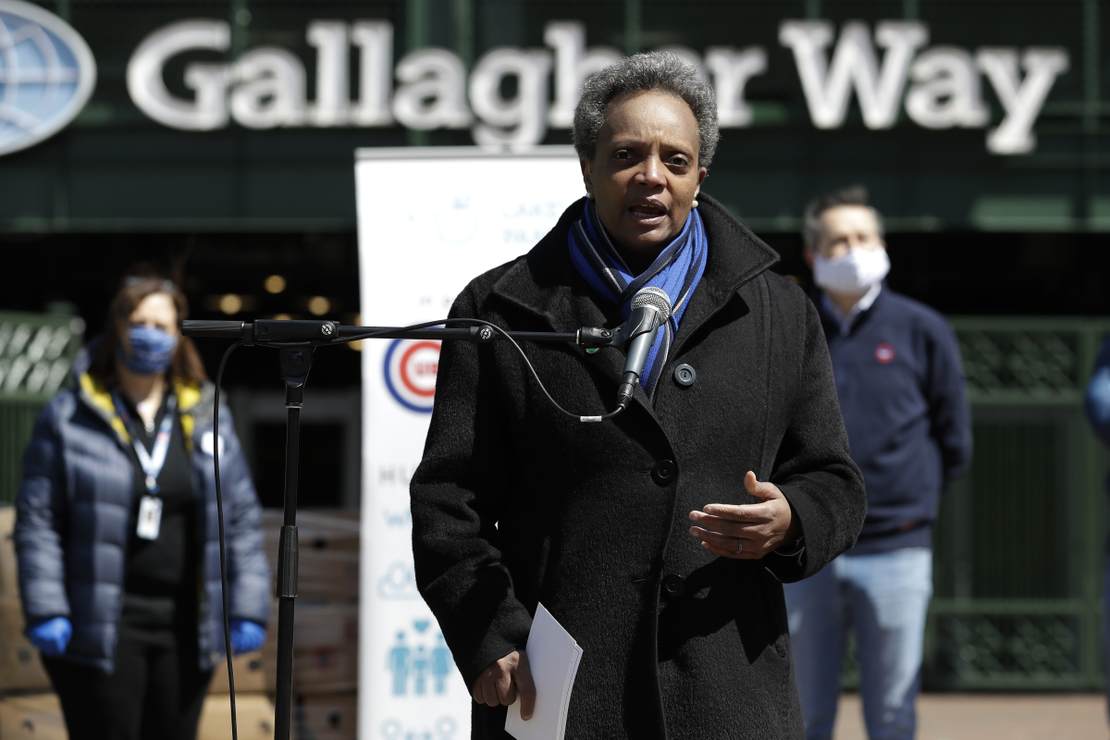 Most of the stories coming out of Chicago these days involve spiraling crime rates and corruption, so let’s switch things up a bit and cover a new government program that at least doesn’t directly involve anyone being shot. Earlier this year, Mayor Lori Lightfoot announced that there would be a guaranteed basic income program for low-income families starting this summer. They put the word out and invited people to sign up at a government website. It was to be a pilot program with a limited number of slots available, but there were few restrictions as to who could apply apart from their income levels. The response to the offer appeared to take even the program’s creators in the municipal government by surprise for some reason. Nearly 200,000 people signed up for the chance to receive 500 dollars per month in “free money” with no restrictions on how they could spend it. Who could have predicted this? (CBS Chicago)

“The fact that so many people from all over our city applied to this pilot underscores the need for us to innovate and reimagine how we uplift people and their communities,” Mayor Lori Lightfoot said in a statement. “Putting cash directly into the hands of people who need it most is one of the most efficient and effective ways for us to support residents working hard to regain economic stability.”

According to the mayor’s office, the city received at least 300 applications from each of Chicago’s 50 wards.

Unfortunately for the aspiring applicants, there were only 5,000 slots available for participants. More than 176,000 people applied. That means that almost seven percent of the city signed up. And it’s not really just the “very poor” that qualify. Applicants only need to live in the city for one year, be over 18 years of age and have a household income below $57,575 per year for a family of three. That’s not rich, but it’s around the median national income. But don’t let the small number of slots worry you. After all, this is just a “pilot program” so I’m sure that they’ll be expanding it to all interested parties before long, right?

Maybe not. Let’s just take a quick look at the figures involved. They’re going to be giving 5,000 people “free” checks or debit cards worth $500 every month. That works out to a bit more than $2.5 million per month or $31.5 million per year. That’s a pretty significant bite out of the municipal budget, isn’t it? And if you expand it significantly you could be wiping out a lot more.

But that’s where the next catch comes in. It’s not coming out of the Chicago city budget. It’s all being taken out of the federal COVID relief funds sent to the city. So once those funds run out, the program is probably just going to go away. But what on earth does this program have to do with COVID? It’s open to any person meeting the above qualifications who “experienced economic hardship due to the COVID-19 pandemic.” But that could apply to almost anyone who didn’t already have a well-paying job they could do from home. In other words, pretty much everybody.

This is yet another example of cities raking in all of the well-intentioned COVID relief money and spending it on anything and everything under the sun rather than giving it back. Everything is being blamed on COVID. But in reality, Lori Lightfoot has an election coming up and the disastrous conditions in the city have led to at least one primary challenger already appearing. She needs to save her political bacon and the best way to do that traditionally is to start handing out “free money.” (Correctly translated as the money belonging to the taxpayers of the nation.)

It’s bad enough that scammers have robbed the COVID relief programs for more than a billion dollars. But now we see the states and cities taking that money and shoveling it around for things that have nothing to do with COVID relief. If some of these people had an ounce of decency left in them they would put the cash into facilities to help the homeless. That wouldn’t be COVID-related either but at least they would be doing something about a problem that they have all totally failed to deliver any solutions for.