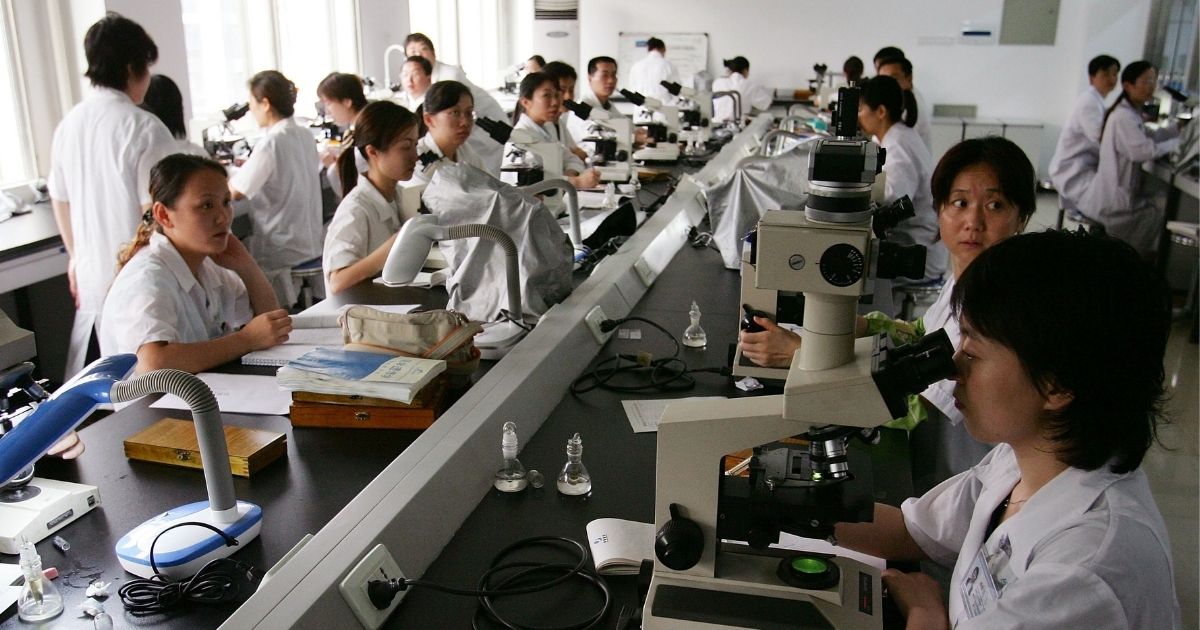 A new warning is being issued about China’s attempts to grab Americans’ genetic data.

“The powerful technologies harnessed by the bioeconomy also can lead to national security and economic vulnerabilities.

For example, biotechnology can be misused to create virulent pathogens that can target our food supply or even the human population,” the report from the National Counterintelligence and Security Center said.

The report builds upon previous warnings from the NCSC about what China is up to.

“Would you want your DNA or other healthcare data going to an authoritarian regime with a record of exploiting DNA for repression and surveillance? For years, the People’s Republic of China (PRC) has collected large healthcare data sets from the U.S. and nations around the globe, through both legal and illegal means, for purposes only it can control,” the report said.

The report said that “the PRC’s mass collection of DNA at home has helped it carry out human rights abuses against domestic minority groups and support state surveillance. The PRC’s collection of healthcare data from America poses equally serious risks, not only to the privacy of Americans, but also to the economic and national security of the U.S. “

Michael Orlando, acting director of the counterintelligence center, an arm of the Office of the Director of National Intelligence, said China’s track record of stealing whatever it wants should be a warning, according to The New York Times.

“These technologies are critical and we cannot let what happened to other industries happen here,” Mr. Orlando said.

Edward You, national counterintelligence officer for emerging and disruptive technologies, said China is trying to build the largest database of medical, health and genetic data.

Is China out to dominate the world?

“It’s all about the data,” You said. “There are national security implications we have to understand.”

A Chinese company, BGI, developed a neonatal genetic test that it used to harvest data from millions of people around the world, he noted.

As a result, You said, the genetic data of some Americans could be “transferred to the Chinese government.”

The agency highlighted investment by WuXi, which has invested in 23andMe, a consumer genetics company.

“They are developing the world’s largest bio database,” You said of the Chinese government efforts. “Once they have access to your genetic data, it’s not something you can change like a pin code.”

WuXi’s investment is less than 1 percent of the company, Jacquie Cooke Haggarty, the company’s deputy general counsel, said in a statement. No data has been shared with it, she said.

“All of our testing is performed and has always been performed in U.S.-based laboratories,” she said.

But the new report said there can be vulnerabilities within what it calls the bioeconomy.

“Genomic technology used to design disease therapies tailored to an individual also can be used to identify genetic vulnerabilities in a population. Large genetic databases that allow people’s ancestry to be revealed and crimes to be solved also can be misused for surveillance and societal repression,” the report said.

“The PRC has a documented history of exploiting DNA for genetic surveillance and societal control of minority populations in Xinjiang, China,” it said, adding “China’s access to U.S. healthcare and genomic data poses serious privacy and national security risks to the U.S.”