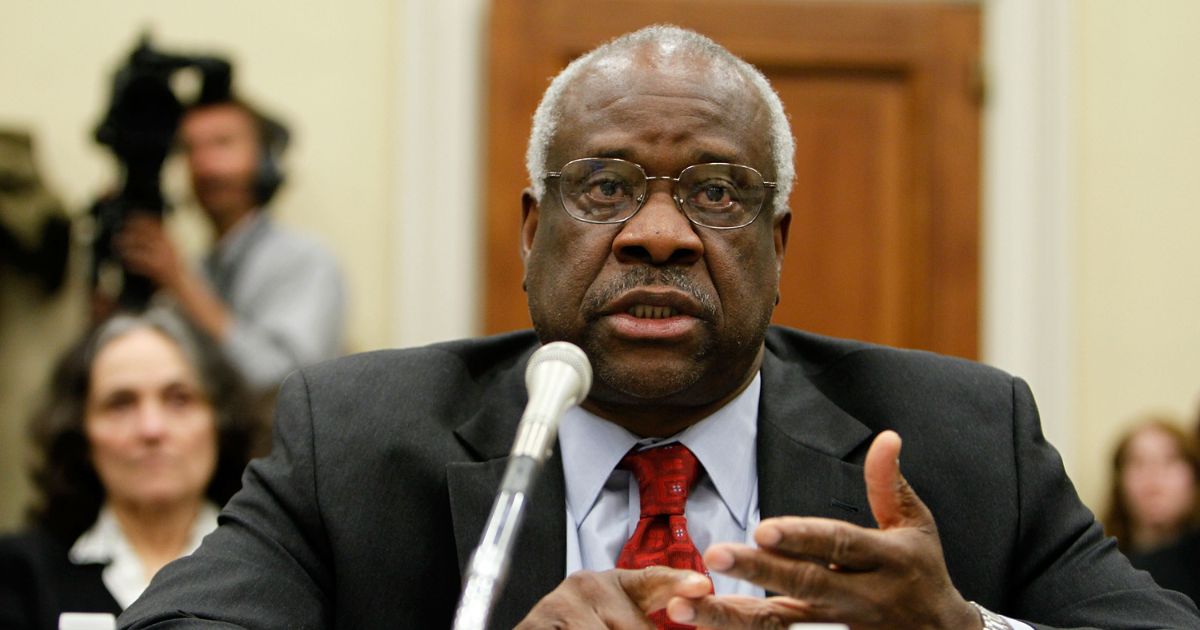 For years now, Alexandria Ocasio-Cortez has been at the forefront of the Democratic Party.

At the forefront, AOC has led the party into a nosedive so fast and furious that Democrats may lose everything and more during the 2022 and 2024 elections.

Her over-the-top, aggressively radical, far-left ideals have alienated the party from much of its base and, on June 26, she went too far yet again.

Agitated that the Supreme Court decided a right to privacy doesn’t necessitate a right to kill your unborn child, AOC told NBC News that its time to impeach the court’s justices.

In the plan she laid out, it sounds like the young congresswoman wishes to have every originalist member of the court removed from the bench. She even went as far as to name Clarence Thomas as being impeachment-worthy.

Billionaire Speaks Candidly About Biden: He's Either Lying to America or Truly Clueless

“If we allow Supreme Court nominees to lie under oath and secure lifetime appointments to the highest court of the land and then issue, issue without basis — if you read these opinions — issue without basis rulings that deeply undermine human civil rights of the majority of Americans,” AOC said.

“There must be consequences.”

She then went on to forward the left’s favorite lie — that Amy Coney Barrett, Brett Kavanaugh and other justices on the court lied about respecting the precedent of Roe v. Wade.

Of course, there’s no factual basis for this claim, as Heritage Foundation Senior Legal Fellow Thomas Jipping lays out quite nicely here.

Could the Democrats impeach Clarence Thomas?

AOC isn’t one to let the facts get in her way, however. The young congresswoman went on to lay out a case for Thomas’s impeachment.

“I believe that violating federal law in not disclosing income from political organizations as Clarence Thomas did years ago, is also potentially an impeachable offense,” AOC told NBC News.

According to Fox News, this non-disclosure AOC is referring to has to do with the fact that, from 2003 to 2007, Thomas’s wife worked for the Heritage Foundation, a conservative think tank.

It doesn’t appear that the Thomas family violated any “federal laws” by failing to disclose her work history, as AOC claimed.

But perhaps AOC shouldn’t be the one judging others on their family dealings, given that she has been accused of funneling campaign funds to her boyfriend.

If AOC and Warren Get Their Way, Be Prepared to See This Next Time You Visit a National Park

“I believe that not refusing from cases that one clearly has family members involved in with very deep violations of conflict of interest, also impeachable offense,” the congresswoman said.

“And I believe that this is something that should be very seriously considered including by senators like Joe Manchin and Susan Collins.”

Well as long as she “believes” it, I guess those things should be impeachable offenses and we should impeach every originalist justice.

Or, just maybe — hear me out here — we shouldn’t follow the whims of a millennial Marxist.

Perhaps there should be consequences for some of the justices, but not for the few of them actually doing their jobs.

The Dobbs ruling overturned bad precedent that didn’t fall in line at all with our constitution.

But AOC, the left and their appointed “living document” justices don’t want to uphold the Constitution.

They want the court to subvert their duty by reinterpreting our founding documents to say whatever is necessary to forward their big-government agenda.

Fortunately, thanks to former President Donald Trump’s three appointees to the court, such a takeover isn’t going to happen anytime soon.