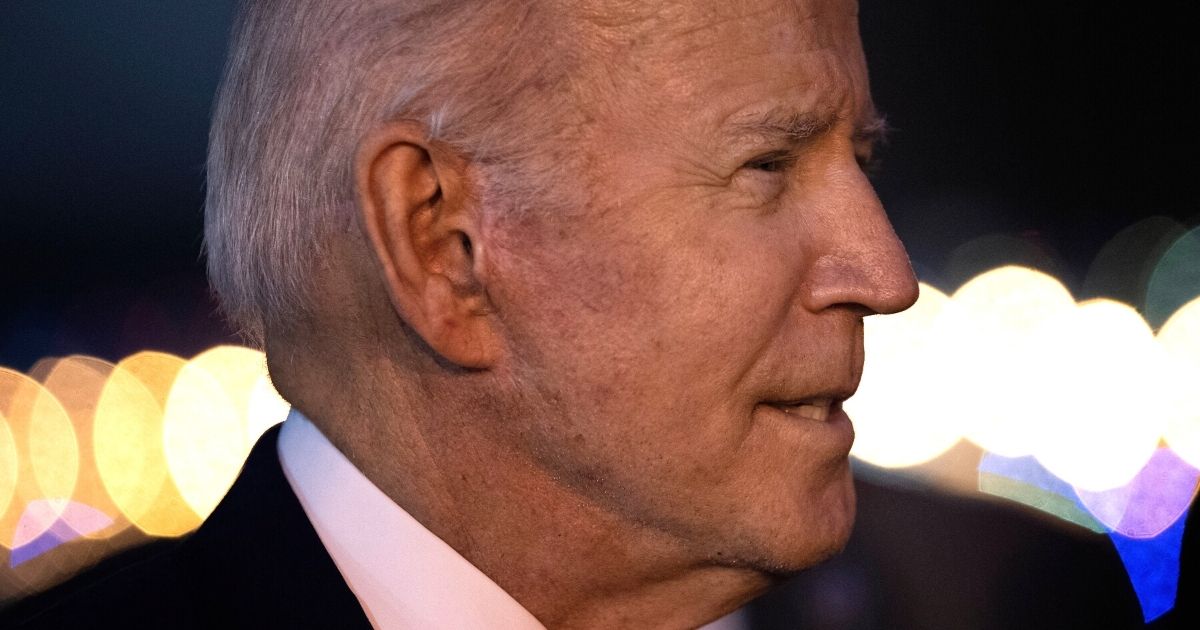 Congressional Republicans plan to pressure Democrats to pull the plug on any funding to enforce the Biden administration’s vaccine mandate, according to a new report.

The concept is this: With the current continuing resolution that funds government operations expiring Friday, conservatives are mulling the use of procedural mechanisms that would force a government shutdown as a means of blocking any money that would be used to enforce the mandate, according to Politico.

The Biden administration issued a rule through the Occupational Safety and Health Administration to force employers with 100 or more workers to have them all vaccinated. The rule, which is in limbo pending court challenges, would be enforced by inspectors who monitor compliance.

Republicans are looking for a deal that would ensure that no matter what the courts ultimately decide, the rule has no practical clout because there is no money to enforce it.

Absent that, as indicated by Republican Sen. Mike Lee of Utah, it is time for another round of brinkmanship over the possibility of a shutdown.

As Lee indicated, procedures can be used to drag out the process of approving a new continuing resolution because Senate rules requiring unanimous consent make it possible for one senator to slow down the process so that even if a new resolution is approved to fund the government, it is not in place when the current one ends Friday at midnight.

“I’m sure we would all like to simplify the process for resolving the CR, but I can’t facilitate that without addressing the vaccine mandates,” the senator told Politico’s Playbook.

“Given that federal courts across the country have raised serious issues with these mandates, it’s not unreasonable for my Democratic colleagues to delay enforcement of the mandates for at least the length of the continuing resolution,” he said.

Republicans, who have been sidelined for most of this year by Democratic tactics that have forced major legislation through without the need for a single GOP vote, have indicated in the past that they might link approval of a new resolution to fund government operations with a halt to implemention of the mandate.

Would you support a government shutdown if it blocked the Biden vaccine mandate?

In November, Republican Sen. Roger Marshall of Kansas said he did not want to approve a continuing resolution if the dollars were going to enforce a vaccine mandate, and he fired off a letter to Senate Majority Leader Chuck Schumer to that effect.

“President Biden is waging a cruel campaign to punish unvaccinated Americans — depriving them of their ability to provide for their families,” said the letter, which was signed by Marshall, Lee and nine other GOP senators.

President Biden is waging a cruel campaign to punish unvaccinated Americans. My colleagues and I will use all means at our disposal to make sure no American has to choose between jab or job. pic.twitter.com/T5X1AC2z9l

“This is nothing short of immoral,” they wrote. “There are so many humane ways to defeat this virus. Depriving law-abiding citizens of their livelihood must not be included among them. …

“To that end, please be advised (many weeks in advance of the current spending period, which ends on December 3, 2021) that we will not support — and will use all means at our disposal to oppose — legislation that funds or in any way enables the enforcement of President Biden’s employer vaccine mandate. Nor will we vote for or support cloture on any continuing resolution in the absence of language protecting Americans from this action.”

Republican Rep. Chip Roy of Texas also has been calling for tough tactics.

“I’m calling on my colleagues to stand strong and NOT fund the government that’s going to go do PROPAGANDA on our kids and go put these UNCONSTITUTIONAL MANDATES in place.”

On @HARRISFAULKNER Rep Roy calls on Rs to #SayNoToVaccineMandate as next month’s shutdown deadline looms: pic.twitter.com/G2zM1NowGr

“There is leverage immediately in the Senate, and we think that House Republicans ought to be backing up any number of Senate Republicans … to use all procedural tools to deny the continuing resolution passage Friday night — unless they restrict use of those funds for vaccine mandates,” he told Politico this week.

Schumer already has begun the blame game. “If Republicans choose obstruction, there will be a shutdown entirely because of their own dysfunction,” the New York Democrat said Tuesday, according to NBC News.

Roy noted that even if Republicans do not use this week as a time to take a stand, they can do so when Congress considers the National Defense Authorization Act.

“The main point is we have lots of tools at our disposal over the next several weeks to force Democrats to have to come to the table,” he said.


The Western Journal is pleased to bring back comments to our articles! Due to threatened de-monetization by Big Tech, we had temporarily removed comments, but we have now implemented a solution to bring back the conversation that Big Tech doesn't want you to have. If you have any problems using the new commenting platform, please contact customer support at [email protected]. Welcome back!