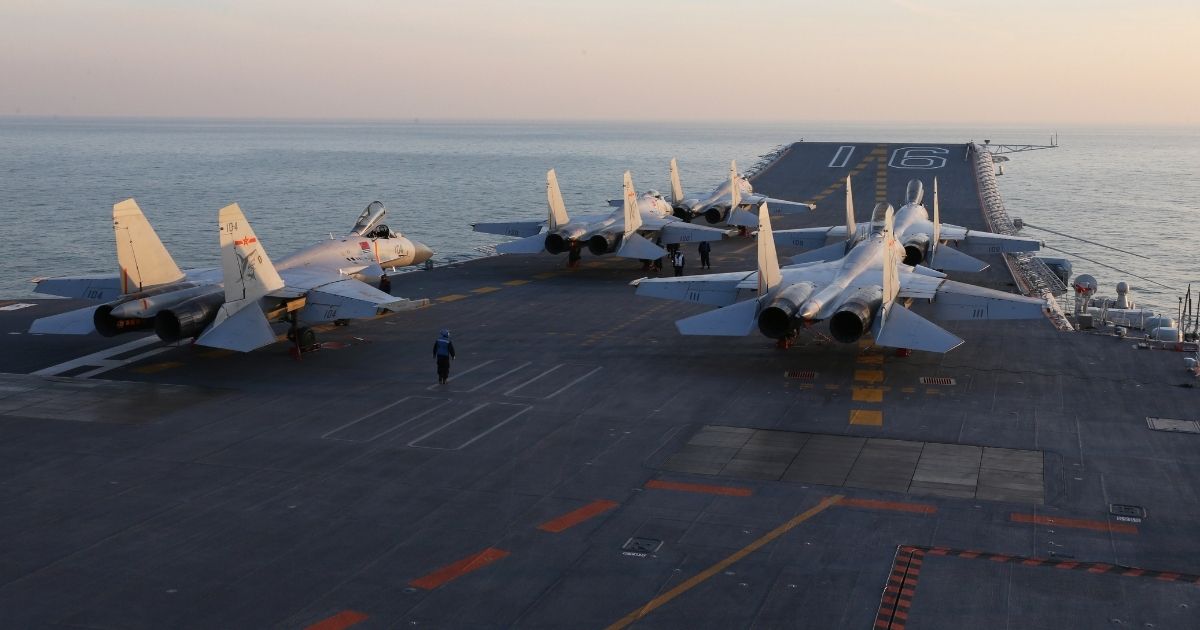 It’s likely that no one was more pleased by President Joe Biden’s disastrous withdrawal from Afghanistan than Chinese President Xi Jinping. After several years of dealing with former President Donald Trump, a man who was unafraid to flex his country’s military and economic muscles, Xi was delighted to have a competitor in Biden whom he could easily outmaneuver on the world stage.

Xi could no doubt hardly believe the great gift that was handed to him when Biden hastily pulled U.S. troops out of Afghanistan last month after abandoning Bagram Air Base and sophisticated military equipment worth over $80 billion before withdrawing all Americans and Afghan allies from the country.

To say the Chinese leader was emboldened would be an understatement. His diplomats wasted no time using the moment to attack the U.S. record, comparing the Afghanistan defeat to the American humiliation in Vietnam in 1975.

On Thursday, Taiwan announced it had submitted an application to join the Comprehensive and Progressive Agreement for Trans-Pacific Partnership (CPTPP), according to the U.K.-based The Guardian. CPTPP “is the region’s biggest free-trade pact, accounting for around 13.5% of the global economy,” The Guardian reported.

Video Shows Al Sharpton Forced to Shut Down Border Press Conference When Protesters Descend: ‘Get Out of Texas'

China also submitted its own application to the trade group last week, according to The Guardian.

Suffice it to say that China opposes Taiwanese membership in this group and has ratcheted up the pressure on the island nation in response. The Chinese reacted immediately to Taiwan’s announcement by scrambling 24 planes — including two nuclear-capable bombers — into Taiwan’s air defense identification zone, the Guardian report said.

The BBC defines an air defense identification zone as “an area outside of a country’s territory and national airspace but where foreign aircraft are still identified, monitored, and controlled in the interest of national security.”

Do you believe that Biden would come to Taiwan's defense against Chinese aggression?

This certainly isn’t the first time China has used its military might to intimidate Taiwan, but it is the largest since June. China has stepped up these incursions over the past year. This is the CCP’s way of expressing their disapproval for perceived acts against them.

China sent an aircraft carrier task group and warplanes to simulate a siege on Taiwan in April. According to the Chinese state media outlet Global Times, the purpose of this exercise was to show the country that China has the capability of blocking any of their defenders, namely the U.S. or Japan, from assisting them in the event of a siege.

The situation heated up again in June when the Chinese air force sent 28 warplanes into Taiwan’s air defense zone after G-7 leaders issued a joint statement which, according to Reuters, admonished the Chinese “for a series of issues and underscoring[ed] the importance of peace and stability across the Taiwan Strait, comments China condemned as ‘slander.'”

Two weeks ago, prior to Thursday’s display of Chinese aggression, Taiwan announced plans to seriously beef up military spending. With the Taipei government painfully aware of the threat posed by the mainland, a new bill proposes an expenditure of $8.7 billion over a five-year period, according to The Wall Street Journal.

“The proposal … [would] fund the acquisition of homegrown precision missiles, high-performance naval ships and weapons systems for existing warships. The new spending would be on top of Taiwan’s annual military-related budget, which is set to grow 4% in 2022 to a record $15.1 billion,” the report said.

At the time of the announcement, Gen. Chen Huang-rong, deputy head of strategic planning at Taiwan’s Defense Ministry, told reporters, “In the face of severe threats from enemies, our military urgently needs to obtain mature weapons capable of being produced on a large scale.”

Meanwhile, the expense of dealing with Chinese harassment is huge all by itself. In 2020, according to a Reuters report from December, Taiwan reported spending nearly $1 billion scrambling its air force against Chinese sorties like the one last year.

The expense of missions like this is a drop in the bucket for the gargantuan communist country. For the island nation, however, which must scramble fighter jets of its own in response to these provocations, each incident takes a toll on its comparatively smaller defense budget. Remember, these are foreign fighter jets with precision parts; anything needed likely cannot be produced domestically and will cost a premium for Taiwan.

Mainland China can easily run these air missions and drain the Taiwanese of the resources needed to fight. If the incursions increase in number and Taiwan eventually finds itself without the money to field its entire fleet of F-16s, at some point Taiwan might simply be unable to afford to defend its own airspace.

Communist China could effectively whittle down the Taiwanese air force without firing a single shot.

About the only power on earth in a position to prevent that would be the United States government and its military — still the most powerful in the world.

Unfortunately, Biden’s example in Afghanistan has put Taiwan and other American allies facing the threat of Chinese aggression that meaningful help from the U.S. could be a weak proposition at best.